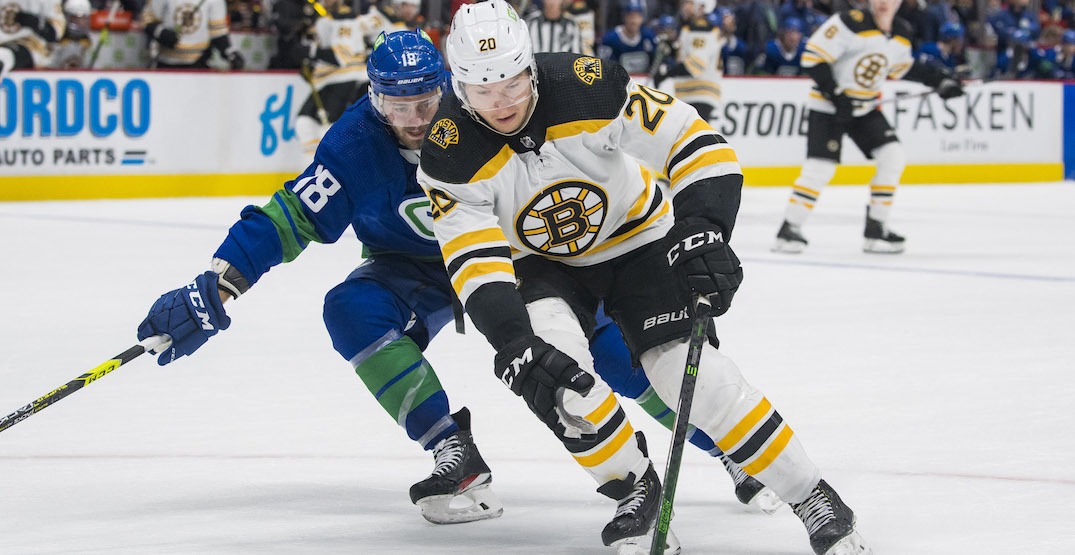 As a kid living in Salmon Arm, Curtis Lazar grew up a Canucks fan.

An NHL player since 2014, in an interview with Don Taylor and Rick Dhaliwal on CHEK, Lazar admitted that he’s kept an eye on the team from his home province, even through stints in Ottawa, Calgary, Buffalo, and Boston.

And in a matter of weeks, Lazar could end up back in BC, as a member of the Canucks.

A pending unrestricted free agent, Lazar said he’s still hoping to get “some dialogue going” with the Bruins. Free agency opens on July 13.

A first-round pick in 2013, Lazar never turned into the player the Ottawa Senators hoped he’d be when they selected him 17th overall. But the 27-year-old could be a fit for the Canucks, as a right-shot centre that can kill penalties.

Lazar scored 16 points (8-8-16) in 70 games for the Bruins last season and ranked fifth among Boston forwards in shorthanded ice time.

While Lazar indicated that he would make a business decision in free agency, he also admitted playing close to home would be “pretty cool.”

“It would be pretty cool. As you guys know, [I’m a] BC boy. I was that kid that grew up with Canucks colours painted in my room watching that team through all the ups and downs,” Lazar said. “Still to this day I keep close tabs on the Canucks cause that’s the way I was raised.”

“Being a Vancouver Canuck would be pretty special for sure.”

Earlier we spoke with BC boy @CurtisLazar95 about being a pending UFA and if a return home might interest him.