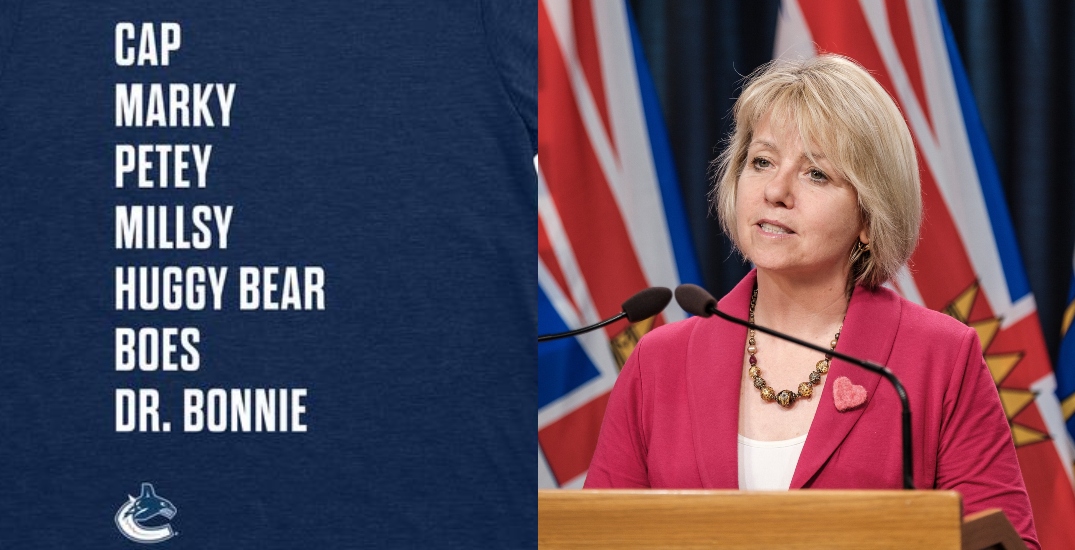 The Vancouver Canucks have added the most popular person in British Columbia to their playoff T-shirts.

The recently-released player nickname T-shirt has a new addition, with Dr. Bonnie Henry being added to the shirt that contains a list of nicknames of the Canucks’ six-best players.

The Canucks did get Dr. Henry’s blessing before adding her name to the shirt, which is raising money for charity. The T-shirt is available for $28 through Vanbase.ca, with all proceeds benefiting the Canucks for Kids Fund COVID-19 relief efforts. 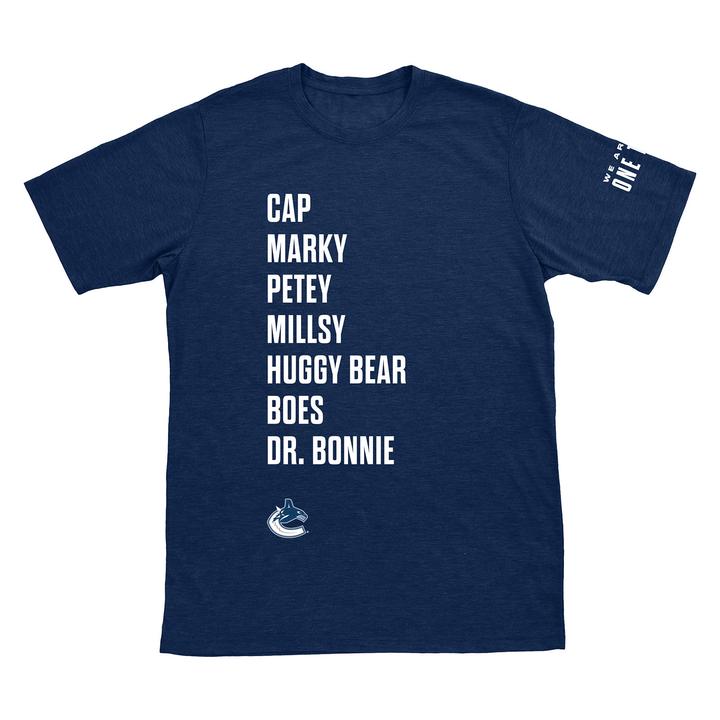 Adding Dr. Bonnie to the shirt was appropriate, given the Canucks’ postseason slogan is “We Are All One Team.” Other new items at the online store include playoff rally towels, and the postseason fan pack, which is sold out already and now available for purchase through pre-order.