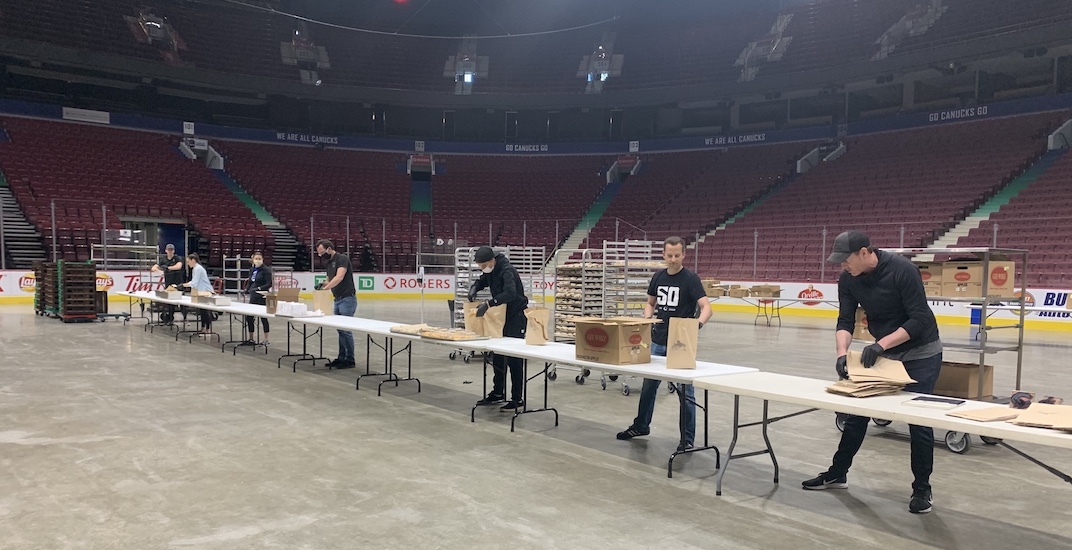 The charitable arm of the Vancouver Canucks has announced that it is donating $500,000 toward COVID-19 relief.

The Canucks for Kids Fund (CFKF), which typically raises money throughout the year to support children’s charities, is broadening its mandate due to the pandemic.

CFKF is now focusing on charities that nourish the community, as well as care for seniors, youth, and families.

“This is unlike anything that’s been seen before,” said Canucks for Kids Fund Executive Director Alex Oxenham in an interview with Daily Hive. “We wanted to do our part to support our fans who are suffering right now. There’s no one that hasn’t been impacted by this pandemic.”

A majority of the money will be allocated to feeding the community, as $200,000 will go towards both Salvation Army and Strathcona Community Centre. A team of about eight to nine Canucks staff have been preparing meals for the less fortunate in front of 18,000 empty seats at Rogers Arena, while following BC health guidelines of frequent hand washing, disposable gloves, and two-metre distancing.

“Every day at the arena we turn the arena floor into a wonderful, very safely social distanced assembly line of bagged lunches for the community,” Oxenham added.

Much of the money raised came from an online 50/50 raffle held by the Canucks earlier this month, which raised $248,848. Fans are encouraged to donate what they can to coronavirus relief, through the Canucks website.

“These funds come from our fans, and we’re just really grateful for their generosity and we couldn’t do it without them.”