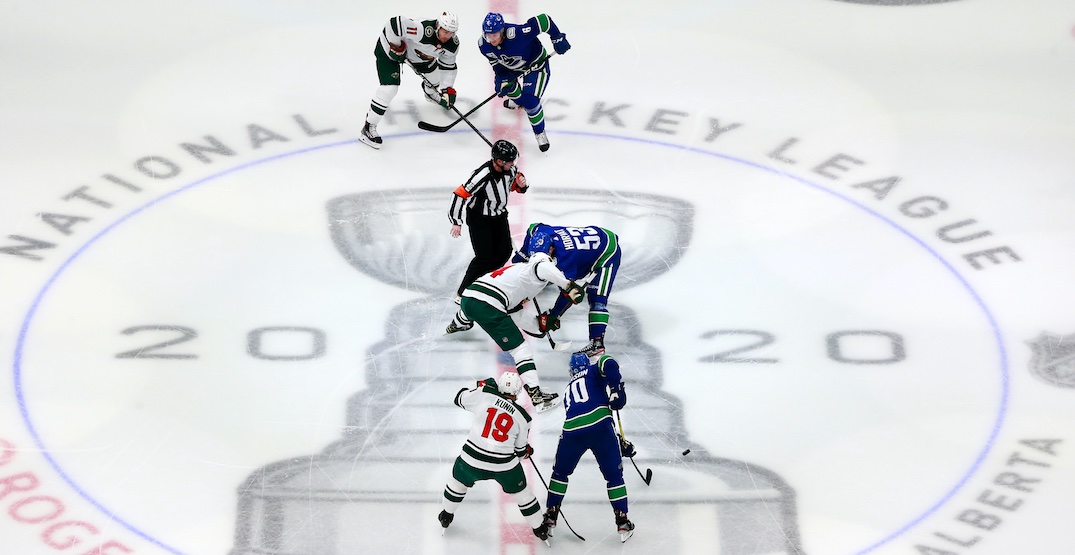 Start thinking of excuses to get out of work now.

The NHL has announced the start times for Thursday’s postseason games, which includes a rare weekday matinee game for the Vancouver Canucks. Not only will fans be tuning into a Canucks game in August played in an empty arena, they’ll do so in the morning while most people are supposed to be working.

The Canucks will play Game 3 of their Stanley Cup Qualifier against Minnesota on Thursday at 11:30 am PT.

Morning hockey in August?! YOU BET!

Game 3 of Canucks-Wild is the first of three games played in Edmonton on Thursday. The Calgary Flames and Winnipeg Jets will get a more traditional evening time slot, played at 7:3o pm PT. The St Louis Blues and Vegas Golden Knights will play a round robin game in between, starting at 3:30 pm PT.

Game 2 of the Canucks-Wild series goes tonight at 7:45 pm PT.