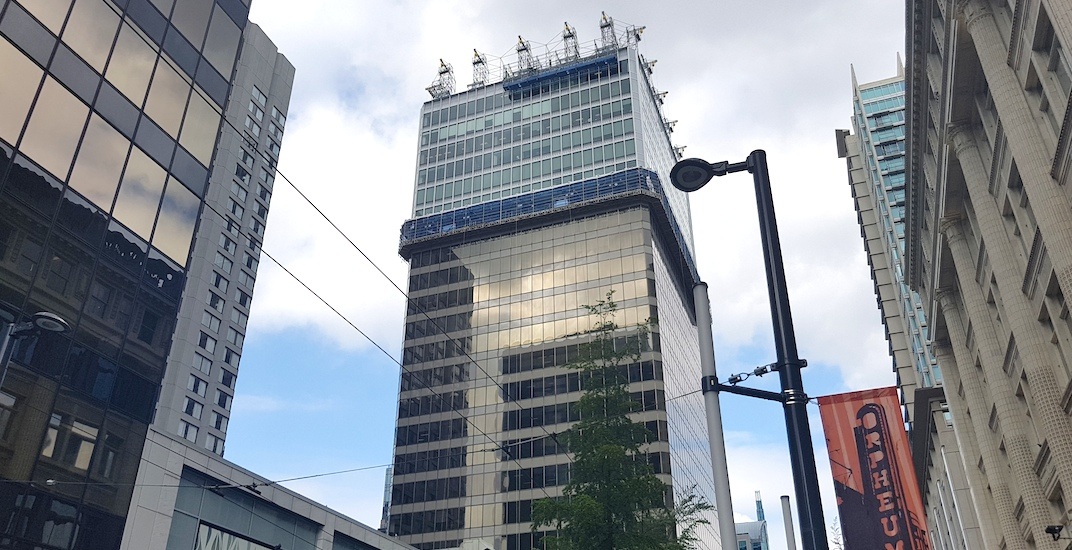 While construction work on the new exterior of the Cannacord Tower in downtown Vancouver began early this year, the stark changes are only now becoming more apparent.

The 25-storey, 329-ft-tall tower at 609 Granville Street is a part of Cadillac Fairview’s Pacific Centre shopping mall property, and it was completed in 1981.

The commercial real estate landlord first announced the project in the spring of 2017, which entails the removal and replacement of over 145,000-sq-ft of existing window panes. There will also be new vertical glass mullions between panes and architectural metal fins to provide an update to the building’s exterior appearance and introduce solar shading.

Additionally, the renovation includes installing a new framing system with a thermal insulating barrier to improve and modernize the structure’s weather and energy efficiency performance and allow more natural light to pour into the office spaces.

“This project is a great opportunity to enhance the functional performance of the Canaccord Tower, as well as its aesthetic appeal,” said Cadillac Fairview’s Tom Knoepfel, Senior Vice President and Portfolio Manager, Western Canada.

“By giving the tower a lighter, more crystalline and less mirrored appearance, we’ll ensure that 609 Granville maintains its position as a best-in-class building in Vancouver’s downtown.”

The renovations started at the top, and it uses a scaffolding system that is lowered from floor to floor as work progresses to the lower floors.

At this time, approximately a quarter of the exterior has been retrofitted. The project is expected to take over two years to complete. 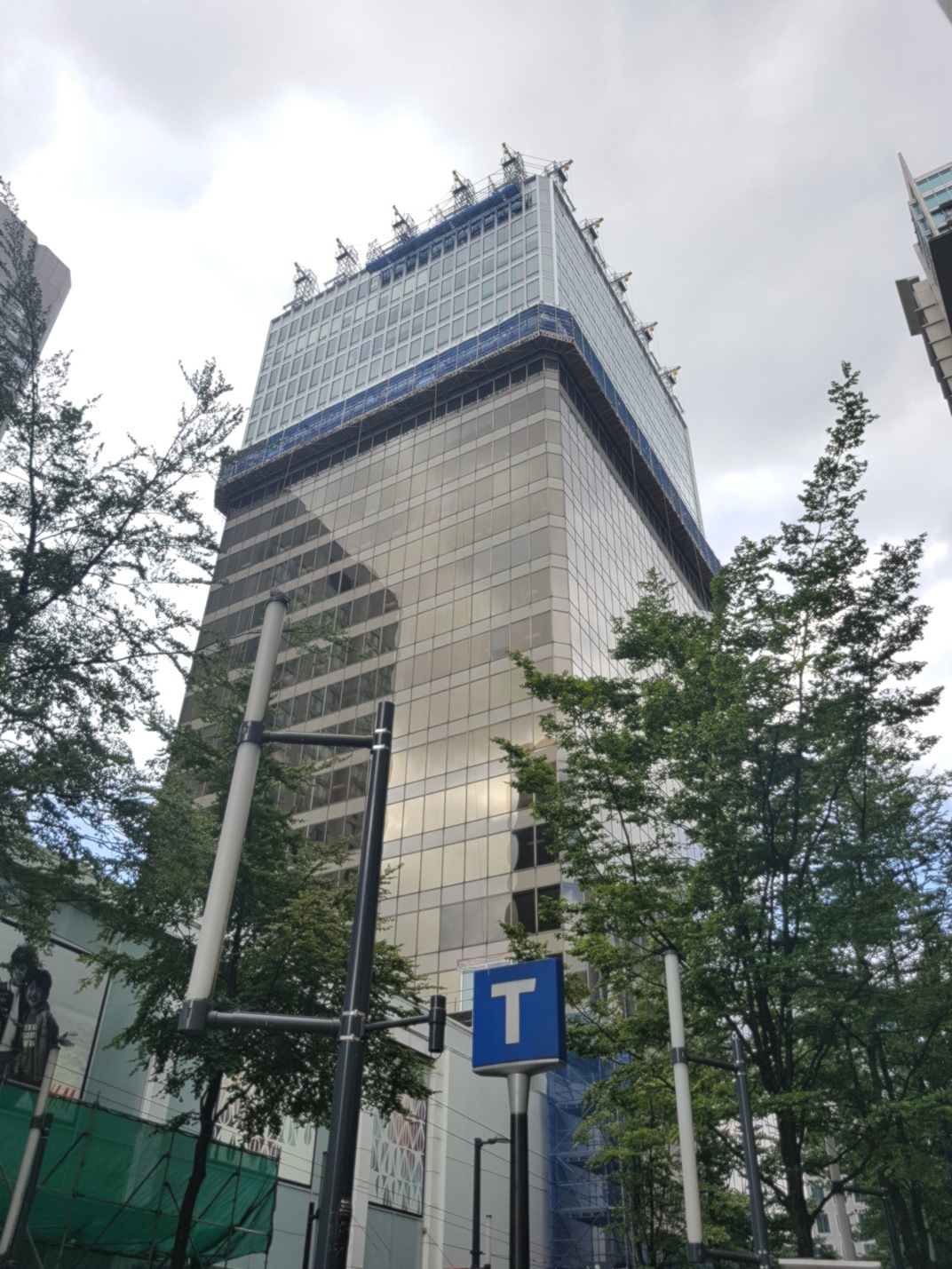 There are a number of major changes happening to CF Pacific Centre at the moment, including a 10,000-sq-ft expansion of the H&M flagship store, which includes a new exterior store facade along Granville Street.

And earlier this year, the Four Seasons Hotel chain announced it will be closing its Vancouver hotel tower located on CF Pacific Centre property. The tower is expected to undergo a significant retrofit for a new hotel-related use.

The last time a downtown skyscraper received a similar exterior makeover was in 2013 when the Sheraton One Wall Centre had its glass wall on the upper 17 levels completely replaced.

This hotel tower was previously the oddball of Vancouver’s skyscrapers with its two-toned glass – reflective dark glass on the lower levels and contrasting clear translucent glass on the upper residential levels. That year, the clear translucent glass was replaced with reflective dark glass for a consistent and whole look that fulfills the original architectural design.