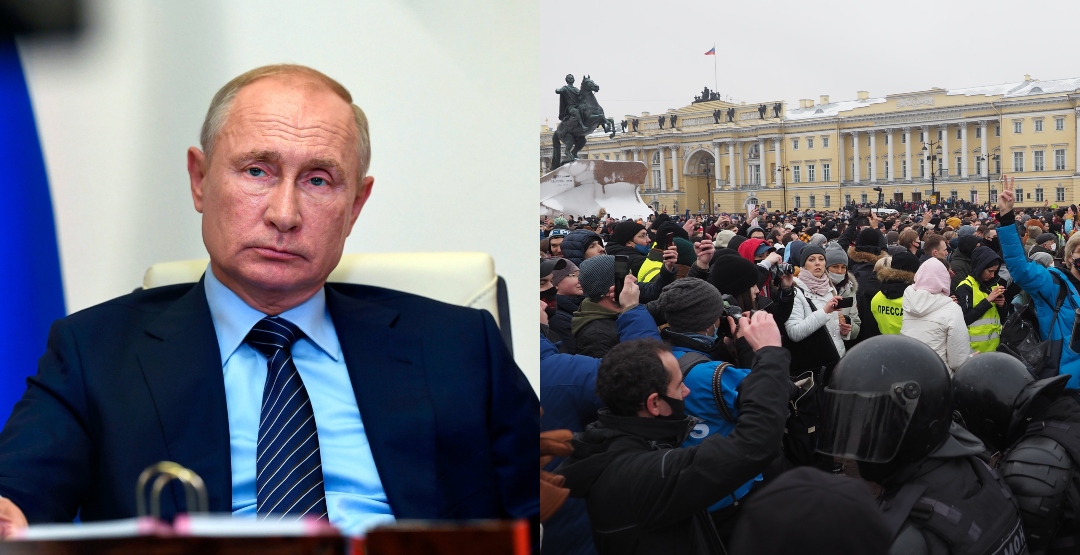 His crime? Being of Russian descent.

Malofeev apologized to his audiences and said that “every Russian will feel guilty for decades because of the terrible and bloody decision that none of us could influence and predict.”

He posted an additional message to his Facebook, in which he explained why safety concerns for his family have made him hesitant to speak to journalists.

“I still believe Russian culture and music specifically should not be tarnished by the ongoing tragedy, though it is impossible to stay aside now,” said Malofeev. “Honestly, the only thing I can do now is to pray and cry.”

Unfortunately, Malofeev’s case is not an isolated incident. It is only the latest in a long string of unjust punishments of Russian culture people who happen to be from the country.

Russian and Belarussian athletes were recently banned from participating in the Beijing Paralympics. Meanwhile, many Russian students at the University of British Columbia are unable to access their bank accounts as funds have been frozen due to sanctions.

This boycott of anything from Russian soil extends beyond current affairs. A university in Italy recently considered postponing a course about the work of the late Russian author Fyodor Dostoevsky — a man who was nearly sentenced to a Siberian prison camp for critiquing Tsarist Russia.

Unsurprisingly, pretending Russian people don’t exist will not do much to help liberate Ukraine. If anything, it will only fuel Vladimir Putin’s propaganda about the west’s plan to isolate Russia.

When Russian NHL player Artemi Panarin publicly criticized Putin and called for the freedom of Alexei Navalny — one of the president’s most vocal critics and opposition figures — he was threatened and intimated with fabricated stories about him in Russian tabloids.

Many others who have spoken out against Russia’s government have been silenced in other (more permanent) ways.

These people have been forced to pay for the crimes of their government — a government they cannot criticize without putting themselves in serious danger.

The same reality is true for China, a nation that has recently committed horrendous crimes against the Uyghur population and other mostly-Muslim ethnic groups in Xinjiang. The Parliament of Canada even deemed it a “genocide,” yet we don’t punish their citizens for the actions of the military.

Maybe it’s time we start distinguishing the individual from the problematic nation. In fact, if every human being was held accountable for the crimes of their nation, the world would just be one giant prison.

Yes, whether it be through sanctions or force, Russia should be punished for their crimes, but artists, athletes, and everyday citizens who happen to call the country home should not be the ones to pay the price — especially the many brave who have protested and openly criticized Putin’s regime.