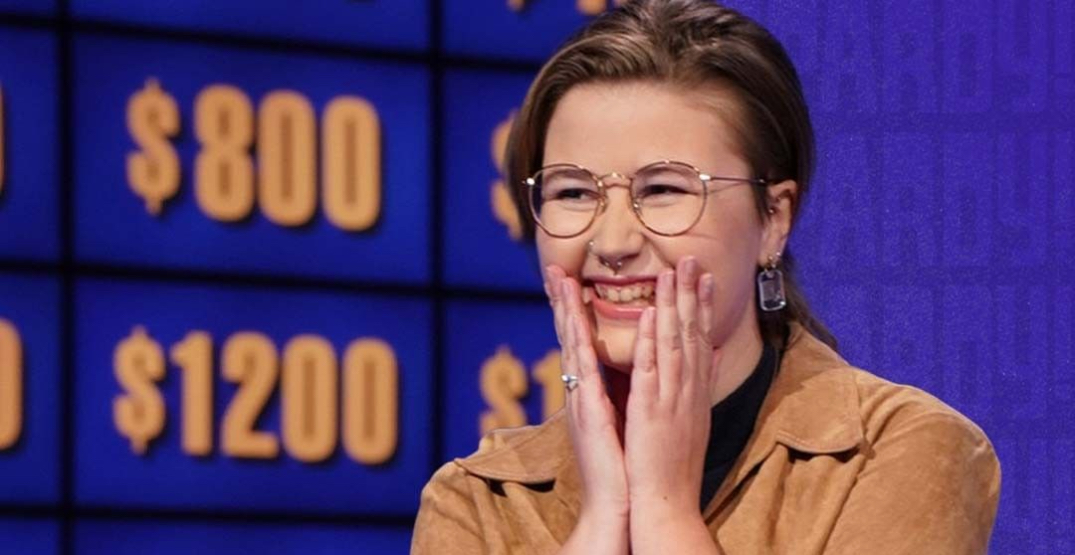 Canadian Jeopardy! star Mattea Roach is hot off a 14-day winning streak, and the 23-year-old law school tutor’s big personality is capturing the attention of Canadians coast to coast.

Roach has been gaining popularity with fans of the show for tweeting behind-the-scenes context after each episode airs.

But in a tweet covering her thoughts from a previous episode, Roach took a moment to call out any haters.

“For anyone who thinks I’m too chatty during gameplay, fair play, and I know that my style isn’t for everyone,” she said.

“But I did it during my audition, and evidently, the contestant producers didn’t have a problem with it, else they wouldn’t have put me on!”

“I’m just vibing and having fun,” she said in the tweet.

On the Jeopardy! blog, she reiterated what a good time she’s having.

“I am genuinely having so much fun,” Roach said. “I’ve told that to everyone that I’ve played against before every game. Like, have fun up there. You’ll play better and this is a once in a lifetime experience. Why would you not want to have fun?”

Me when Ken tried to goad me into wagering more money on a Daily Double in yesterday’s episode pic.twitter.com/1DTaRWyXi5

Apologies to all Canadian 20-somethings that this has happened to… if it makes you feel any better, my anecdote on the show tn is about crashing my mom’s car in a parking lot, so I’m also perfectly capable of disappointing my parents! https://t.co/6VRWf6ccGl

It was a record-book-worthy week of competition for Roach, who now ranks 8th in the game’s history for all-time consecutive games list.

“I’m only 23. So, this is like so much more money than I’ve ever seen in my entire life,” Roach said on the Jeopardy! blog. “It’s really amazing. I’m so grateful.”

We have to wait until Monday, April 25 to watch her on the buzzer again, but in the meantime Jeopardy! fans can take the show’s online quiz to see if they have what it takes to go head to head with the best.