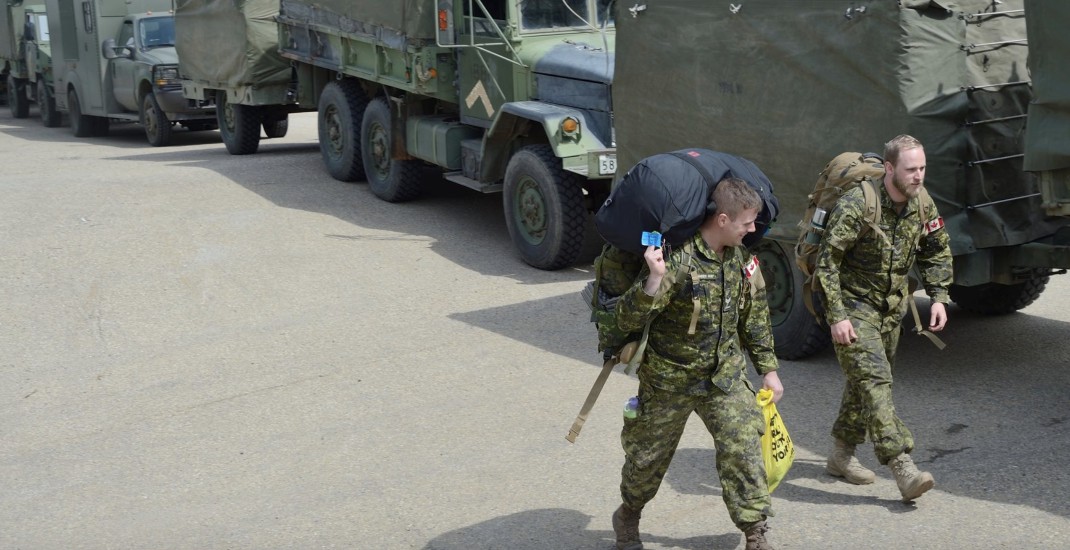 Nearly 300 members of the Canadian Armed Forces (CAF) have been deployed to the BC Interior to support flood relief operations.

The CAF initially deployed 140 personnel on May 17 and later announced that 175 more soldiers would be travelling from Edmonton, Alberta, to add to relief efforts.

BC, we’ve answered the call for help.

We`ve deployed approx 140 personnel to begin coordinating with emergency management officials to see how best we can support the flood response.

More help is on the way. Approx 175 @CanadianArmy soldiers are traveling from Edmonton, Alberta to Vernon, BC to help respond to the floods.
In times of trouble, we stick together.#OpLENTUS #BCFloods #2018Freshet pic.twitter.com/icTBUsxcnf

On May 17, Ralph Goodale, Minister of Public Safety and Emergency Preparedness, called on troops to be sent to BC after speaking with BC Public Safety Minister Mike Farnworth.

“I have spoken with Minister Mike Farnworth, regarding the flooding situation in British Columbia. On behalf of the Government of Canada, I have accepted his formal request for federal assistance to help communities affected by flooding,” said Goodale in a release.

“Troops are deploying to the affected areas and will provide assistance with evacuations, help protect key assets from flood damage, and bolster sandbagging efforts. British Columbians can rest assured that help will be provided as soon as possible.”

On Wednesday, the province announced it is encouraging people to donate to the relief efforts and will match donations to the Red Cross dollar-for-dollar, up to a total of $20 million.

“British Columbians will always be there for each other in times of crisis,” said BC Premier John Horgan.

“We’re seeing incredible strength and resilience in communities affected by flooding and British Columbians from all corners of the province want to provide a helping hand.”

Across BC, nearly 4,000 residents have been forced out of their homes and 7,000 have been placed on evacuation order.