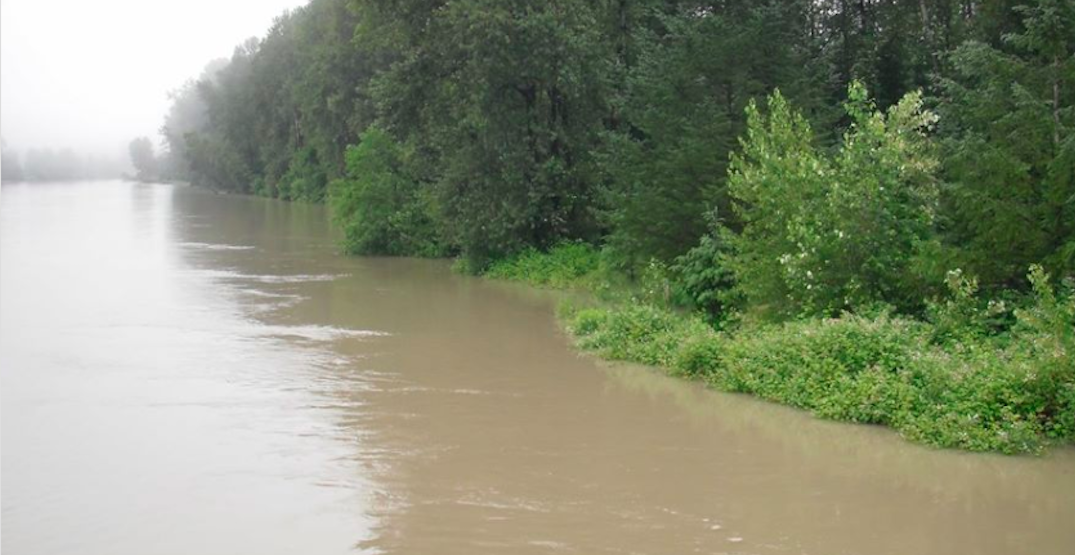 The high waters of the Fraser River. (Township of Langley / Facebook)

High water levels continue to pose a threat in BC, and now, one Metro Vancouver municipality has put part of its community on an evacuation alert, due to the risk of flooding.

On its website, the Township of Langley said at approximately 9 am this morning, the Mission Gauge reached 5.5 metres.

As a result, an Evacuation Alert has been issued by the Township for the unprotected flood plain areas of Northwest Langley and Glen Valley, as well as Brae Island and McMillan Island.

“This is not an Evacuation Order,” the Township clarified.

The difference between alerts and orders, they added, is that “Evacuation Alerts are issued to allow residents and property owners to prepare in the event an Evacuation Order is issued.”

The affected areas include the Fort to Fort Trail (now closed) from Salmon River Pump Station to the west, fronting the Fort Langley Golf course, as well as the Marina Park Trail, which is also now closed from the viewing deck east to the Marina Boat Launch.

High waters have already wreaked havoc in the BC Interior, forcing many residents to evacuate their homes.

The township said city staff are on the ground monitoring river levels, and updates will be posted as they come.