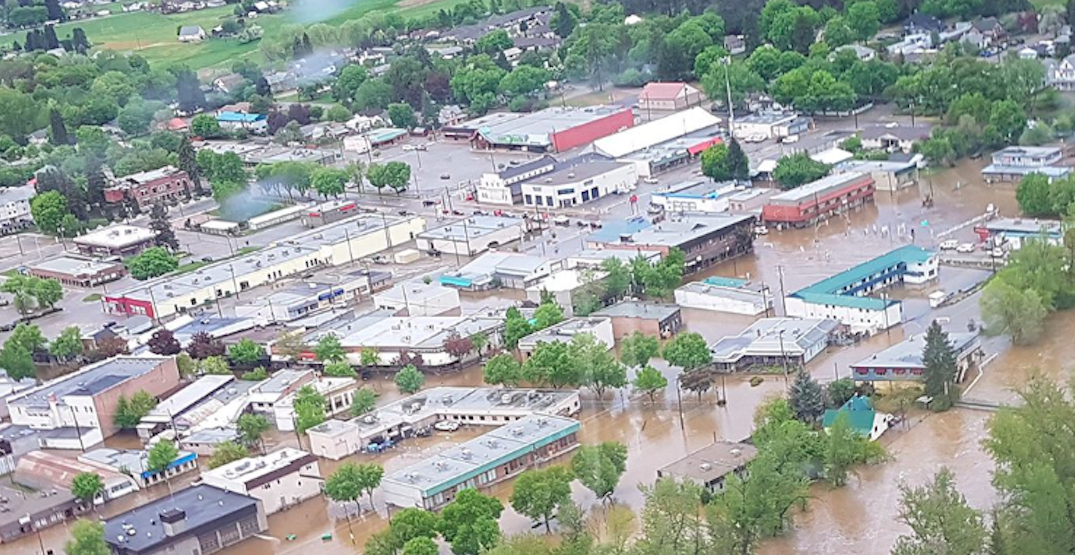 Flooding in the twon of Grand Forks, one of the many BC communities affected. (RDKB Emergency Info / Twitter)

With thousands of British Columbians forced to leave their homes due to recent flooding, and with water levels in some areas expected to rise even more this week, the provincial government has announced a new fundraising campaign for those affected by the floods, in partnership with the Red Cross.

On Wednesday, the province announced it is encouraging people to donate to the relief efforts and will match donations to the Red Cross dollar-for-dollar, up to a total of $20 million.

“British Columbians will always be there for each other in times of crisis,” said BC Premier John Horgan.

“We’re seeing incredible strength and resilience in communities affected by flooding and British Columbians from all corners of the province want to provide a helping hand.”

The dollar-for-dollar donation campaign between the Red Cross and the BC government will run from May 16 to July 31, 2018, and will apply to any individual donations from British Columbians.

Those wishing to help are encouraged to make a financial donation to the BC Floods Appeal in one of the following ways:

The government also announced this week that it will provide compensation to those who were unable to obtain flood insurance, through the Disaster Financial Assistance Program.

The program will cover up to 80% of costs to eligible businesses and homeowners, farm owners, residential tenants, and charitable organizations.

Flood-affected residents are encouraged to register with the relevant local authority for emergency social services and with the Canadian Red Cross for further assistance.