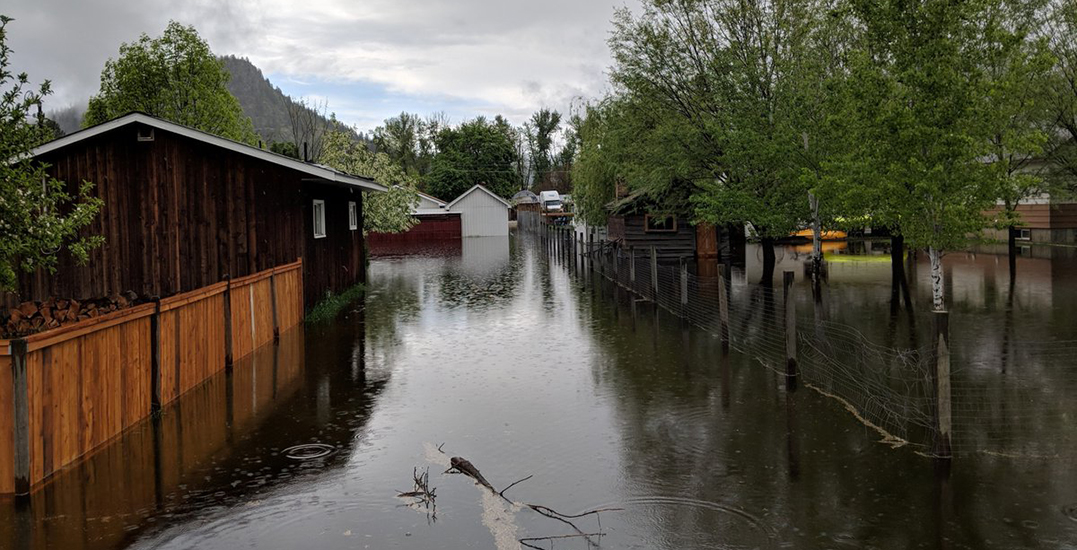 After thousands of British Columbians in the BC Interior have already been forced to leave their homes, the damage only looks to get worse as flooding and water levels continue to rise.

Environment Canada issued a special weather statement earlier this morning for the following parts of the Interior:

The announcement called for heavy rain and thunderstorms to follow throughout the long weekend that will hit a number of areas affected by the floods.

17 km on the Christian Valley road is totally submerged from the Kettle River # 2018 flooding pic.twitter.com/hOJO8Pvl2n

According to the release, “showers will continue over the Kootenays and will spread west towards the Okanagan Valley” by Thursday afternoon. There’s a high risk of heavy downpour and embedded thunderstorms.

Overall, an estimated 20 to 40 mm of rainfall is expected by late Friday.

Many communities in the Interior have already declared a local state of emergency, with rising water levels looking to threaten properties and town infrastructure.

Several highways have also been affected. Highway 3 and Highway 8 were closed due to flooding last week.

The provincial government has recently announced a fundraising campaign to help those affected by the food. The province announced that they will match donations to the Red Cross, dollar-for-dollar, for up to $20 million.

Received an official Request for federal assistance this afternoon from BC Pub Safety Min Mike @mikefarnworthbc – to help deal with serious flooding. Response is YES.

On BC flooding, federal agencies ready to help in response to BC’s official request today – including Public Safety and my colleague DefMin. @HarjitSajjan