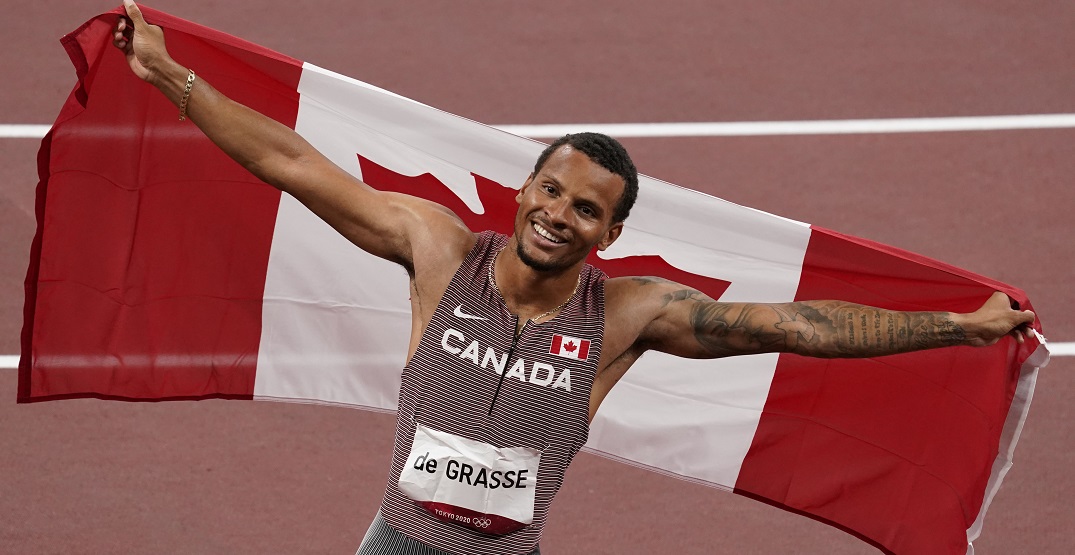 Andre De Grasse ran the fastest he’s ever run in the 200m final in the Tokyo Olympics, clocking 19.62 seconds to claim his first-ever gold medal.

With a strong final 50 metres to take the gold, De Grasse topped the podium alongside American sprinters Kenny Bednarek, who won the silver medal, and Noah Lyles, who won bronze.

De Grasse also won the bronze in the 100m event earlier this week with a time of 9.89 seconds.

Support came pouring in for Canada’s latest medallist, including a tweet from Prime Minister Justin Trudeau.

Andre De Grasse is from Scarborough too you know, love to see it 😌🏆 #Olympics

The Toronto came out of Andre De Grasse in the celebration. pic.twitter.com/J9fYzitZe0

I have photographed @De6rasse many times over the years, but this 2015 photo of him going to the basket with @22wiggins in high school might be the best pic.twitter.com/lBos3Ipba6

Even Canadian swimmer Penny Oleksiak, who has seven of her own Olympic medals as Canada’s all-time most decorated Olympian, showed love on Instagram to De Grasse. 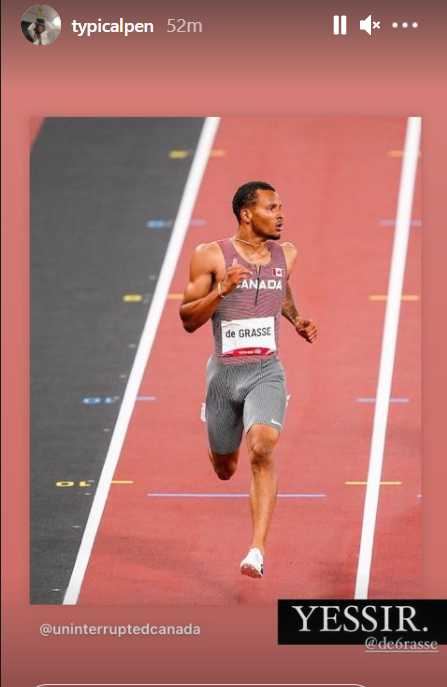 Oleksiak shared a photo with a simple caption: “YESSIR.” 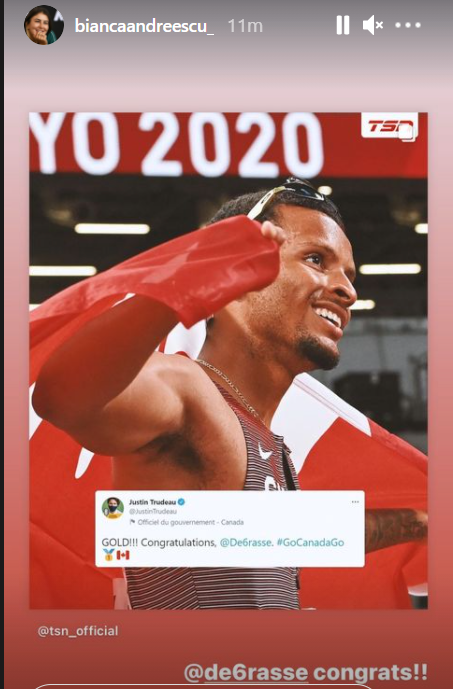 De Grasse will have a chance at a sixth Olympic medal later this week in the 4x100m relay event, where Canada is expected to be a medal favourite after winning bronze in Rio.