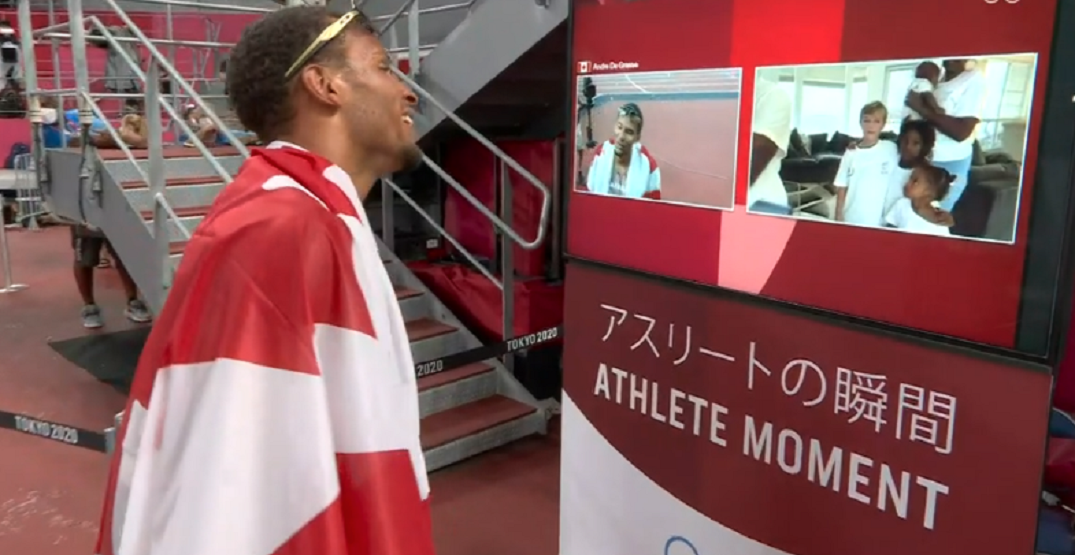 Canadian sprinter Andre De Grasse is an Olympic champion after a remarkable performance in the 200m final in Tokyo.

With a time of 19.62, De Grasse set a Canadian record and topped Usain Bolt’s time of 19.78 from the 2016 Rio Games where De Grasse himself won the silver medal.

But after coming off the track and relishing in the moment, there was no surprise who De Grasse wanted to see: partner Nia Ali and the rest of his family. The pair have two children together.

"Love you, have a good day!" – Andre De Grasse, to his family, after he just became an Olympic champion 😭 pic.twitter.com/Uis9HQFnDU

Ali herself won an Olympic medal in the 100m hurdles in Rio while competing for the United States.

“I love you… I’m coming home soon,” De Grasse said to his family. “Have a good day!”

In Sunday’s 100m final in Tokyo, De Grasse was third with a time of 9.89 seconds to finish just behind Italy’s Lamont Marcell Jacobs, who won the gold, and the American Fred Kerley, who picked up silver.

The 26-year-old De Grasse now has five medals through two Olympic Games, picking up a medal in every race that he’s entered.