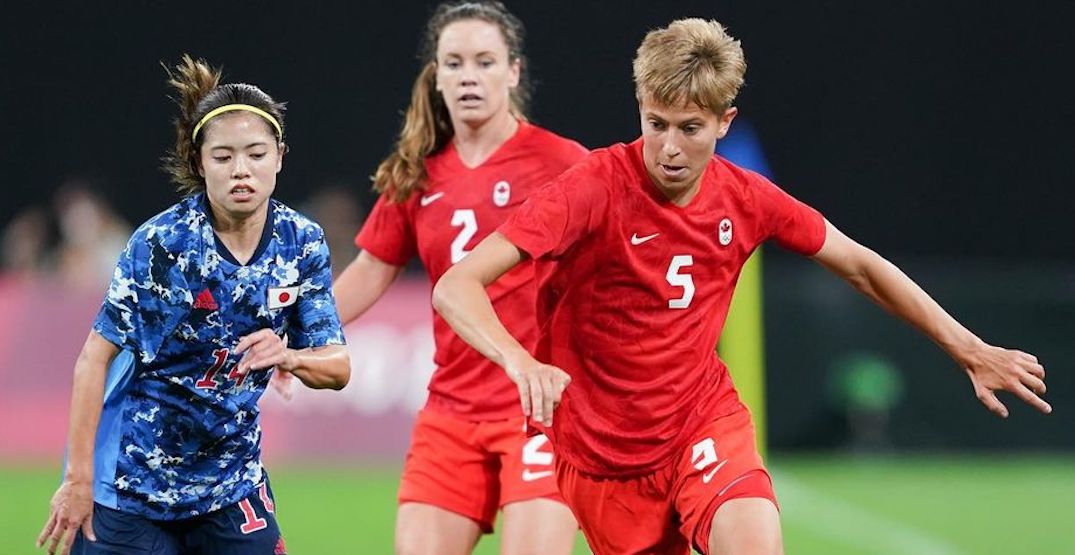 Canadian soccer player Quinn has made history as the first openly trans athlete to compete at the Olympic Games.

Quinn, who started in Canada’s 1-1 draw against host Japan on Wednesday, detailed their feelings about the experience in an Instagram post.

“First openly trans Olympian to compete,” they said. “I don’t know how to feel.”

The 25-year-old defender/midfielder made their debut for the national women’s soccer team in 2014 and publicly announced their transition via Instagram last September.

“I feel proud seeing ‘Quinn’ up on the lineup and on my accreditation,” Quinn added. “I feel sad knowing there were Olympians before me unable to live their truth because of the world. I feel optimistic for change. Change in legislature. Changes in rules, structures, and mindsets.”

Quinn has openly spoken in the past about the rise of anti-trans legislation throughout the world targeting trans athletes from competing in sports.

“Mostly, I feel aware of the realities,” their post from today concluded. “Trans girls being banned from sports. Trans women facing discrimination and bias while trying to pursue their Olympic dreams. The fight isn’t close to over… and I’ll celebrate when we’re all here.”

“As a trans person playing in women’s professional sports, my teammates are worried about how they’re getting to their second jobs,” Quinn said in a video for Uninterrupted published earlier this month. “They’re not worrying about trans participation on their teams.”

Australian weightlifter Laurel Hubbard is set to be the second openly trans athlete competing later in the Olympics.