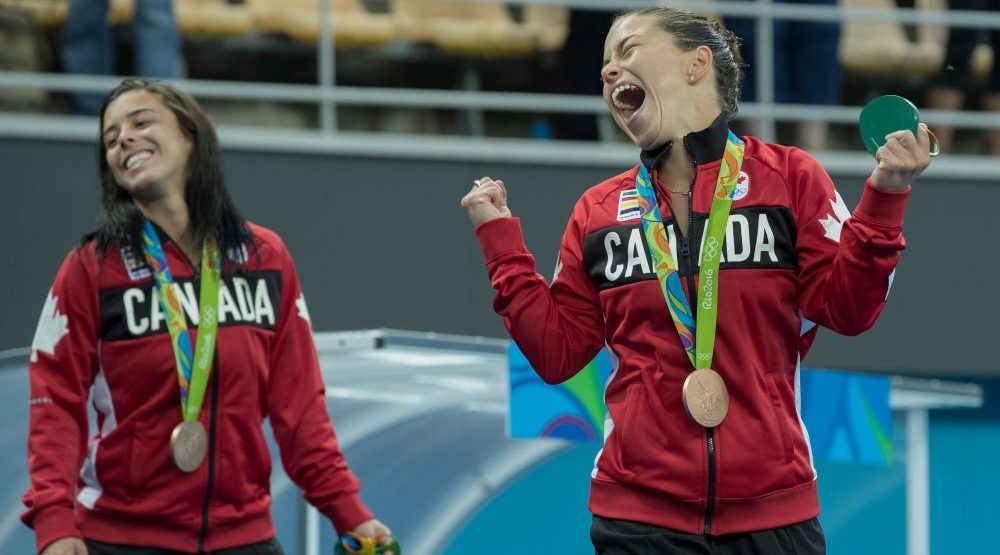 Canada is off to a historic start at these Olympics, and it’s all thanks to the women.

For the first time ever at the Summer Olympics, Canada has won at least one medal every day in each of the first four days of competition. Entering Day 5, our nation holds five medals, and all five have been won by females. 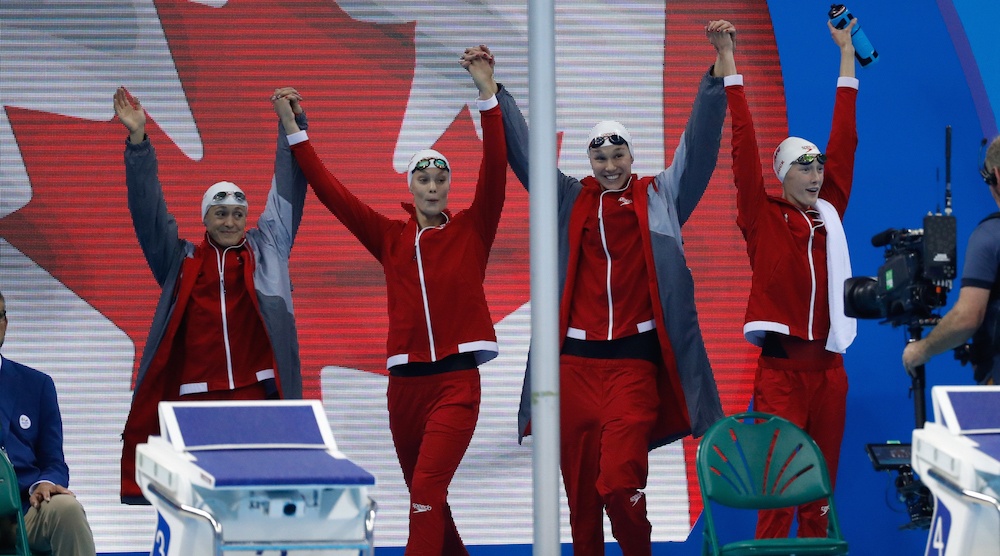 On opening day, it was the women’s 4×100 m freestyle relay team getting things going for Canada. The team of Penny Oleksiak, Sandrine Mainville, Taylor Ruck, and Chantal Van Landeghem finished third in the relay, edging out the Netherlands by almost a full second to grab a spot on the podium. 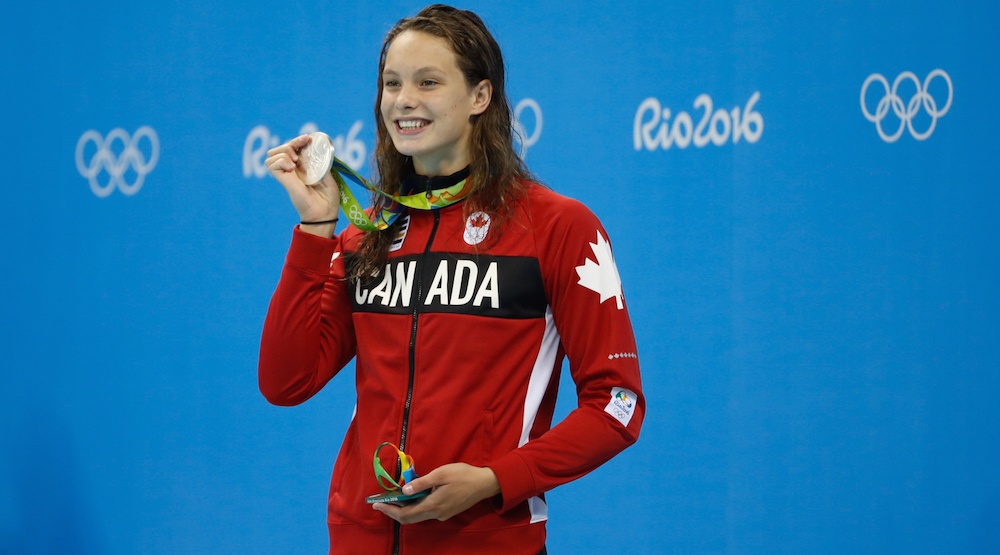 Then on Day 2, 16-year-old Penny Oleksiak snagged Canada’s only silver medal thus far with a dazzling performance in the 100 m butterfly. Her time of 56.46 seconds set a Canadian record in the event, and was just narrowly enough to beat out bronze medalist Dana Volmmer from the US.

Oleksiak is the only Canadian athlete to be a part of multiple medals at these Olympics. She’s also the first Canadian in history to win a medal in each of the first two days at the Summer Olympics. 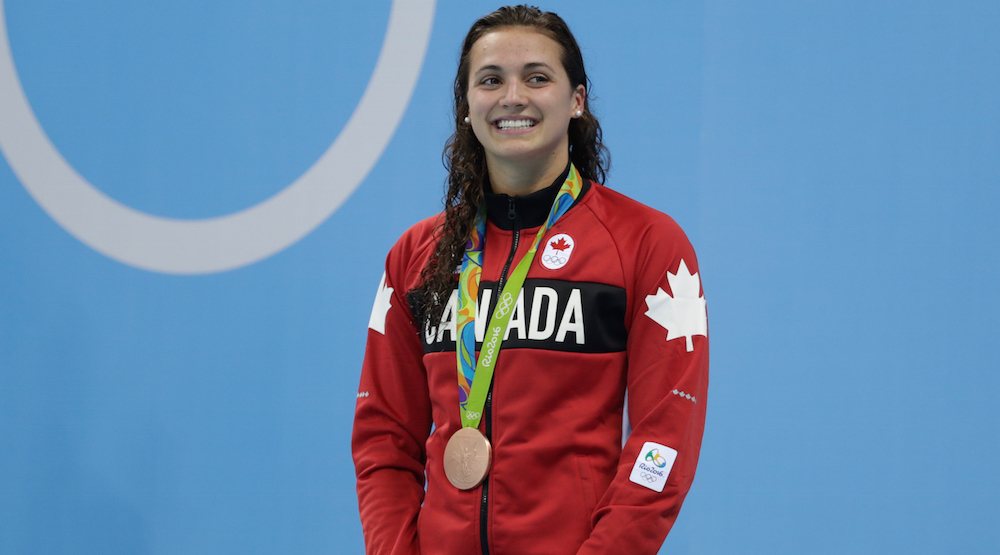 On Day 3, another medal from swimming, this time a bronze for Kylie Masse in the women’s 100 m backstroke.

Canadian women winning medals en Masse at these Olympics. #CAN

The race was close. So close, in fact, that Masse actually tied with another swimmer for bronze, and was a minuscule 0.01 seconds away from the silver. 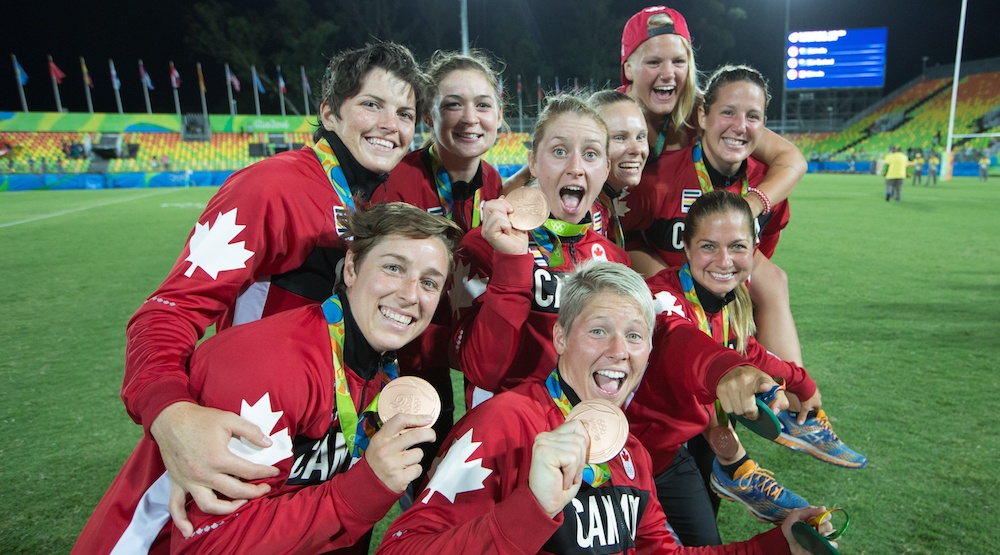 Also on Day 3, our women won a medal in rugby sevens in the first year it’s ever been featured at the Olympics. They defeated Great Britain 33-10 to take home the bronze. 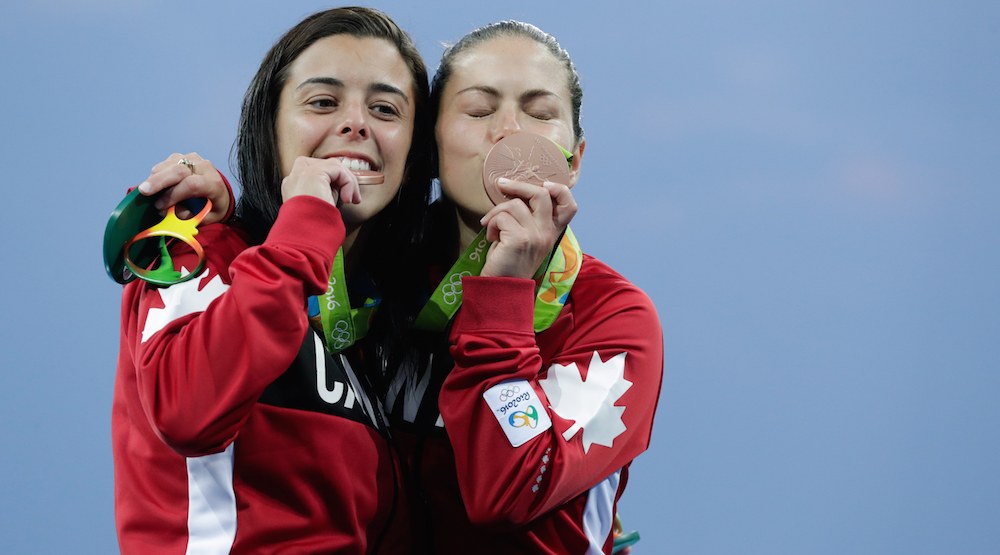 Day 4 featured yet another medal, and this time it was the synchronized diving team of Meaghan Benfeito and Roseline Filion taking home the bronze for Canada.

The two divers also won bronze in the London 2012 Olympics.

In addition to the medals already won by Canadian women, many of the female sports teams appear poised to challenge for a medal.

Our women’s soccer team – led by legend Christine Sinclair – have finished first in Group F with a 3-0 record. They defeated the #2 ranked Germany for the first time in history yesterday, winning 2-1 even while resting some of their top players. They advance to the quarter-finals, and will play France on Friday at 3pm PT (6pm ET).

The Canadian women are also doing well in basketball. Led by Kia Nurse, the team is off to a 2-0 start, already defeating China and Serbia. They’re in action again today against Senegal, who have yet to win a game in the tournament. That game tips off at 1:45pm PT (4:45pm ET).

This trend of females winning all the medals is somewhat of a new one for Canada at the Summer Games.

At London 2012, Canada won 18 medals, nine by men and nine by women. During the Beijing 2008 Olympics, Canada once again claimed 18 medals, with the men grabbing eleven of them and the women winning seven.

Overall in the history of the Summer Olympics, men have won 187 medals for Canada, and women have won 95.

Hopefully the Canadian women continue to produce medals at a record rate, but expect the men to start picking up the slack too. Santo Condorelli could challenge for a medal in the men’s 100 m freestyle taking place on Wednesday night, while tennis duo Daniel Nestor and Vasek Pospisil need to win just one of their next two games to guarantee a medal.