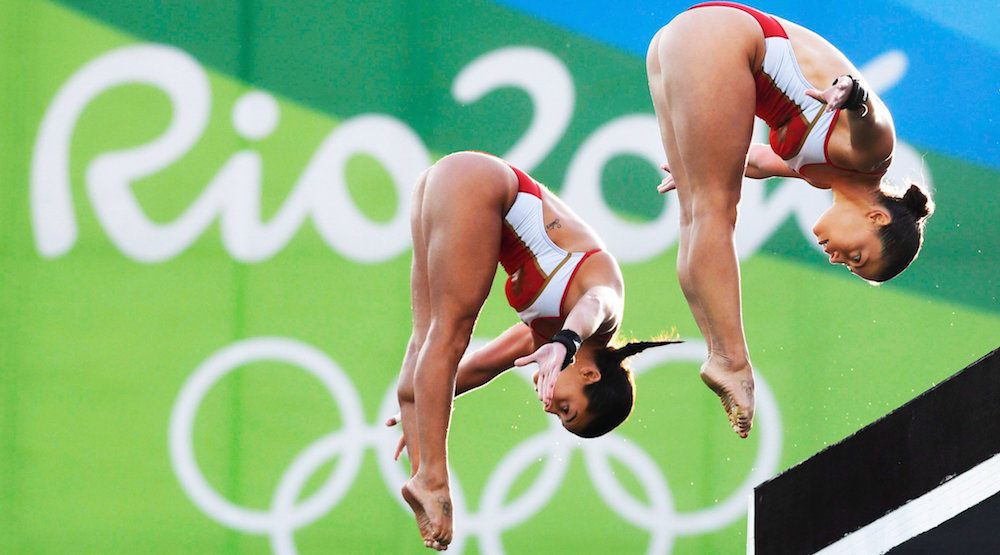 Another day, another medal for Canada in what has been a very nice start to the Games from our country. This time, Canada has captured bronze in women’s 10-metre platform synchronized diving.

Meaghan Benfeito and Roseline Filion have won Olympic bronze medals, just as they did in this competition in London four years ago.

There were some nervous moments for Benfeito and Filion in this competition. After a sub-par dives in the third and fourth rounds dropped them into fifth place, they needed precision in the fifth and final round. They also needed some help.

The North Korean team faltered badly on their last dive, opening the door for duo from Montreal.

Benfeito and Filion pulled off an excellent dive to move into third spot, but then they still needed to wait and see what Great Britain could do with the last dive of the competition. If Great Britain could match Canada’s last dive, the bronze would be theirs. Fortunately for Canada, it wasn’t close.