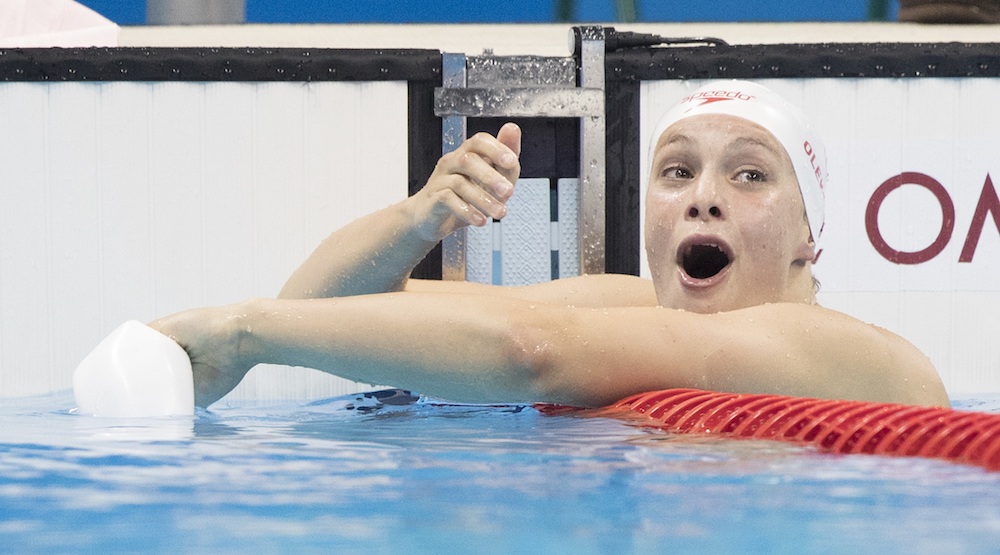 Canada now has a silver medal to go with their bronze from yesterday, and it comes from aquatics once again.

Penny Oleksiak finished second in the women’s 100m butterfly with a time of 56.46s, setting a national record in the process.

Oleksiak had a great final push to the wall, which allowed her to narrowly edge out USA’s Dana Vollmer for the silver medal. The 16-year-old finished only behind Sweden’s Sarah Sjostrom, who set a world record with a time of 55.48s.

Oleksiak was also a part of the relay team that won bronze yesterday, and has now been a part of both medals for Canada so far in Rio. She is the first Canadian in history to win a medal in each of the first two days at the Summer Olympics.