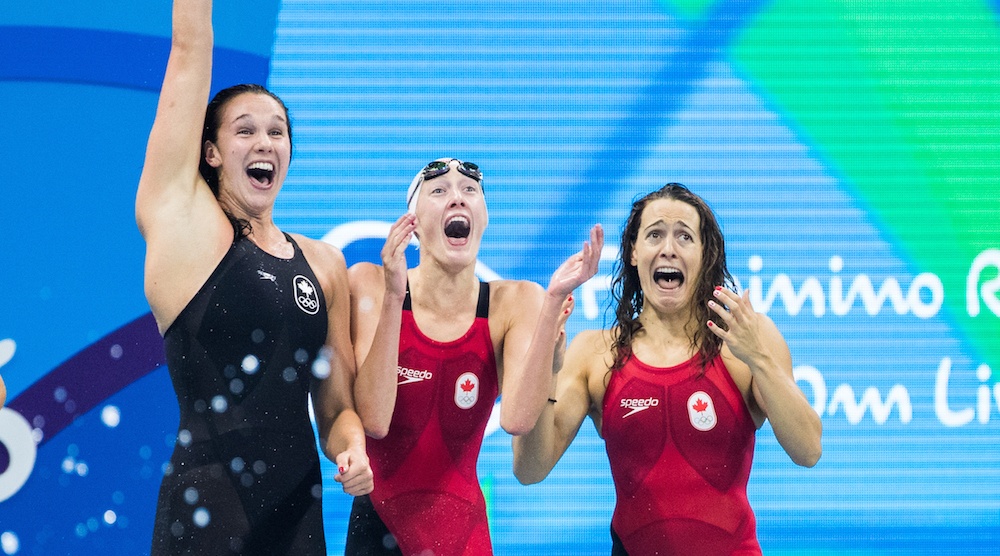 Canada has won our first medal at the Rio 2016 Olympics, winning a bronze in the women’s 4×100 m relay in swimming.

Penny Oleksiak, Chantal Van Landeghem, Sandrine Mainville, and Taylor Ruck are bringing home our first medal in 40 years in this event. Michelle Williams, who swam the heat in the morning, will also receive a medal.

Canada was in third place for most of the race, behind Australia and the United States, who won gold and silver respectively.

It’s a big win for the Canadian team, who finished fifth at the World Championships last year. Oleksiak and Ruck are both just 16-years-old, so an improvement for them in one year makes a lot of sense. Van Landeghem and Mainville aren’t exactly old either, at just 22 and 24 years-old respectively.