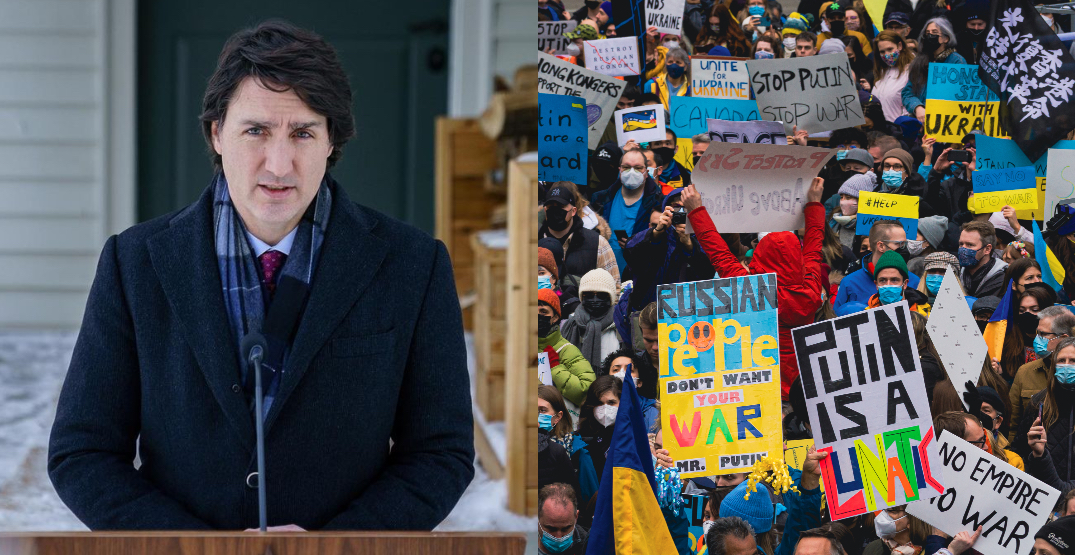 Canada is confirming its commitment to Ukraine and making it clear where it stands following Russian’s invasion.

“Today, we mark Ukraine’s Day of Resistance as the Ukrainian people once again fight to defend their homes and freedom from Russia’s further unwarranted and unprovoked invasion of their country,” said Prime Minister Justin Trudeau in a statement on Saturday, February 26.

“The Day of Resistance now serves as a call to action for the world to remain steadfast in its support for the Ukrainian people and their right to determine their own future. We hear their message loud and clear.”

“As Russian forces are attacking Ukraine, killing innocent citizens and disrupting lives, Canada, alongside our allies and international partners, is responding to Russia’s reckless and dangerous acts,” said Trudeau.

“Through serious sanctions, additional military contributions to NATO, humanitarian aid, and lethal and non-lethal equipment and ammunition, we are standing with the people of Ukraine.”

In coordination with 🇺🇸🇫🇷🇩🇪🇮🇹🇨🇦🇬🇧 I will now propose new measures to EU leaders to strengthen our response to Russia’s invasion of Ukraine and cripple Putin’s ability to finance his war machine. https://t.co/iU2waDzo9s

“Despite calls from the international community to cease its violations of international law, Russia continues to illegally occupy Crimea, destabilize Ukraine through disinformation campaigns and malicious hybrid operations, and support the conflict in eastern Ukraine.”

“Today, as President Putin attempts to illegally and unjustifiably seize Ukraine’s territory, Canada continues to be inspired by Ukraine and its people, who remain strong, resilient, and determined as they defend their country’s sovereignty,” said Trudeau.

“In these dark hours, Canada’s message to the people of Ukraine is this: You are not alone. We are standing with you. Our support for Ukraine, for democracy, and for human rights remains unwavering.”

According to the Prime Minister’s schedule, he is set to speak with many European leaders on Saturday, including:

Call with the Prime Minister of Latvia, Krišjānis Kariņš

Both Trudeau and Kariņš say they strongly condemn “large-scale military aggression by Russia against the territorial integrity, sovereignty, and independence of Ukraine,” according to a statement from the Prime Minister’s office.

Canada is set to deploy an additional 460 military personnel to Latvia and elsewhere in Eastern Europe in support of NATO.

On the call, Trudeau said he supports additional financial sanctions, including a ban on the SWIFT international payment system.

Call with the with the Prime Minister of Romania, Nicola Ciucă

In a call with the Romanian leader, Trudeau applauded Ciucă for welcoming more than 25,000 Ukrainians over the last two days.

Both leaders agreed that “France’s announcement to act as the framework nation for a NATO battle group in Romania” will be an “important step for the reinforcement of NATO’s eastern flank and for wider European security.”

Cities like Vancouver and Toronto showed their support for Ukraine with anti-war rallies this weekend, echoing the Prime Minister’s official stance on the invasion. 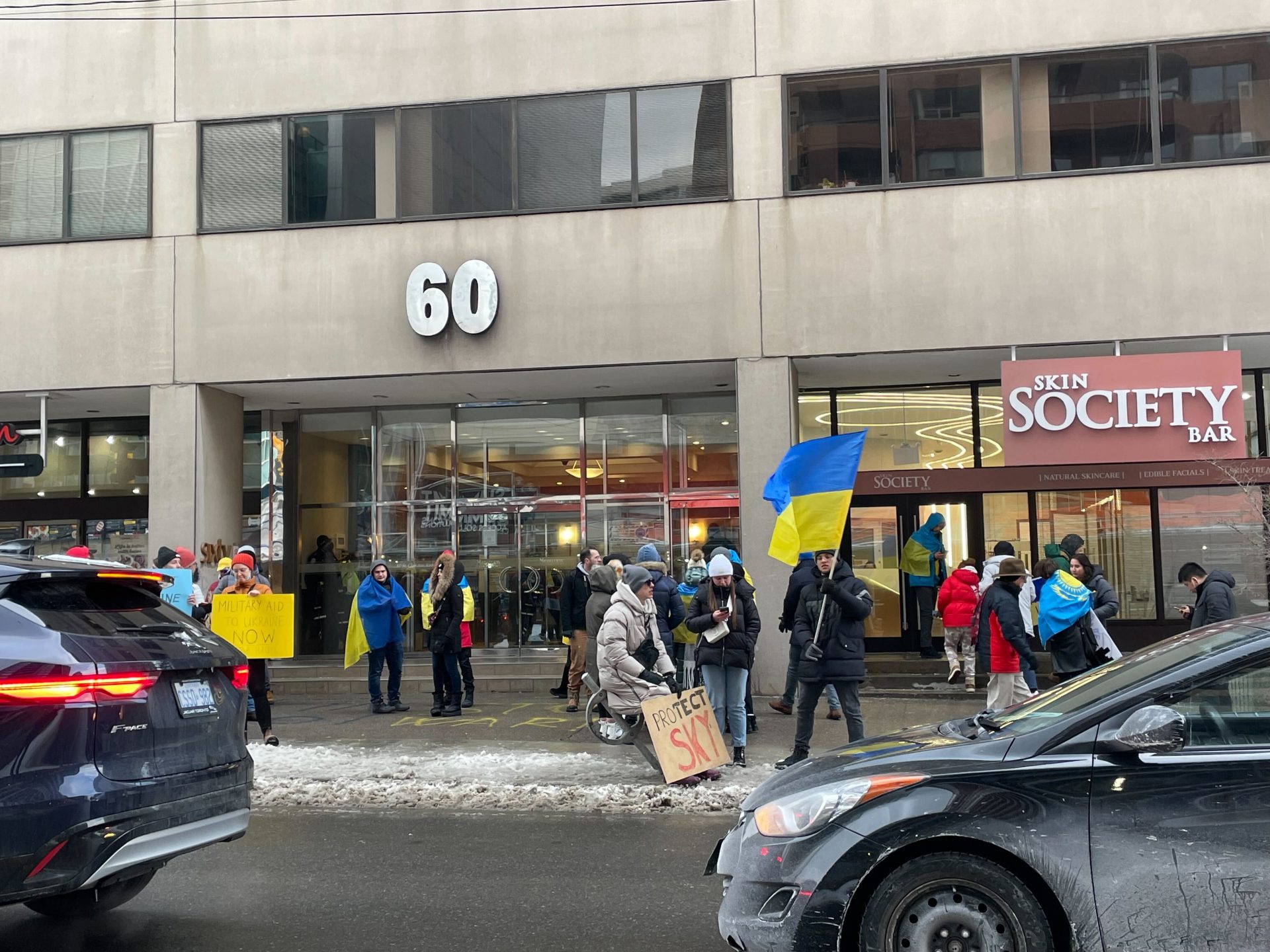 Photos from ‘Stand in solidarity with Ukraine’, a peaceful protest against the Russian invasion into Ukraine, taking place outside the Vancouver Art Gallery right now. @DailyHiveVan pic.twitter.com/B0DBgZBlgc