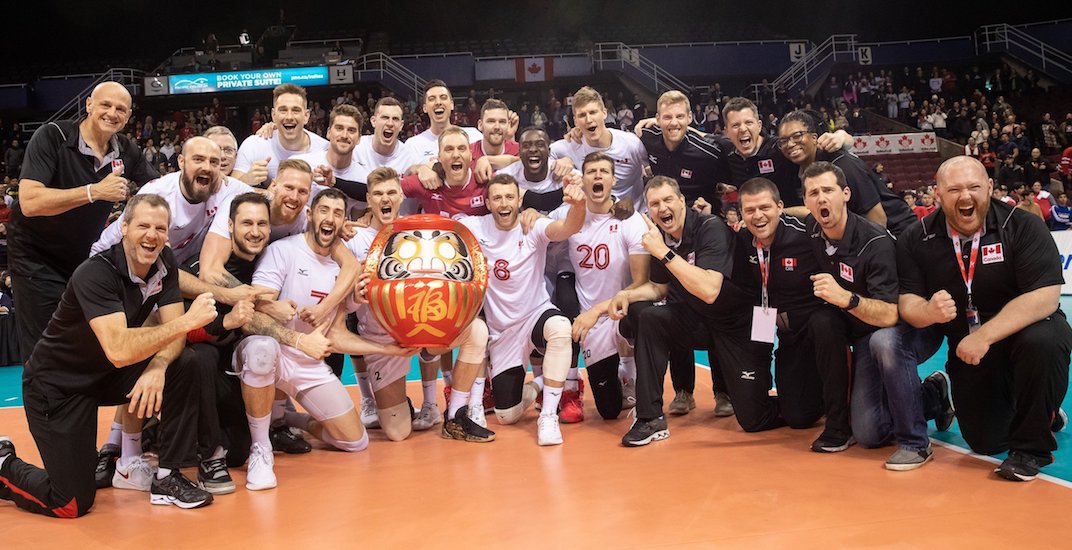 Canada is heading back to the Summer Olympics in men’s volleyball.

Playing in front of a pro-Canadian crowd at the Pacific Coliseum in Vancouver, Canada punched its ticket to Tokyo with a straight sets win over Puerto Rico (25-21, 25-15, 25-15) to secure the last remaining spot in the Olympic tournament.

Canadian men rallied back from two sets down on Saturday night to beat Cuba 🇨🇺 3-2 at the Men's #NORCECA 🏐 Qualification Tournament! 🤩

Next up ➡️ they will face Puerto Rico Sunday night! #RoadtoTokyo2020 🙌

“It was exciting for the fans, exciting for the sport and a very emotional win for us,” said Team Canada coach Glenn Hoag. “It will be my fourth time (going to the Olympics), third as a coach, it’s a great feeling every time, it’s a dream come true.”

For the first time ever, Canada will compete in consecutive Olympic Games in men’s volleyball. Our men finished tied for fifth place four years ago at Rio 2016, after ending a 24-year Olympic drought.

“It was a little hard to get to sleep last night after Cuba,” said Langley’s Daniel Jansen Vandoorn. “We had to reset, we knew it wasn’t done but we also knew the ball was in our court and it was our tournament to lose.”

“This has been the highlight of my career. It was quite the experience. I’m so proud of the fans for not giving up on us and they deserve this as much as we do.”

The Tokyo 2020 Summer Olympics begin with the Opening Ceremonies on July 24. Canada will compete in Pool A with Japan, Poland, Italy, Iran, and Venezuela. Pool B features Brazil, USA, Russia, Argentina, France, and Tunisia.

“This weekend was a product of lots of years of hard work,” said first-time Olympian Ryan Sclater of Port Coquitlam. “Lots of people are seeing us for the first time or once a year but to be able to come into the game and be confident that we’re going to go to Tokyo, that’s not something you create in the moment, it takes years of hard work.”