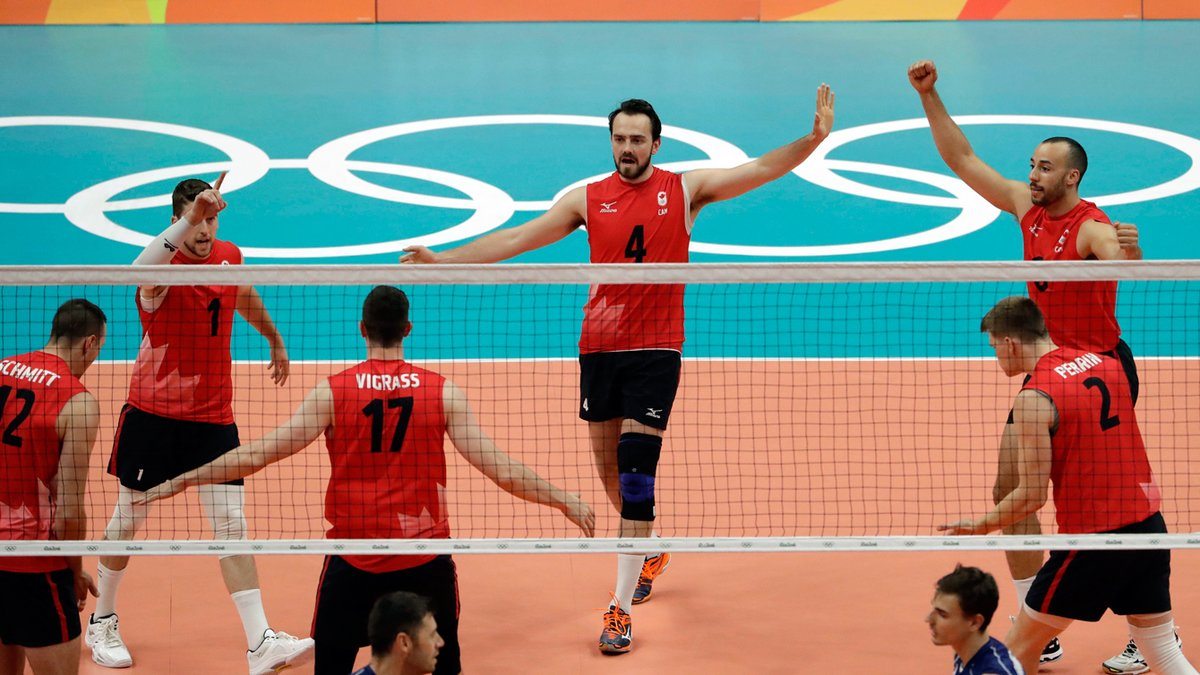 Canada’s men’s volleyball team has secured a spot in the quarterfinals after upsetting Italy today.

Italy came into the game leading Pool A with a 4-0 record, while Canada’s 2-2 record put them in a four-way tie with France, Brazil, and the USA.

#CAN stuns #ITA, wins 3-1 and advances to quarter-finals in #Volleyball https://t.co/6fDrQEMr9N

Canada had some strong digs on their end, but it was the offense that really shined in this one. It was a statement game for Gavin Schmitt, who was smashing the ball down with authority all night long.

#CAN Gavin Schmitt is an animal https://t.co/uTFdNDNgXv

With the win, Canada is guaranteed to advance to the quarterfinals, which begin on Wednesday.