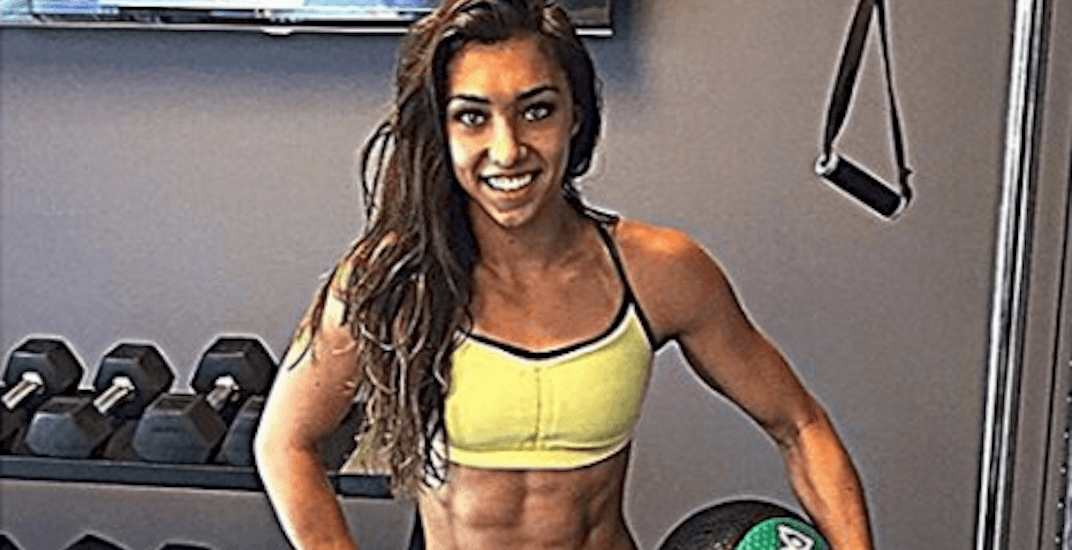 The Olympic Games is the culmination of years of preparation for the competing athletes.

It’s also a great place to up your Insta-game.

A gold medallist from Vancouver 2010, she along with ice dance partner Scott Moir were chosen as Canada’s flag bearer for the Opening Ceremony.

A three-time Olympic gold medallist, Canada fell in love with Charles Hamelin and his then-girlfriend (now-fiancée) Marianne St-Gelais at Vancouver 2010. St-Gelais is also a member of the short track team, and has won three Olympic silver medals in her career.

Work out time is the best time!! ( besides skating of course ) 💪🏻😈 #fitnessgirl

Gabrielle Daleman was just 16 years old when she made her Olympic debut in Sochi. A bronze medallist at the 2017 World Championships, she’s poised to challenge for a medal in PyeongChang.

The only thing more impressive? Her abs.

Now time to do this with some skates on 😉 Thanks @ericradford85 & @kevingeyson for the help!

A two-time Olympic silver medalist, Patrick Chan is back after a one-year break from competitive skating. As you can see from the video above, he’s still got hops.

Don’t half ass anything. Whatever you do, always use your full ass! . . 170kg deadlift and I’m just getting started

A back-to-back Olympic champion in women’s bobsleigh, Kaillie Humphries has more gold medals than most. She’s got more tattoos than most, too.

Two of my favorites 😊 @burtonsnowboards

Given that he’s from the land of flat ground in Saskatchewan, it’s amazing that Mark McMorris became an Olympic medallist in the sport of snowboarding. Also amazing? His performance in the new Olympic sport of Big Air.

A post shared by Justine Dufour-Lapointe (@justinedufourlapointe) on Nov 21, 2017 at 4:12pm PST

Most parents are happy to raise one Olympic athlete. The Dufour-Lapointe family actually raised three, with all of them competing in the moguls competition four years ago.

On or off the hill, it’s all about putting in the work. Find what drives you to get out there and Keep Going #LikeAGirl @always_brand

Dara Howell became the first-ever Olympic gold medallist in ski slopestyle four years ago in Sochi as a teenager. She’s taken some time off from skiing since then, but returns as a medal threat once again in PyeongChang.

Sébastien Toutant won his first professional event when he was just 13. Thirteen! He’s looking for his first Olympic medal this year at age 25.

Could not be more honoured and stoked to represent Canada in PyeongChang for the 2018 Olympics!!! Dreams do come true🙌🙌 A big thanks to my family and my coaches and to everyone who has supported me😊 #pyeongchang2018 #olympics

Speaking of success at a young age, Elizabeth Hosking is the youngest Canadian at the Olympics this year at age 16.

I made it!!! I can be your lucky charm in the morning😉🍀🌈 #breakfastofchampions

Mikael Kingsbury has done it all – even getting onto a Lucky Charms box – except win gold at the Olympics. He was edged out for gold by fellow Canadian Alex Bilodeau four years ago.

Natalie Spooner won gold in her first Olympic Games four years ago as part of the Women’s hockey team. She wasn’t as successful in the Amazing Race Canada, where she was a runner-up with teammate Meaghan Mikkelson.