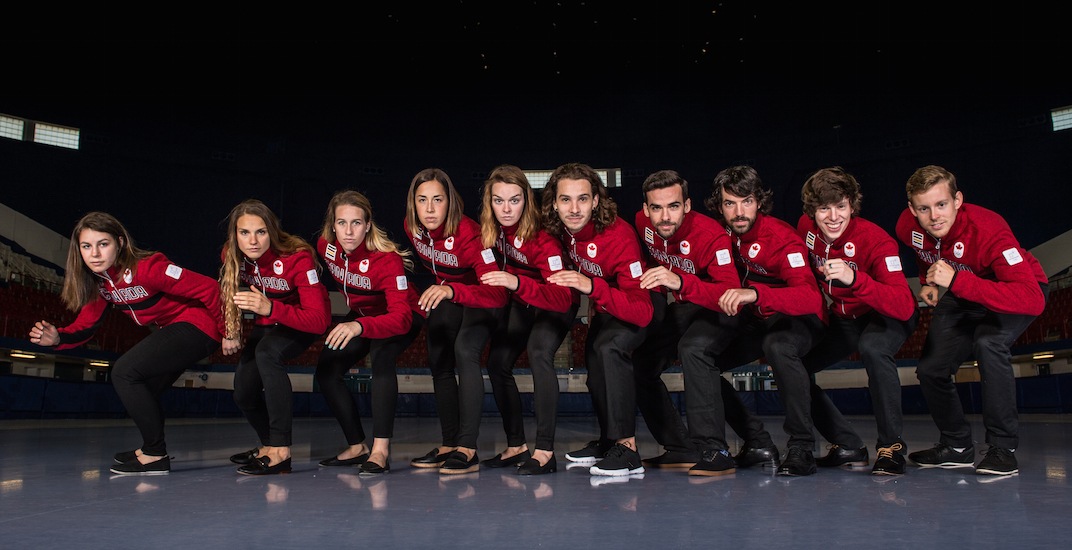 Making it to the Olympic Games as an athlete takes hard work, sacrifice, and dedication.

Watching events live on television for viewers in Canada this year will take much of the same.

With the Olympics taking place in PyeongChang, South Korea, it promises to be both confusing and challenging for Canadian viewers.

Unlike the 2016 Olympics in Rio, the time difference is drastic.

With a 14-17 hour time difference for most of Canada, today’s events will sometimes take place tomorrow in Korea.

Here are some facts about event times taking place at PyeongChang 2018, which kicks off officially on Friday:

Events before the Opening Ceremony

The Opening Ceremony begins at 8 pm on Friday in PyeongChang, which is 3 am Friday morning in Vancouver (that’s 4 am in Calgary and 6 am in Toronto and Montreal).

While ‘opening’ would infer the beginning of the Games, the competition actually begins a day earlier on Thursday morning (in Korea).

Mixed doubles curling, a new event at the 2018 Olympics, begins at 9 am on Thursday in PyeongChang – with Canada taking on Norway. That’s 4 pm PT / 7 pm ET on Wednesday back in Canada.

If you want to follow the Olympics from head to toe, get ready to work the graveyard shift. Days will begin in the evening in Canada, continuing on until the next morning.

Ok, but what about the hockey?

Here’s the full schedule relevant to Canada, sorted by sport.

*Note: Dates listed are for when the event takes place in Canada, which is often the day before it takes place in Korea (ie. 9 am in PyeongChang on Saturday is 4 pm in Vancouver on Friday).