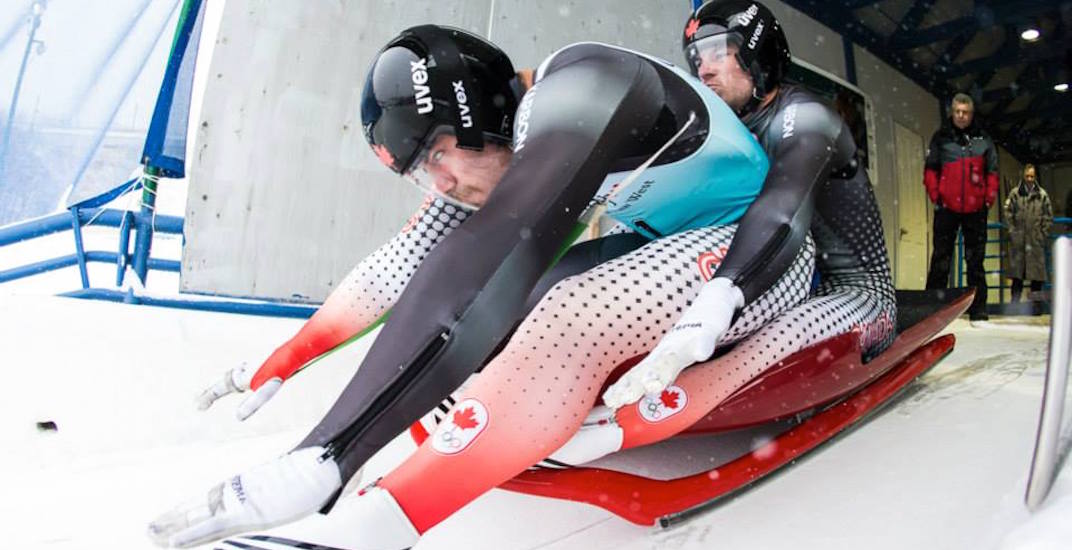 The Winter Olympics bring thousands of the world’s greatest athletes out to participate in a number of competitions and showcase their skills on a global platform.

While they all clearly require a lot of skill, training, and hard work – there’s always those sports that make us giggle.

Appreciate the athletic achievement, but for a moment, let’s focus our attention on some of the most unusual events we’ll be seeing coming out of the PyeongChang 2018 Winter Olympics.

Singles luge is fun to watch, but the doubles event takes it to the next level.

Doubles luge is a throwback to sledding with your best friend when you were a kid. The bigger one of you giving that first push and then both of you using your hands to push off and go faster, before leaning back and enjoying the ride. It’s serious business, and these people have taken a fun winter pastime and made a career of it.

It’s also probably the most romantic, and intimate event of the Olympics, as it brings these two teammates very close. It’s almost comical to see two fully grown adults stacked like pancakes on top of one-another, probably thinking “Wheeee!” as they zip down the track.

Now, of course, this takes more skill than just running as fast as you can, throwing yourself on a slightly more dangerous toboggan, and hoping for the best. But if you’re in the crowd at this event, I’m not sure how much you’re getting out of it, as these slip’n’sliders zoom past you in a flash, at speeds over 120 kph.

Spectators in Whistler got their money’s worth watching Jon Montgomery’s gold medal beer walk in 2010 though.

…Hey, there’s an idea for an Olympic sport…

This Olympic sport was first included in the Olympics in 1960, but there used to be ‘Military Patrol’ demonstration events at other Olympics in the 1930s, where teams would do cross-country skiing, ski mountaineering, and rifle shooting.

Overall, it’s a weird combo, but good for them.

Short-track speed skating is like Nascar racing on ice, with the potential for collisions at every turn.

Anything can happen in the fast-paced race, and the most important thing is not not be dead last, right? Wrong.

In some cases, being dead last on the track can be pretty sweet, as this (Australian-obscenity filled) video illustrates:

Watching ski jumping makes you clench muscles you didn’t think you had, because it’s so weirdly satisfying to see these grown adults look like baby flying squirrels on skis.

Added fun comes when you make “BOING!” sounds at the exact moment of the jump.