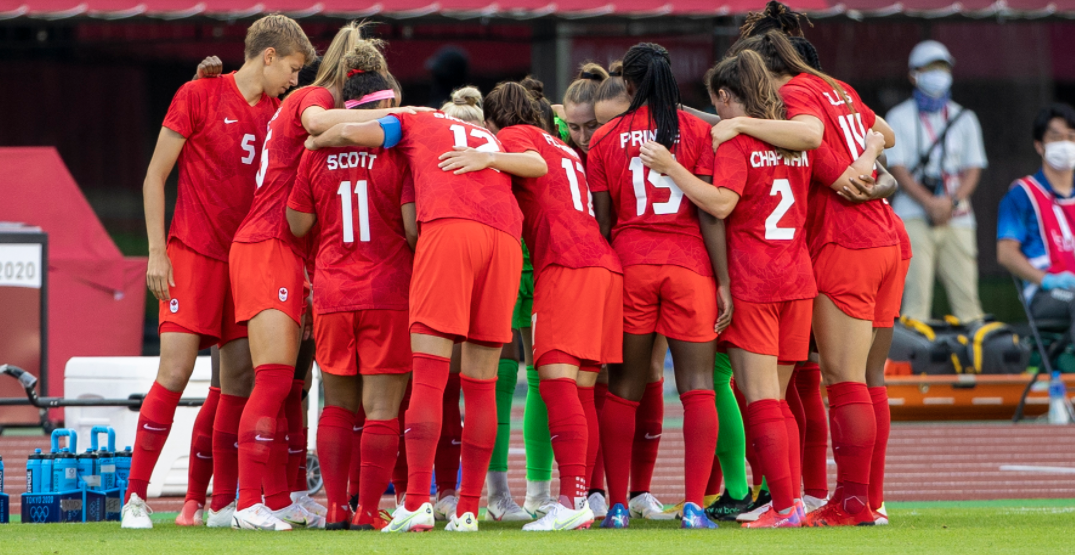 Canada is through to the women’s Olympic soccer semi-final after a wild, emotional penalty shootout victory over Brazil on Friday.

The match ended 0-0 through both 90 minutes and extra time, with Canada coming out on top 4-3 in the penalty shootout.

Goaltender Steph Labbe made the crucial save for Canada to see the national team advance to their third Olympic soccer semi-final in as many Games.

Makes the critical save and Canada moves onto the semifinals after beating Brazil in penalty kicks pic.twitter.com/y3FNEf3vzs

Christine Sinclair actually was unable to convert on her penalty, but Jessie Fleming, Ashley Lawrence, Adriana Leon, and Gilles all scored on their chances to give Canada the win.

In the other relevant quarterfinal match, the USA and Netherlands played to a 2-2 draw through 120 minutes in a rematch of the 2019 FIFA World Cup Final. But a Megan Rapinoe kick to clinch the victory highlighted a 4-2 shootout win for the Americans.

At the London Olympics, Canada fell 4-3 to the Americans in the 2012 semifinal in what’s widely considered one of the best soccer matches of all time, while they lost 2-0 to Germany back in 2016 in Rio de Janeiro.

Canada ultimately won the bronze medal in both 2012 and 2016, but has its sights set on topping the podium for the first time.

Canada will need to be at their best if they’re looking to advance to the gold medal game. Through four matches, they’ve scored just four times and won only once inside of 90 minutes. Against Brazil, they had just one shot on target, the third match in the tournament where they’ve only managed a solo attempt.

On the flip side, they’ve managed to stay unbeaten, with two wins and two draws along the way. It hasn’t been the most dominant of performances by the Canadians, but it’s tough to argue with the results.

The semifinal match between the two rivals takes place Monday at 4 am ET/ 1 am PT, and can be viewed on CBC’s channel and streaming platforms.