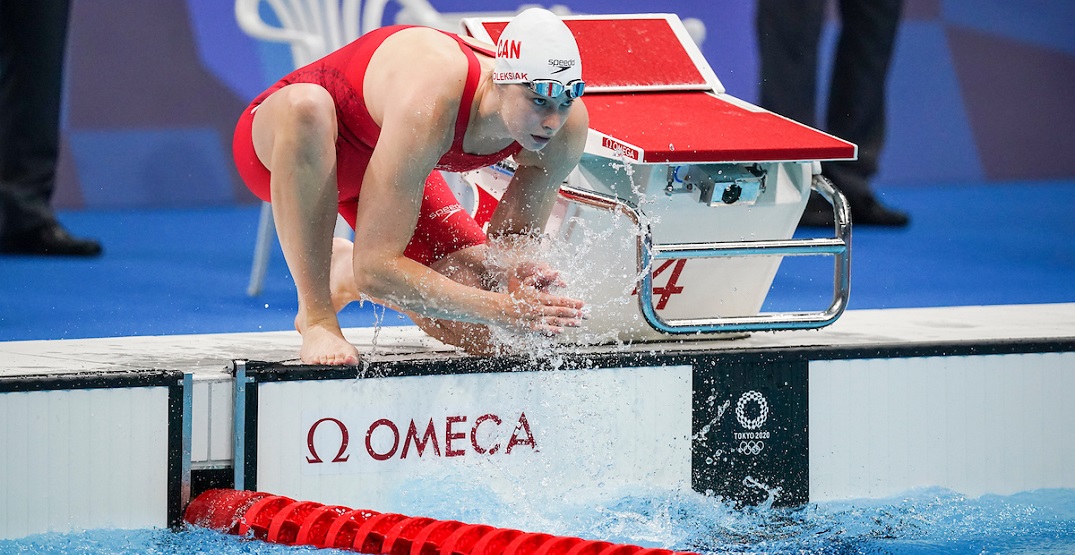 Penny Oleksiak found herself just shy of landing on the Olympic swimming podium once again today.

In the 100m freestyle, a strong finish from the 21-year-old powered Canada through to the medal with a time of 52.59. She was 0.07 seconds off of finishing bronze but set a new Canadian record in the event.

The Canadian was chasing her second consecutive gold medal for the event, having previously won it back at the Rio Olympics in 2016.

Oleksiak qualified for the final with a time of 52.86 in the semifinal, fifth in the field.

Coming out of Lane 2, Penny was searching for her third medal of this year’s Olympics and her seventh overall. Her sixth medal tied her as the most all-time decorated Canadian Olympian, equalling Clara Hughes’ six medals in speed skating and indoor cycling.

Oleksiak had already won a bronze in the 200m freestyle event. Oleksiak also won a silver medal in the 4×100 freestyle relay, along with Maggie Mac Neil, Kayla Sanchez, and  Rebecca Smith.