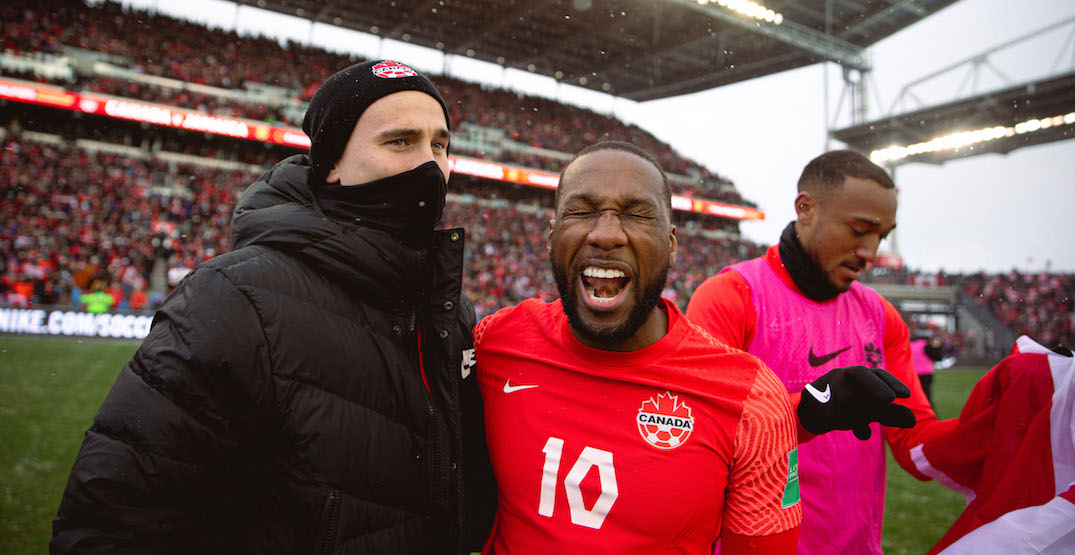 The Canadian men’s national soccer team made history on Wednesday, despite suffering a 1-0 loss in Panama.

The match concluded FIFA World Cup qualifying for Canada, with the national team clinching the top spot in CONCACAF for the first time ever — ahead of Mexico, USA, and Costa Rica.

Qualifying for the FIFA World Cup and placement on the FIFA world ranking are two different things, however. No. 6-ranked Italy can tell you all about that.

Canada’s latest two losses had ramifications, as it hurt their world ranking, meaning that Canada will be drawn from Pot 4 at tomorrow’s FIFA World Cup draw. A win in Panama would have put Canada into Pot 3.

Canada slipped five spots in today’s update to the FIFA men’s ranking, from 33 to 38. It’s the first time in a long time that Canada has actually dropped in the rankings, as the men’s team has seen a meteoric rise over the past year, culminating in an all-time high ranking in February.

Canada is now ranked ahead of four countries that made the World Cup four years ago: Australia, Saudi Arabia, Iceland, and Panama. Our country is also ahead of respectable soccer-playing countries like Scotland, Hungary, Norway, and Turkey. 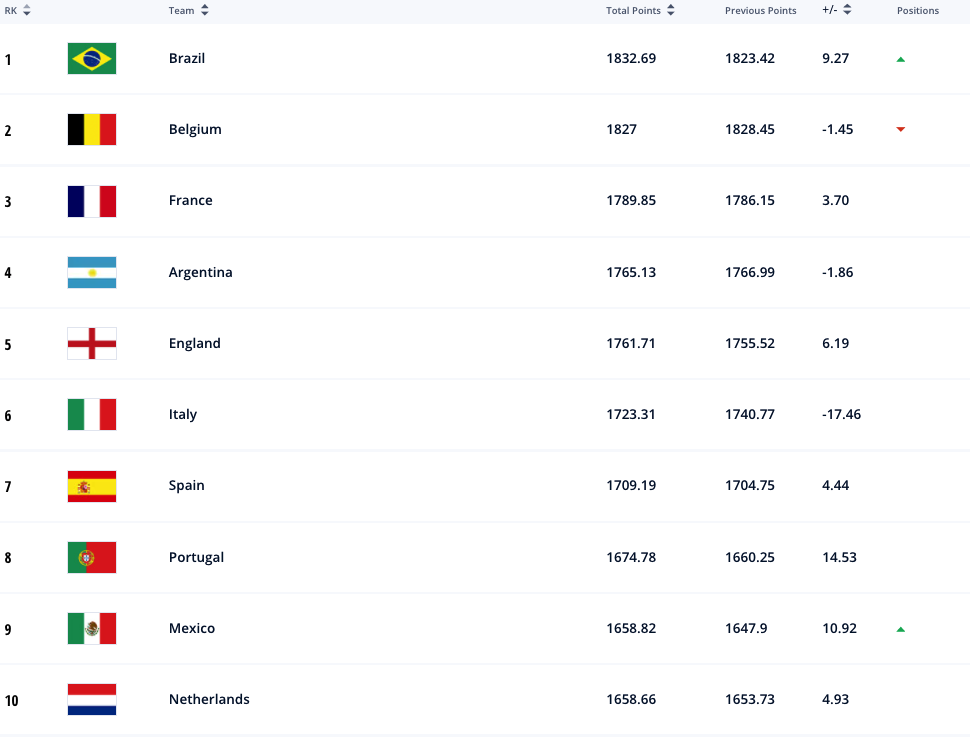 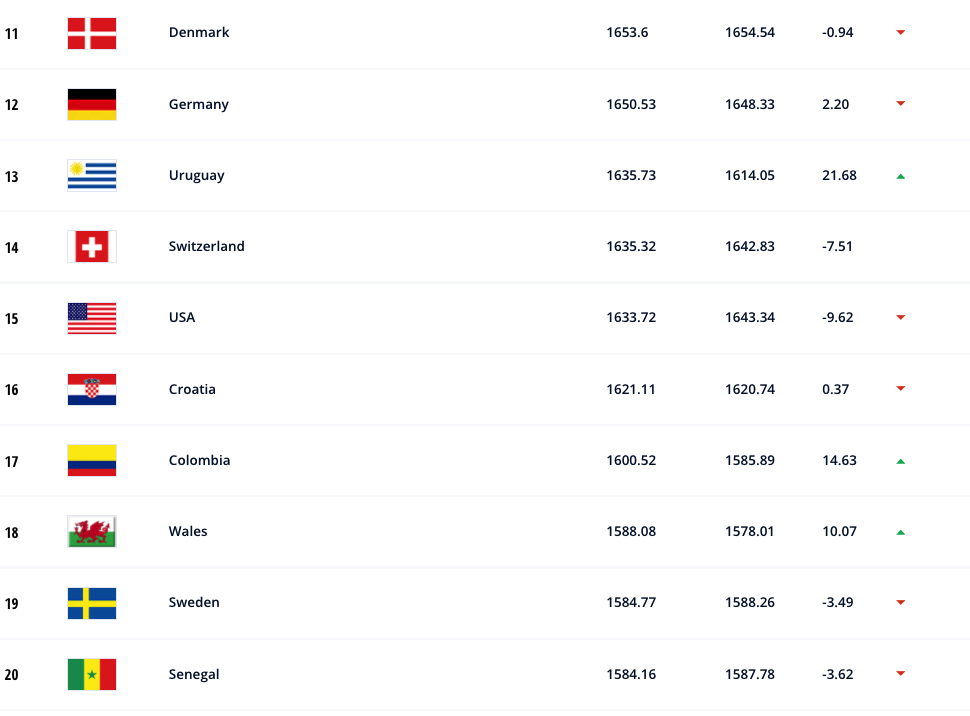 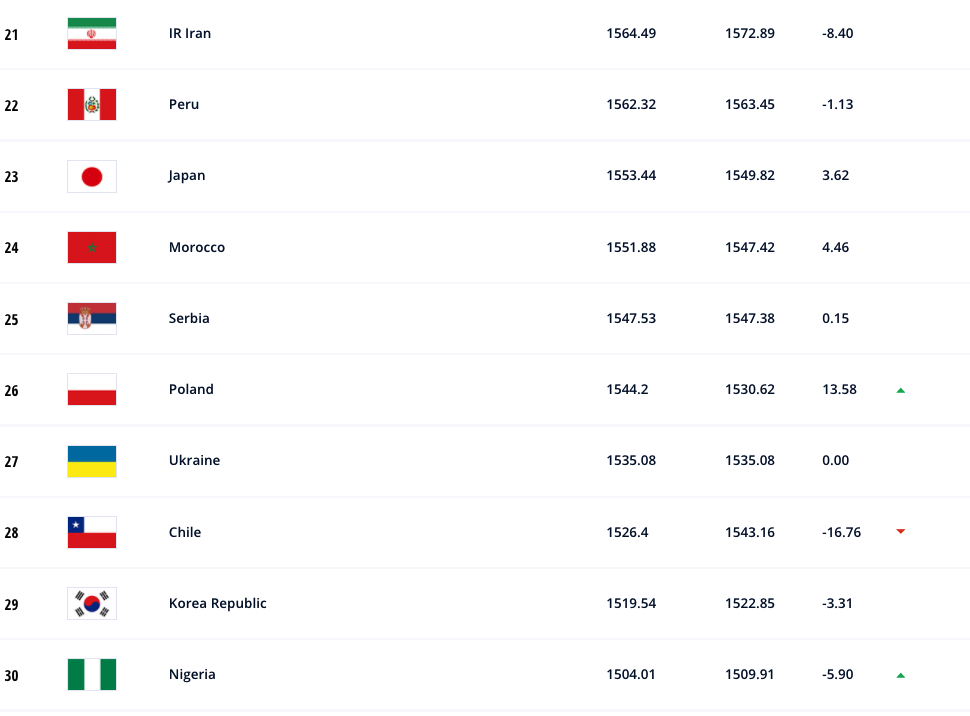 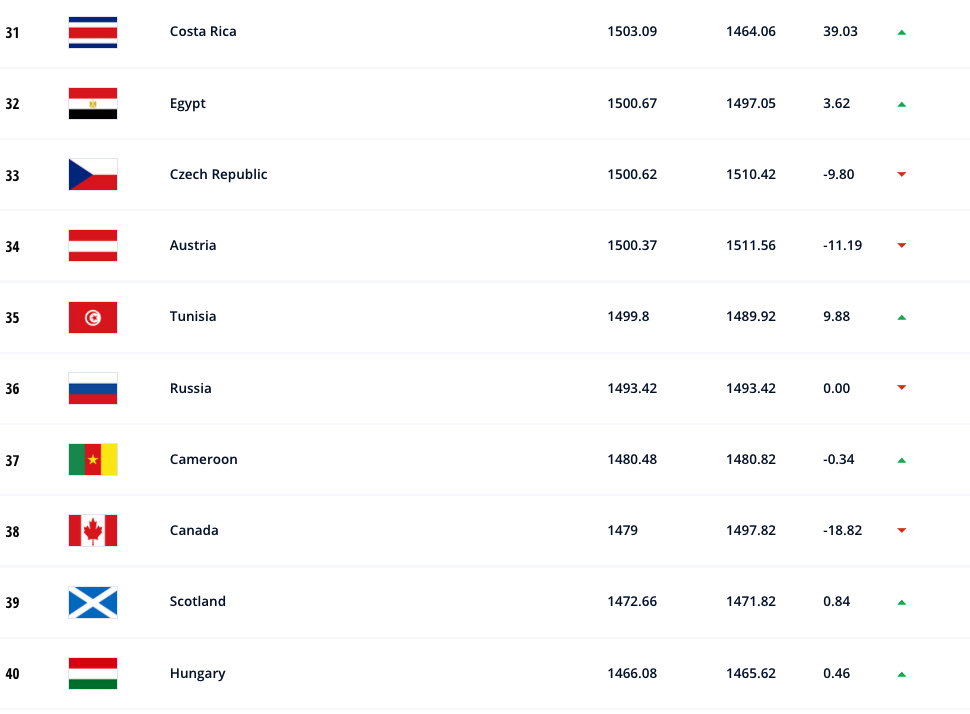 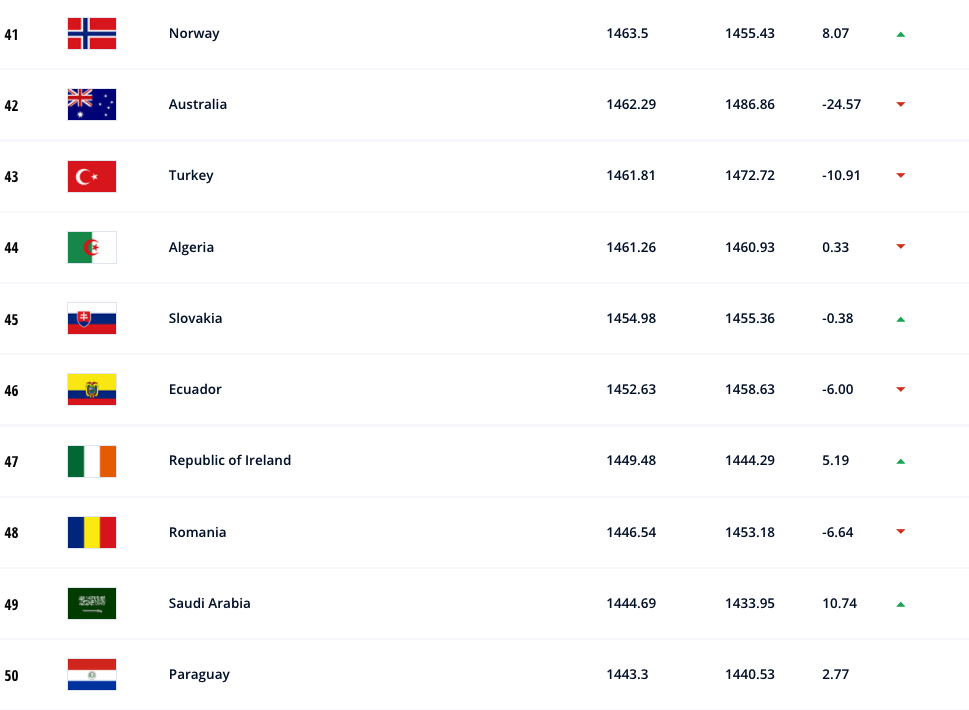 The men still have a long way to go to match the Canadian women. Our women’s national team is currently ranked No. 6 in the world. Our country’s highest all-time ranking in the women’s game was No. 4, achieved most recently in 2018.