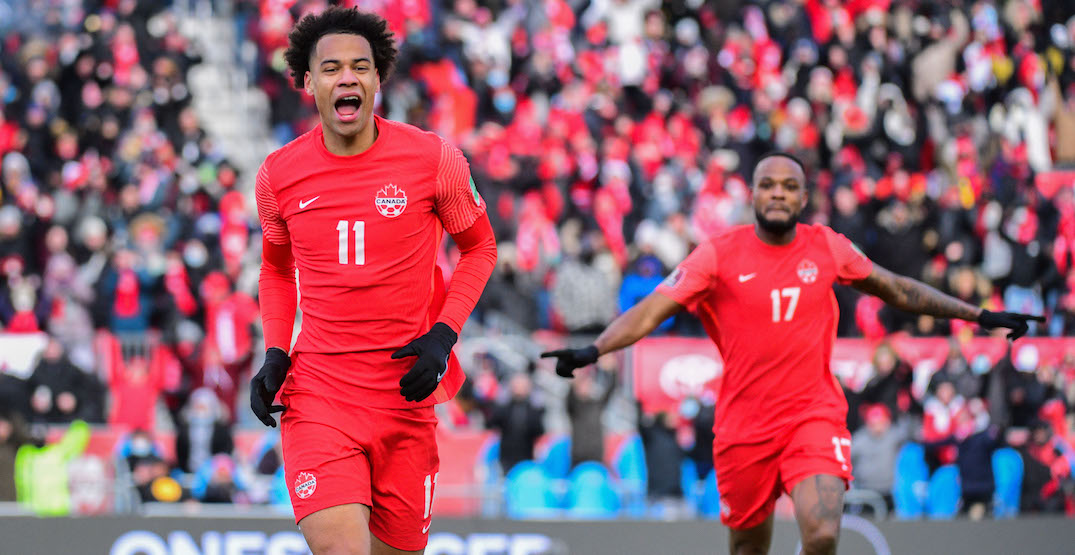 Now that the Canadian men’s soccer team has officially qualified for the 2022 FIFA World Cup in Qatar, attention is starting to shift to which group they’ll be playing in.

And in that regard, Canada got some very good news today.

Just making it to the World Cup was the goal for Canada, but players and coaches would love to make some noise in Qatar.

“We’re only getting started,” Canada’s head coach John Herdman told Sportsnet’s Arash Madani after Sunday’s big win in Toronto. “I still can’t believe it. I’ve been preaching this belief… but when it finally happens… I don’t know, speechless.”

The FIFA World Cup draw takes place this Friday, with 32 countries being separated into eight groups of four.

Each group will consist of one team drawn from Pot 1, Pot 2, Pot 3, and Pot 4, respectively. The seven highest-ranked countries that qualify, as well as the host nation, Qatar, will be in Pot 1. World ranking will also determine who gets placed into Pot 2 and Pot 3. The five lowest-ranked countries, along with placeholders for three countries yet to qualify (two from intercontinental playoffs and one from UEFA Path A, which was delayed due to the war in Ukraine).

Canada is on the cusp of qualifying for Pot 3, which would in theory improve their odds of being in a more favourable group.

Ghana did Canada a favour today by knocking out 32nd-ranked Nigeria, who were one spot ahead of Canada in the world rankings. Ghana is currently ranked 61st.

Tunisia booked their ticket to the World Cup today, doing so with a draw against Mali. Placing 36th in the latest rankings, the Tunisians could have guaranteed a higher ranking than Canada with a win.

AS IT STANDS Pots and FIFA Rankings through some wild CAF action. 27 teams are in, with 2 more CONCACAF teams clinching tomorrow night.

What this means for Canada is that their final World Cup qualifying match in Panama on Wednesday (9 pm ET/6 pm PT on Sportsnet) holds quite a bit of meaning — despite the fact that they have already qualified for Qatar. A win in Panama will guarantee Canada a spot in Pot 3.

Any other result will put Canada into Pot 4.