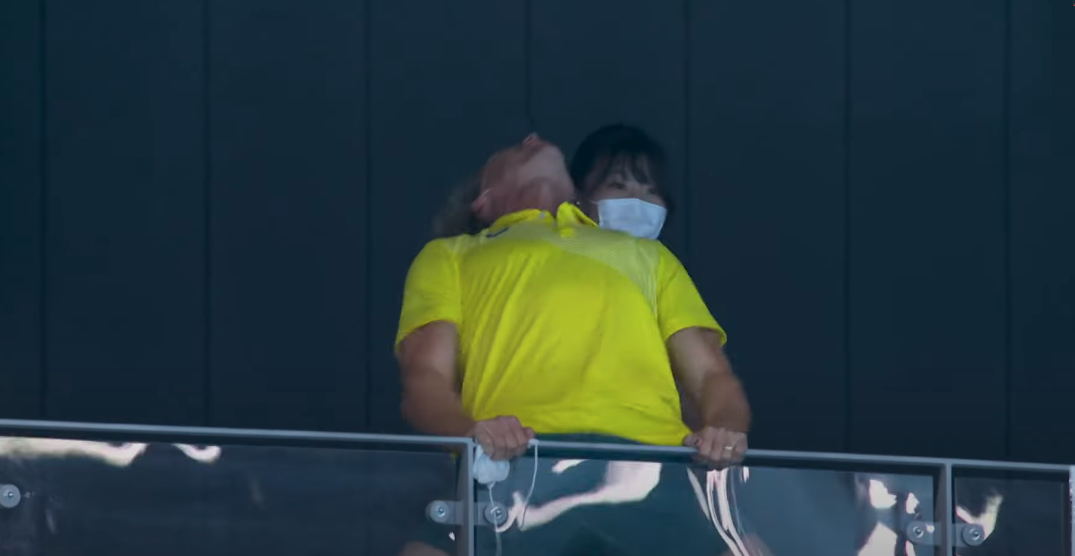 An Australian swim coach by the name of Dean Boxall has provided us with our first great Olympics meme of the Tokyo 2020 Summer Games.

Australia’s Ariarne Titmus edged out American Katie Ledecky in the women’s 400m freestyle final in a memorable finish to a remarkable event.

Ledecky, who has previously won five Olympic gold medals, was leading throughout much of the race. But a late push from the 20-year-old Titmus saw the Australian pick up her first career gold medal with a time of 3:56.69 to Ledecky’s 3:57.36.

Boxall’s reaction is what you’d expect if you mixed an energy drink with a pint of gasoline.

If your coach doesn't react like this when you win Olympic gold, do they even care? 😏 pic.twitter.com/gHOvQO5KWk

The Olympics are filled with the world’s greatest athletes, but it appears an Australian coach is currently winning the gold medal in memes.

I get this same feeling when I see my delivery person show up with burritos https://t.co/wEO3OZmHBz

When pilsner goes on sale https://t.co/14rO9K2mVM

I used to think there was no one happier than a toddler chasing bubbles. That was until I saw an Australian 🇦🇺 swimming coach celebrating a gold medal. I want to be that excited. pic.twitter.com/tXmPrrBXrD

14-year-old Canadian swimmer Summer MacIntosh finished fourth in the event, setting a Canadian record in the process. McIntosh was in third place on the event’s eighth and final length but was overtaken by China’s Li Bingjie for the bronze medal.