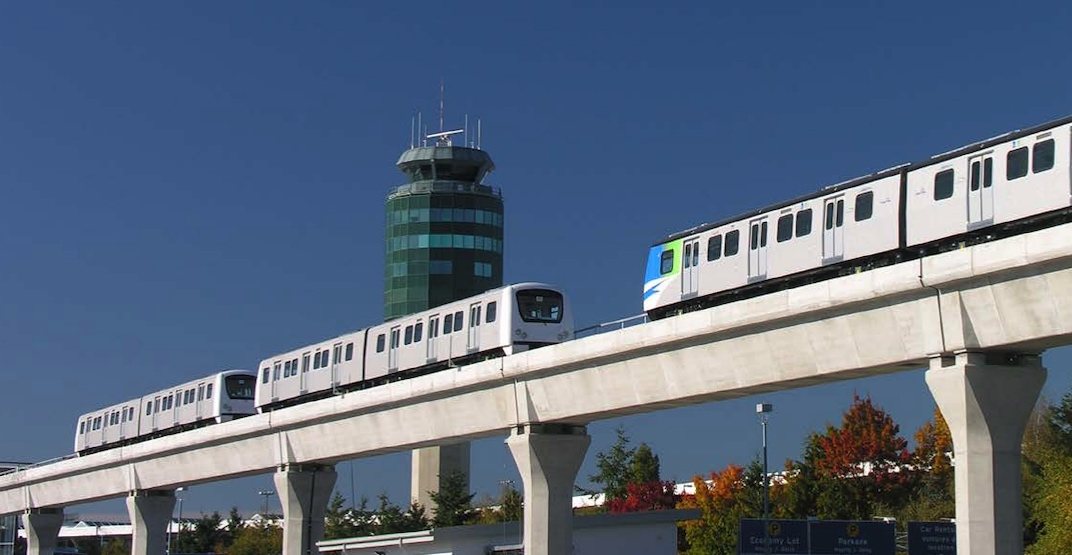 A growing share of air passengers traveling through Vancouver International Airport (YVR) are choosing to get to and from the airport by using SkyTrain’s Canada Line.

New data released today in Vancouver Airport Authority’s 2018 annual and sustainability report shows 21% of air passengers are using the Canada Line, while another 8% used other forms of collective transportation such as shuttle buses, courtesy buses, and coaches.

Altogether, based on a survey conducted by YVR in 2018, a combined total of 29% are using either public transit or collective transportation for their airport travels.

Moreover, throughout the year, based on TransLink data, there were 10.23 million boardings and alightings at the three Canada Line stations on Sea Island, representing a 10.9% increase over 2017.

In 2018, off-island trips — travel between Sea Island and Vancouver/Richmond — increased by 3.8% over the previous year, while intra-island trips between the three Sea Island stations shot up by 27.6% to 3.47 million. 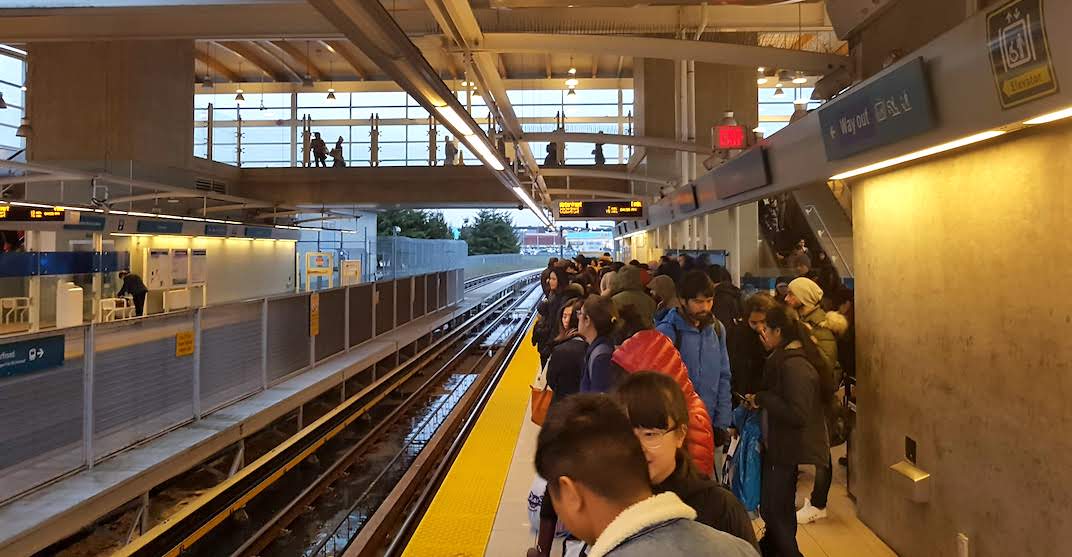 TransLink data also shows YVR Airport Station — the station that directly serves the terminal building — saw total number of boardings increase by 14.2% over just one year, from 2.64 million in 2017 to 3.01 million in 2018.

This growth in Canada Line ridership within Sea Island could be attributed to YVR’s record-year-over-year air passenger growth (from 24.2 million in 2017 to 25.9 million in 2018), record tourism in Vancouver and record cruise ship passenger numbers, recent parking changes that relocated the Value Long Term Lot next to Templeton Station (passengers parking their vehicle at this lot take the Canada Line to reach the airport terminal), growth in the number of visitors to McArthurGlen Vancouver Airport Outlet Centre, and increased traffic congestion that deters travel by private vehicle. As well, TransLink saw all-time high ridership on its entire regional transit system in 2018.

These numbers have been achieved even with $5 YVR AddFare on Compass Card stored value trips, single-use fares, and day passes from any of the Sea Island stations for travel beyond Sea Island. Train travel within the three Sea Island stations — between Templeton Station and YVR Airport Station — is free as the service doubles as an airport people mover. 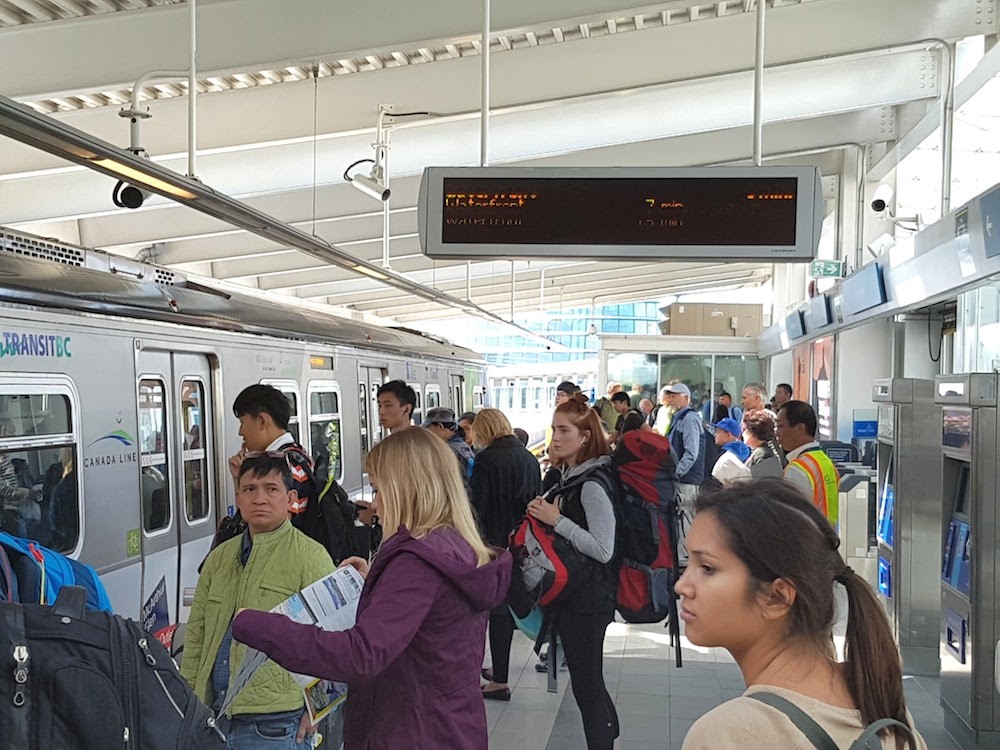 The latest data aligns with YVR’s previous 2015 survey of all employees working on Sea Island, which revealed transit ridership at 25%. Another 13% of employees choose alternatives such as carpooling, cycling, walking, and motorcycles/scooters.

Overall, YVR’s transit modal share is the highest of any airport in North America. In comparison, Toronto Pearson International Airport, even with the Union Pearson Express rail service to downtown Toronto and a number of bus services, has a transit modal share of just 10% of all trips made to the airport.

But the transit modal share for both airports falls quite short of some major European airports such as London at 36%, Frankfurt at 33%, and Amsterdam Schipol at 40%.

Only 579 taxis are allowed to operate at YVR Airport

The annual report also provided a glimpse of taxi operations that serve the terminal building.

There were 579 taxis operating at YVR last year, with 409 of these taxis using alternative fuels, representing a 5% increase over the previous year. A total of 54 additional YVR taxi licenses were added last year to help reduce taxi shortages and long wait times.

The size of the YVR taxi fleet means just roughly 25% of all 2,100 taxis on the road in Metro Vancouver can serve the airport. 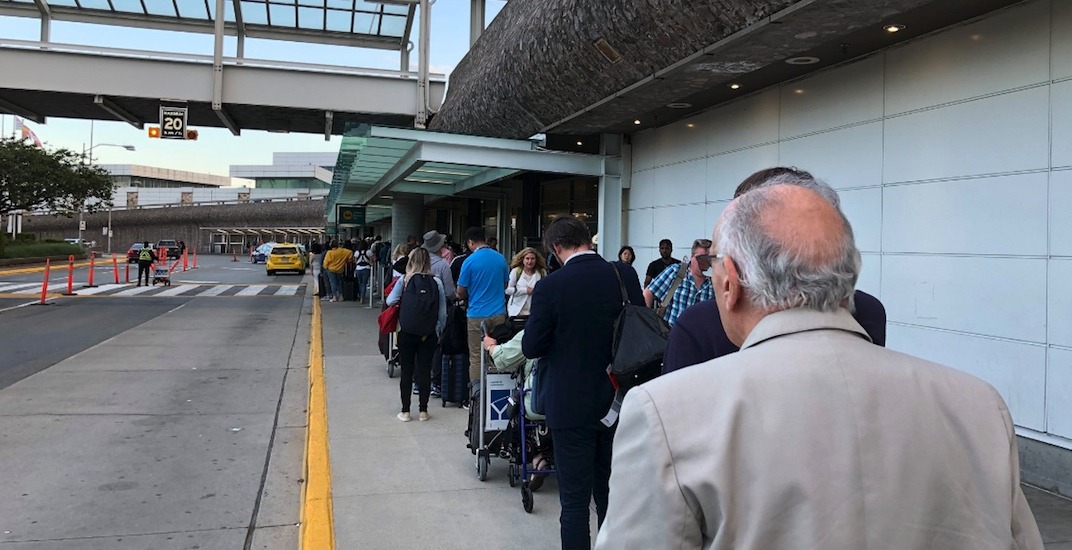 Additionally, as a part of YVR’s 20-year, $9.1-billion expansion and improvement plan, construction began last year on a new ground transportation facility just west of the existing multi-level parkade next to the terminal building, where the Value Long Term Lot used to be located.

When complete, this new hub will be add a new multi-level parkade with space for over 850 additional rental car stalls and about 1,800 additional vehicle parking stalls.