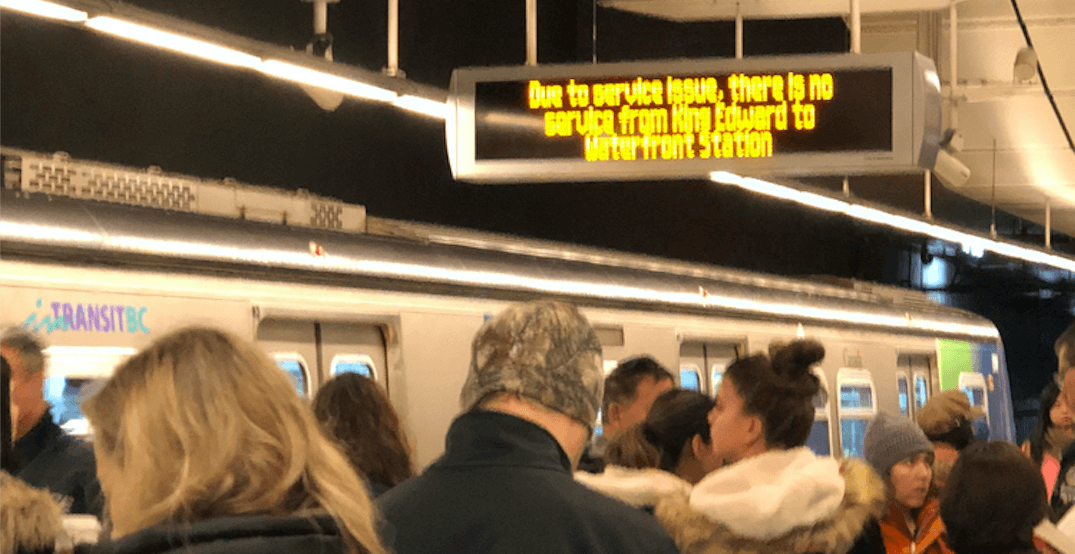 As a result, there will continue to be delays and crowding at some stations – particularly Olympic Village.

There is currently no Canada Line service between King Edward Station and Waterfront.

According to TransLink, customers travelling from Richmond toward Vancouver must change trains at King Edward Station.

Customers travelling from Vancouver toward Richmond must change trains at Olympic Village Station. 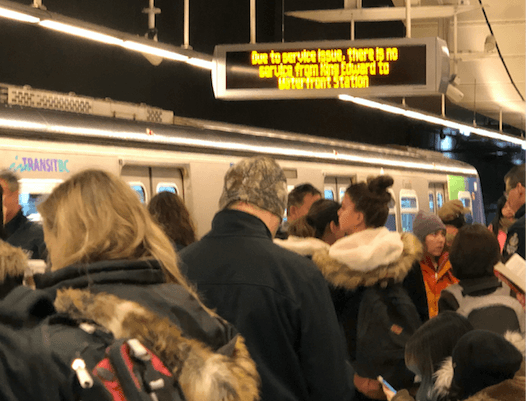 TransLink said additional buses have been deployed to help manage the crowds.

Expo and Millennium Lines are unaffected, and are running normally.

Additional security and Transit Police have also been depolyed the stations to ensure passenger safety and crowd control, as well.

While no specific time was given as to when the problem would be fixed, TransLink said it is working to resolve the issue as quickly as possible.