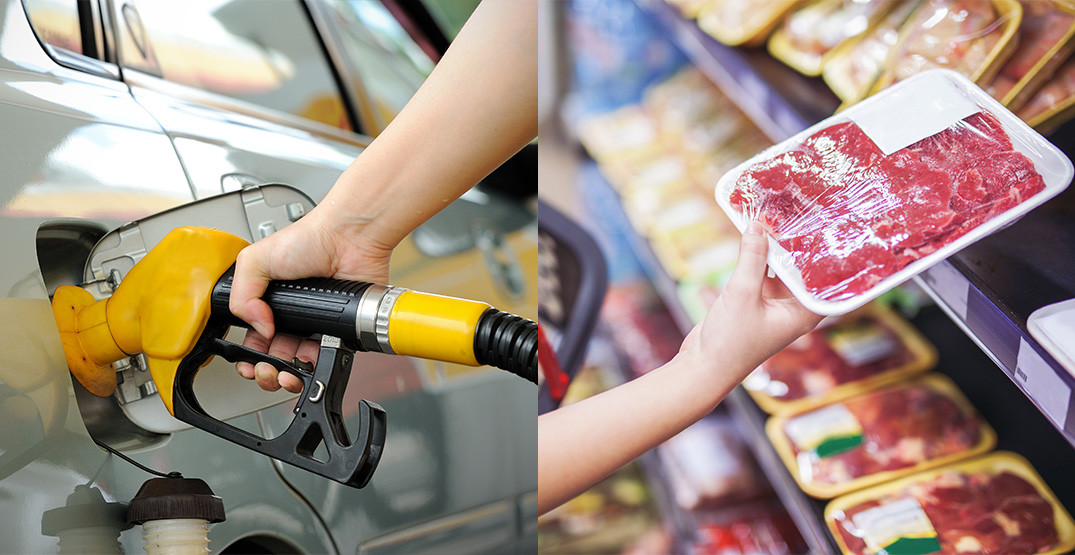 Canada’s inflation rate surged to a new high of 5.7% in February, the largest hike since August 1991.

Statistics Canada reported Wednesday that consumers had to shell out more money to pay for gas, groceries, and shelter in February 2022 compared to the same month in 2021.

This has been the trend since January, when StatsCan revealed that the country’s annual inflation rate is at its fastest pace since 1991.

There are many factors that contribute to this swift rise. Here’s what you’ll be spending more on and why.

If you own and drive a car, this probably isn’t a surprise to you. Canada has been experiencing record-breaking gas prices since February.

The agency attributes the 6.9% monthly gas price increase to Russia’s war on Ukraine and geopolitical conflict in Middle Eastern countries like Iraq and Iran.

Some Canadian cities might feel some relief this week with an expected fall in gas prices.

StatsCan says that prices for food purchased from stores rose at the fastest pace (7.4%) in February compared to January (6.5%).

“This is the largest yearly increase since May 2009,” said the agency.

They credit this increase to a rise in transportation costs. You’ll likely be paying more for meat, with a price increase of 11.7% in February compared to 10.1% in January.

Dairy products and egg prices also surged to 6.9% last month. On a positive note, you could be saving on bread, rolls and buns as their price growth slowed to 3.7% compared to 7.5% in January.

Another report released in early December predicted that a family of four would pay an extra $966 for food a year, for a total annual grocery bill of $14,767.

According to StatsCan, shelter prices rose 6.6% in February, the fastest pace since 1983.

This is attributed to a higher cost for both owned and rented homes or apartments.

Cities across Canada have seen a dramatic increase in rent since 2021.

While home prices increase, it looks like Canadian Gen-Z’ers are finding diverse ways to access homeownership, preparing to co-own their first home with their family.

Canadians paid more for household appliances in February 2022 compared to 2021, according to StatsCan.

In addition, prices for non-electric kitchen utensils, tableware and cookware increased to 10.4%