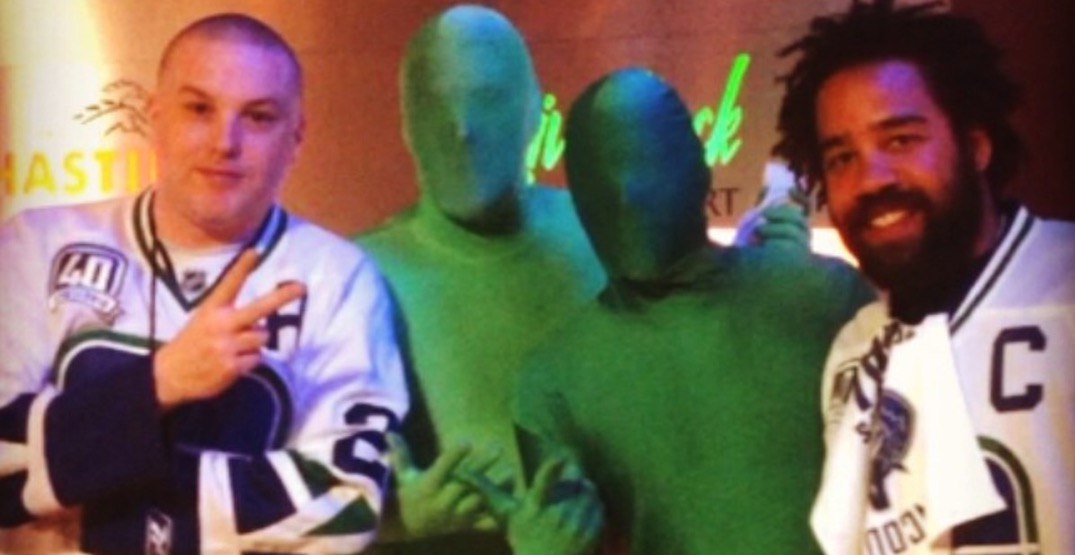 The Vancouver Canucks need a new DJ and they don’t have much time.

Barron S announced yesterday that she has left her gig at Rogers Arena due to “creative differences.”

With fans set to return to Rogers Arena in one month for the start of preseason, the Canucks need to start lining up candidates. It’s a dream job for some, but also a pressure-packed role, because it’s impossible to please everyone.

So let’s give the Canucks a hand, shall we?

Let’s start with the most obvious choice.

Jay Swing is a popular choice among fans to take back his old job. He loves hockey, he’s accomplished on the local music scene, and he bleeds blue and green.

The in-house DJ at Rogers Arena for 14 years, there isn’t anyone with more relevant experience for the Canucks job than DJ Dave Levinson.

He’s under contract with the Ottawa Senators for two more seasons, but let’s be real, this is Michael Del Zotto’s true calling.

Hang up your skates and do what you were born to do — become DJ MDZ at an NHL rink.

Force and Sully hung up their green spandex a long time ago, but this opportunity might be too good to pass up.

Put the DJ booth next to the visitor’s penalty box and get The Green Men back in action.

Such an eerie feeling when ⁦@RogersArena⁩ is empty, so electric when it’s full. Let’s get a good win under our belts! pic.twitter.com/pJ1X6MhwLj

Forget live tweeting during games, if Francesco Aquilini wants to make a real connection with the fanbase, give him some turntables in the owner’s box and let him rock out with the people.

We could all use more of Eddie Lack in our life, so why not hire the former Canucks goaltender to spin tracks at the rink? It may not be as lucrative as his real estate business in Arizona, but it would be a chance for him to put on a show.

How about some out of the box thinking? Canucks anthem singer Marie Hui could become the NHL’s first-ever dual DJ threat — spinning tracks and belting out songs with her amazing voice.

This time 2 years ago I DJed on the @RogersArena plaza for the @Canucks 1st South Asian Celebration. 🙌🏾 pic.twitter.com/TG7dm91hlM

There are few Canucks fans with more unwavering support than DJ Heer. The Canucks have given a few opportunities to play music at official events — is it time to give him a crack at the top job?

Shane O’Brien knows how to have a good time, so why not let him loose in the DJ booth? DJ OB has a nice ring to it.