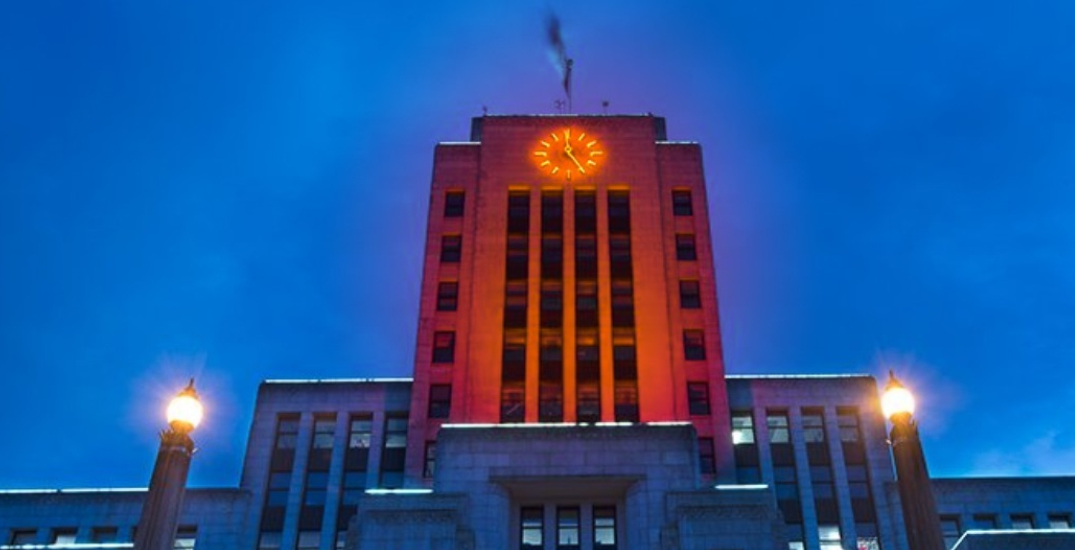 The City of Vancouver will mark Canada Day by commemorating the 215 children found buried on the grounds of the Kamloops Indian Residential School.

The City announced on social media that on July 1, Vancouver City Hall and the Burrard Bridge would be illuminated in orange light.

This year’s Canada Day celebrations will be focused on Indigenous peoples and the steps needed to reach full reconciliation.

“We normally celebrate Canada Day on our social channels by illustrating all that makes Vancouver a great place to live,” the City tweeted.

“This Canada Day, we will be recognizing Indigenous Peoples, the impact of colonization on those Nations and the steps that need to be taken to reconcile those harms.”

We normally celebrate Canada Day on our social channels by illustrating all that makes Vancouver a great place to live. This year, we’ll be marking the day by illuminating City Hall & Burrard Bridge in orange. /1 pic.twitter.com/5nXKOYsQ9L

The move comes as several cities across BC, including Victoria and Penticton, have cancelled their Canada Day celebrations in light of the Kamloops discovery.

On Wednesday, the Federation of Sovereign Indigenous Nations (FSIN) announced that it had discovered hundreds of burial sites at a former residential school in Saskatchewan.

The number of human remains at the Marieval Indian Residential School “exceeds 300.”