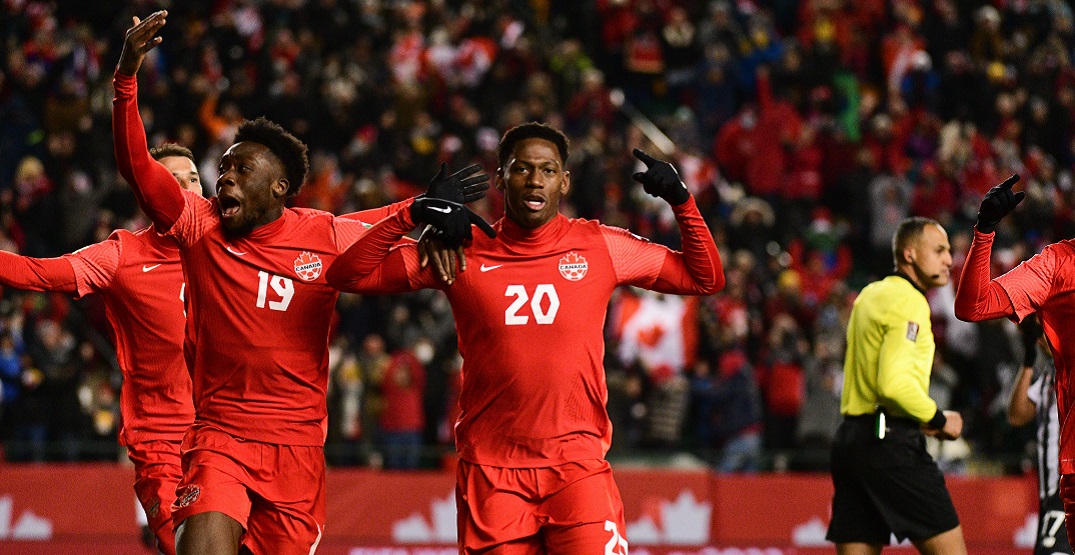 After a historic qualifying campaign concluded on Wednesday night, Canada is heading to the 2022 FIFA World Cup.

They finished in first place in the CONCACAF region, the first time the men’s national team has advanced to the World Cup since 1986.

The World Cup draw itself takes place Friday at noon ET/ 9 am PT, where Canada will learn its three group stage opponents.

Three teams await: one of Scotland/Ukraine/Wales in the final European playoff, and two of New Zealand/Costa Rica and Peru/UAE/ Australia in the interconfederational playoff, all of which will be played in Qatar in June.

The World Cup draw is divided into four pots, with Canada facing off against one other team from each pot based on current world rankings.

The only guarantee under draw rules is that they won’t play Mexico or USA, as two teams from the same confederation (apart from Europe) can’t play against each other in the group stage. For them to take on either of their CONCACAF rivals, both teams would have to make it out to at least the round of 16.

The four pots are below, along with each country’s current men’s FIFA ranking:

If you’d like to play around and try to figure out who Canada might take on in Qatar, this great draw simulator by John Holden offers you a great chance to waste a few hours imagining all the possibilities before we learn them for real tomorrow.