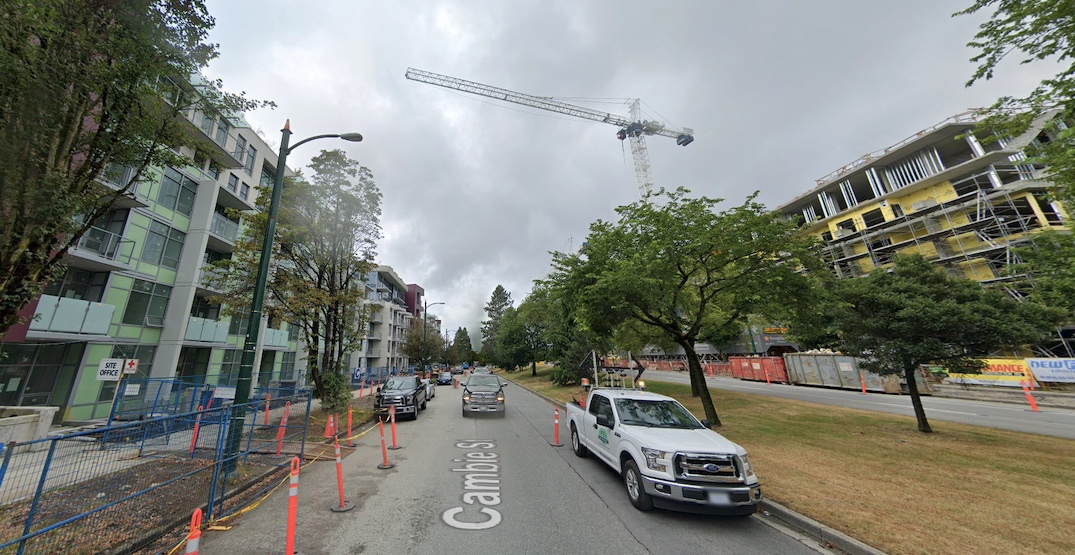 With social housing, the target is to build 950 units by the middle of the decade, however, currently there are only 55 units completed and 138 units under construction, accounting for 20% of the goal. But projects are in the pipeline; there are 512 units in the development permit stage.

These low completion and construction numbers are also reflected in a November 2019 city staff report that indicated the municipal government is falling behind on its overall citywide 10-year Housing Vancouver targets between 2018 and 2027. The citywide targets include the CCP.

Overall, all of the approved developments to date under the CCP will create a combined total of 5,300 new homes, with about 50% of the units sized for families, with two or more bedrooms.

With townhouses, the CCP has identified over 1,100 single-family lots for this housing form, creating up to 8,200 units. Most of these lots are clustered in the general vicinity of King Edward Station.

So far, 32 applications have been processed for a total of 103 parcels generating about 850 townhouses. Another 18 applications are currently being reviewed for about 600 additional units. The city is counting on townhouse development along the Cambie Corridor to make a significant dent towards the citywide 10-year townhouse housing goal.

The Cambie Corridor is eyed for some of the city’s most significant development projects; altogether, the CCP calls for up to 34,100 new homes, more than 50,000 additional residents and 9,000 new jobs over the next two decades. This includes major project sites such as Oakridge Centre, Oakridge Transit Centre, Heather Lands, Langara Gardens, and Pearson Dogwood. 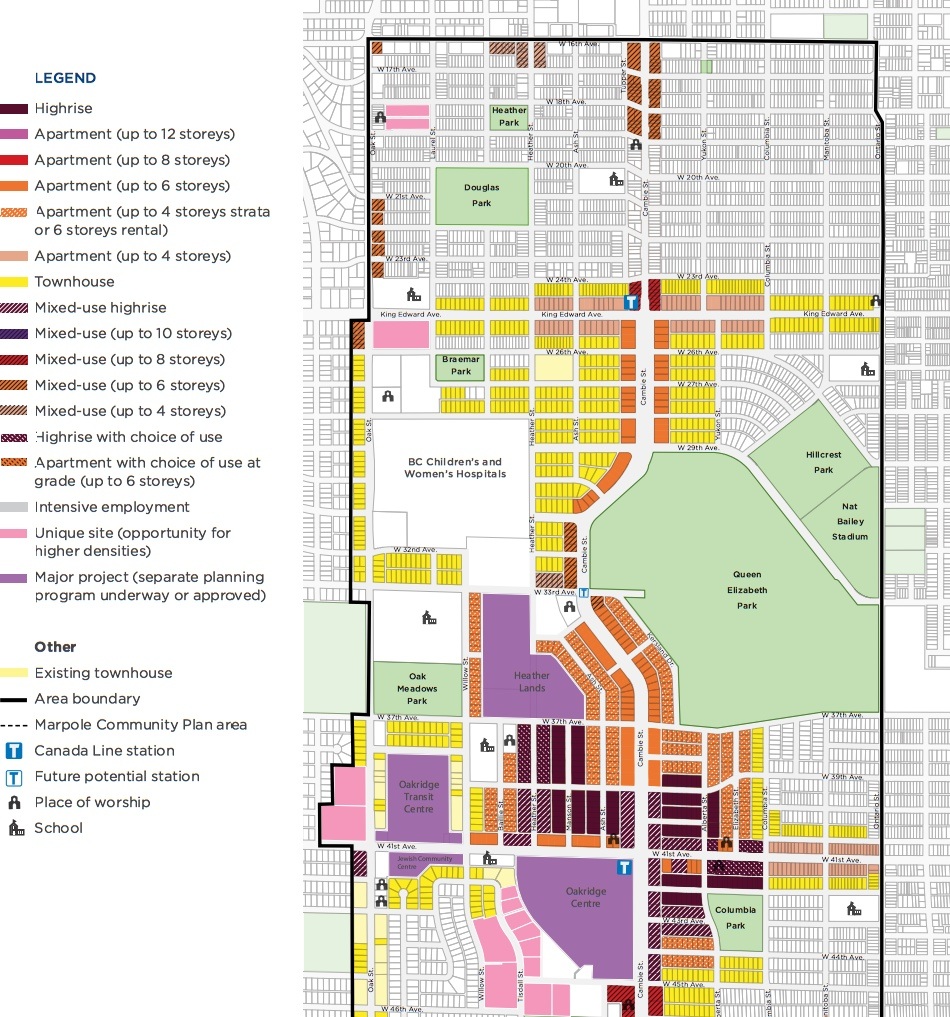 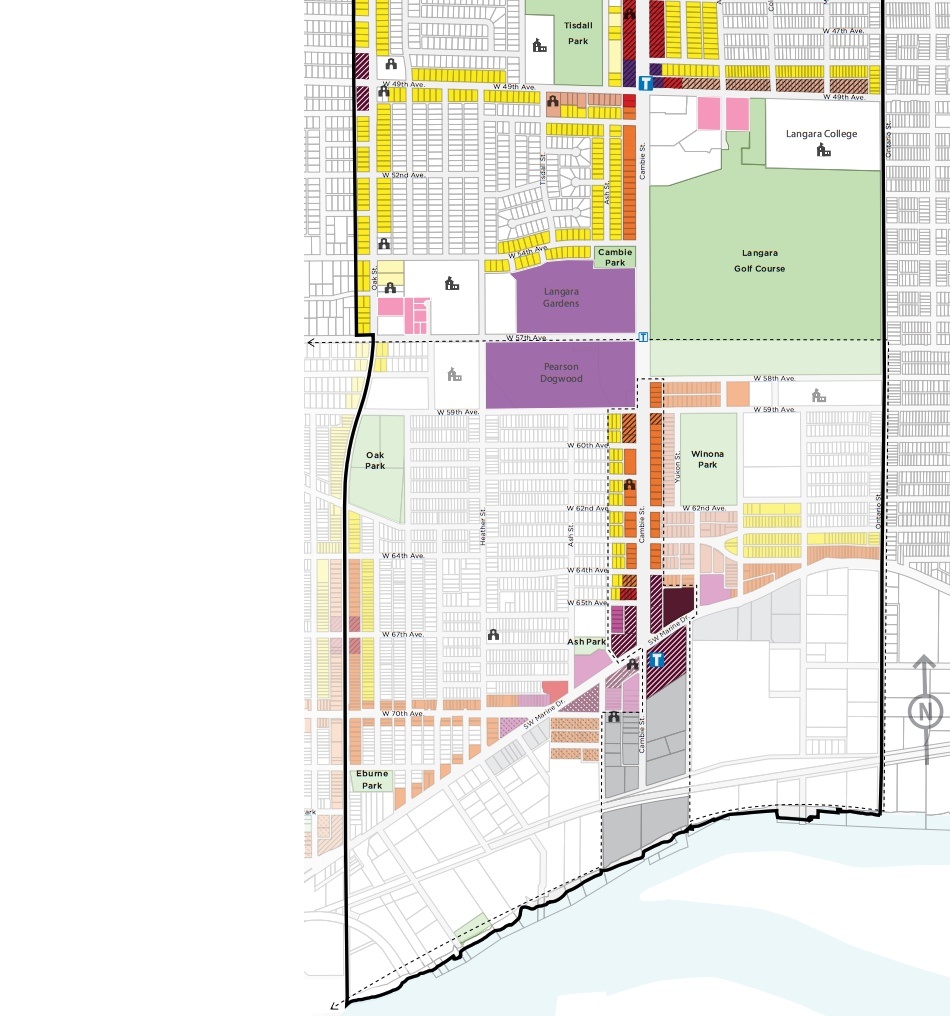