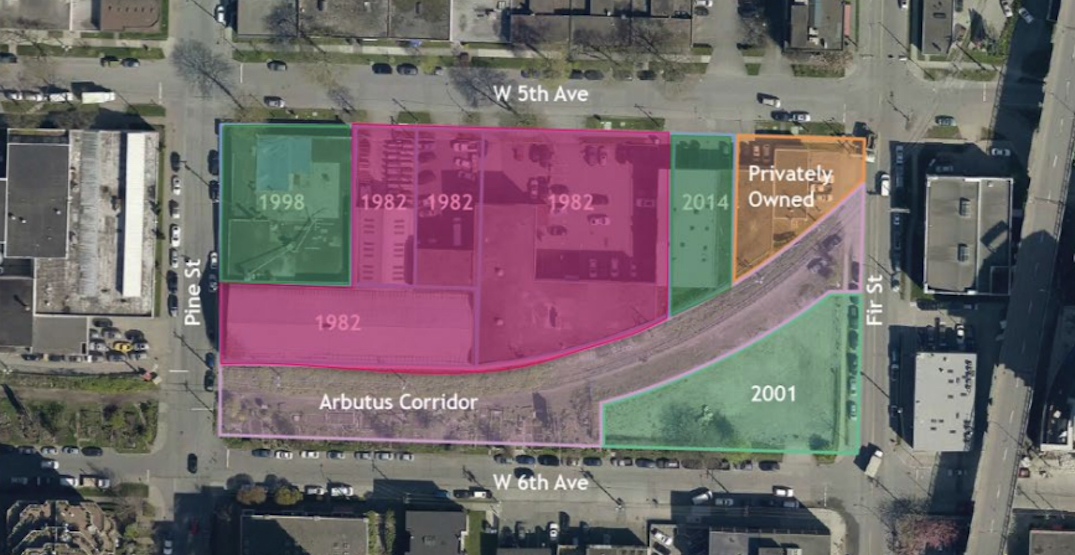 Plans to create the long awaited Burrard Slopes Park near the south end of the Granville Street Bridge will take a major step this week.

There is, however, a single private property that is holding out from the city’s land assembly for the park. This 0.17-acre warehouse property at 1606 5th Avenue — the northeast corner of the block — has an assessed value of $6.5 million.

But the assembly of all other lots on the block now allows the city to proceed with the plans to create the park. 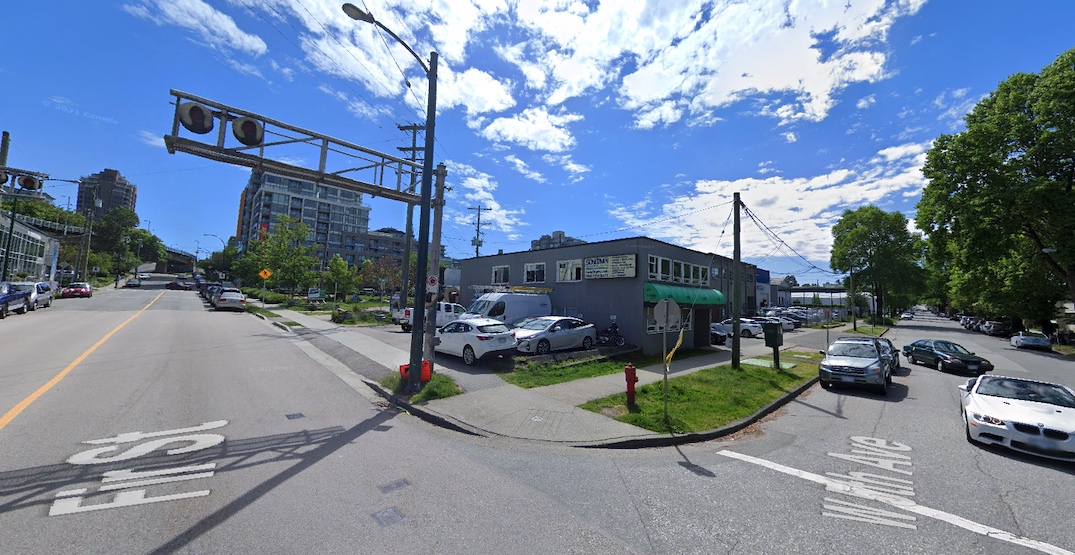 The private property at 1606 5th Avenue on the Burrard Slopes Park block site is holding out from the city’s land assembly acquisition. (Google Maps)

The PEF is an investment portfolio held by the municipal government to acquire and hold strategic land purchases, independent from the operations of the city. It acquires strategic properties, produces dividends from its ownership, and holds the land until it is needed for municipal operations or city-building activities.

The land assembly process on this specific block for the purpose of establishing a park first began in the late 1990s, after city council’s 1993 approval of the Burrard Slopes Plan that laid out how the area would transition from an industrial district to a residential neighbourhood.

The PEF acquired its four parcels on the block in 1982 and held them for investment purposes to generate revenue.

Three other parcels on the block were previously acquired by the Park Board’s capital fund in 1998, 2014, and 2001. Two of these parcels are already used as public parks, including the 2014-created park space at the block’s southeast corner with a playground and open space, and the 2016-created pop-up park space at the northwest corner of the block with a pollinator garden, seating area, and large murals on adjacent buildings. 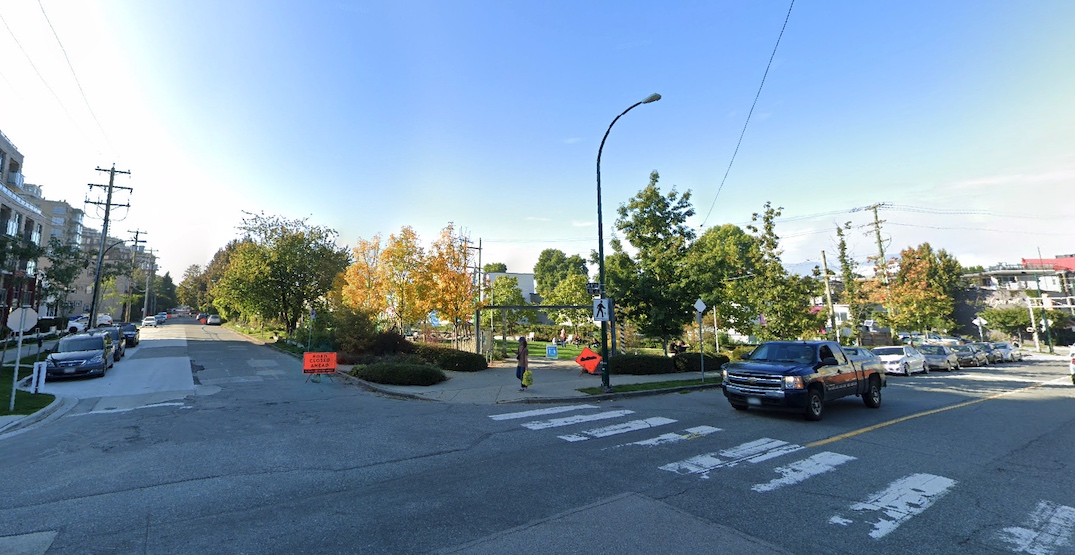 The existing park space at the southeast corner of the Burrard Slopes Park site. (Google Maps) 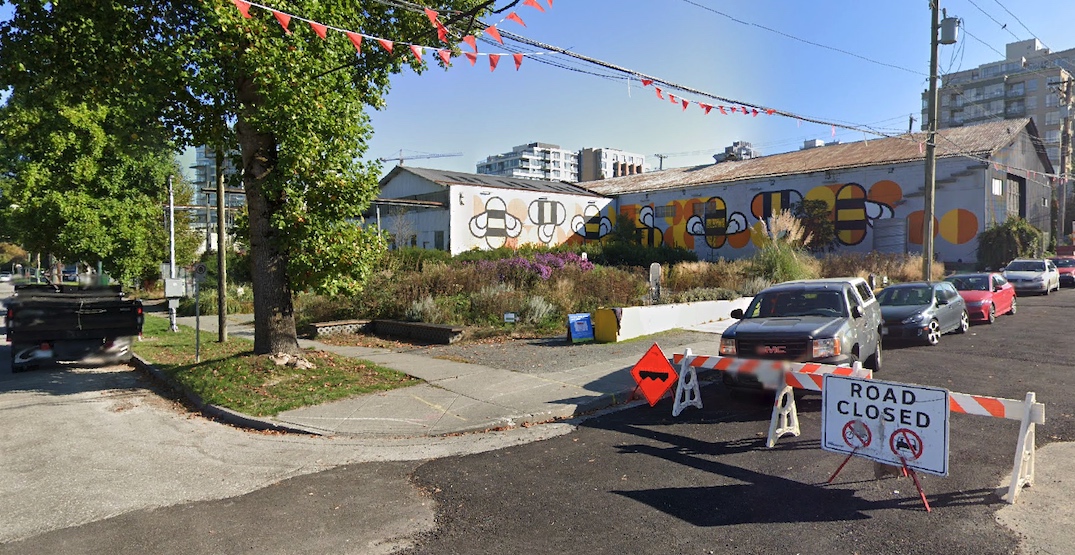 The Arbutus Greenway also cuts through the length of the block. Following the municipal government’s 2016 acquisition of the railway corridor, the strip of land on the block was turned into added green space as part of the continuous walking and cycling route across the city.

As part of the matters on hand, city council is also anticipated to approve $1.6 million in funding for the demolition of the commercial and industrial buildings on parcels owned by the PEF. These four parcels will see a temporary park design after demolition.

The Park Board’s future park design process will determine the future permanent park design concept. Construction of the permanent design is slated for sometime between 2023 and 2027, within the next capital plan.

The city’s long-term plans also call for a streetcar line running on the Arbutus Greenway.

As of 2018, the PEF spanned about 700 properties with a combined value at the time of about $5.7 billion. Some of its largest and most valuable properties include the 136-acre waterfront neighbourhood of South False Creek, which is 80% owned by the endowment. Much of the neighbourhood could be redeveloped in the coming decades as over 700 leases for residential and commercial strata units begin to expire in 2036.

The land now occupied by the Olympic Village was also previously a property owned by the PEF.