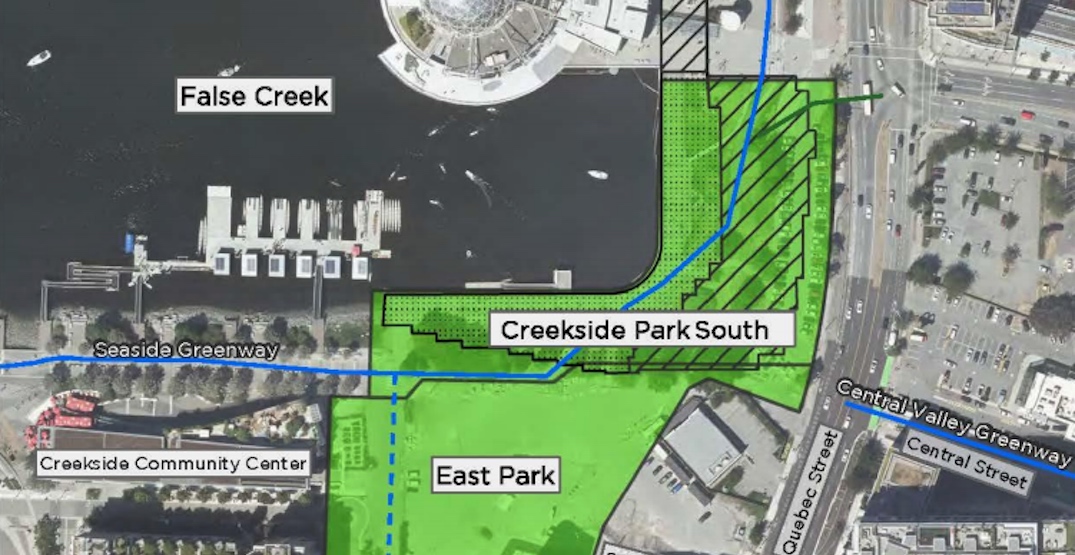 A decade after Southeast False Creek’s (SEFC) first public parks were constructed as part of the Olympic Village, the Vancouver Park Board is making the first steps to realize one of the area plan’s largest new post-2010 public space components, in an area located south of Science World.

The entire park project spans six acres, with three acres being a completely new park — tentatively dubbed East Park — on a gravel site that is wedged by the Olympic Village to the west, East 1st Avenue to the south, Concert Properties’ five-tower The Creek residential development, and a Creekside Park South.

This property, one of the remaining large undeveloped Expo ’86 World’s Fair sites, was previously owned by TransLink and used by Science World for their visitor parking needs. For years, it was also a part of the Molson Indy racecourse and staging area.

The remaining three acres is a renewal and redesign of Creekside Park South, which is located immediately south of Science World and includes a ground-level parking lot.

“Situated at the east extent of Olympic Village, East Park will be the critical link connecting existing and emerging neighbourhoods with the Creekside Community Centre, Olympic Village, and the False Creek waterfront where residents and visitors will come to recreate, play, relax, and enjoy nature,” reads a park board staff report. 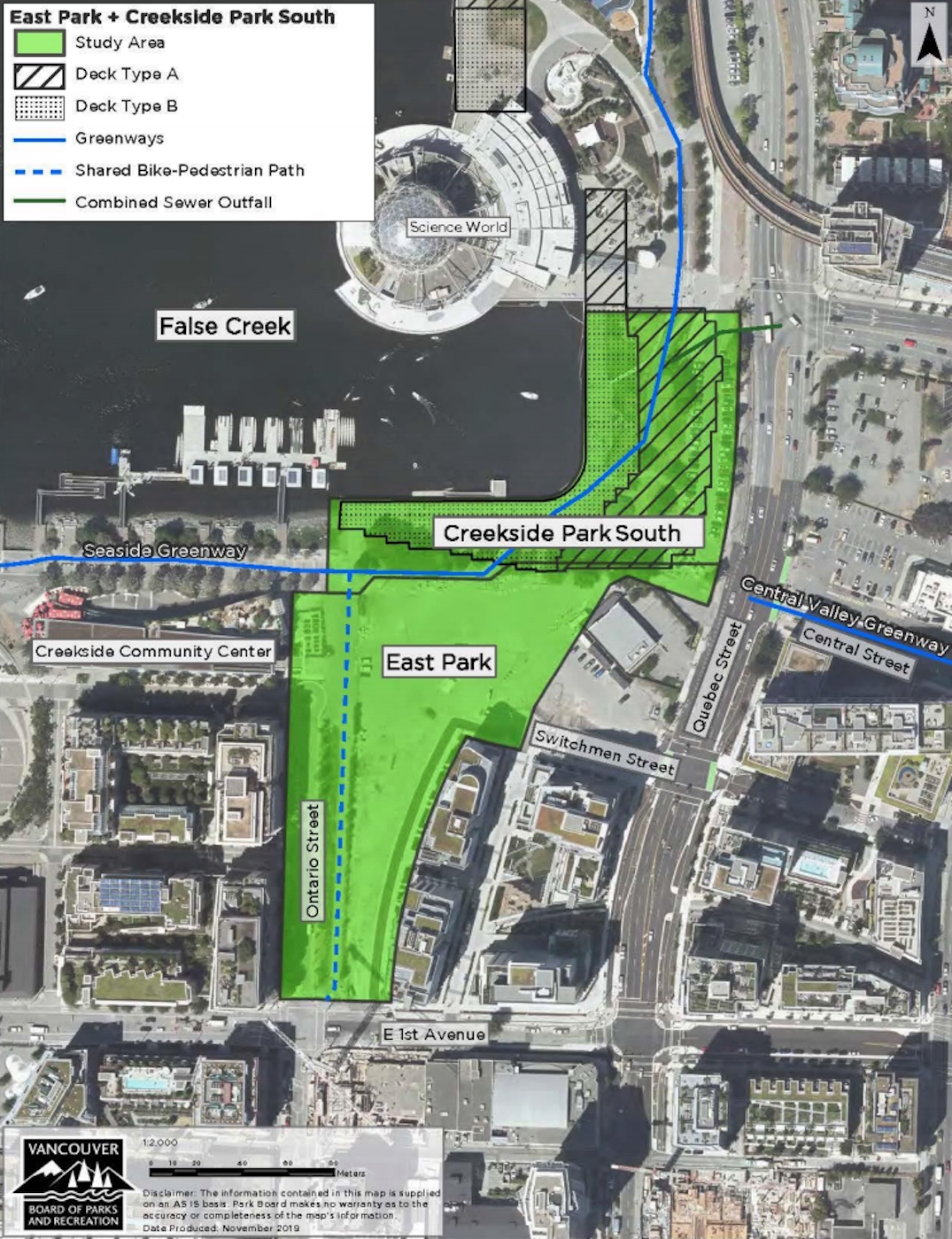 There will, of course, be a continuation of False Creek’s network of pedestrian and cycling pathways.

Additionally, park board staff have indicated their desire to design this green space in a way that could help improve East False Creek’s reputation of having poor water quality.

“These parks will be innovative and redefine the approach to waterfront public open space, reflect community values, demonstrate resiliency to a changing climate, and embrace the City’s commitment to supporting and enhancing biodiversity and the ecological health of the land and water in False Creek’s east basin,” continues the report.

Space2place Design’s contract value for this early design and engagement work is approximately $600,000. But due to COVID-19, it is anticipated that any public engagement will not occur until the third quarter of 2020 at the very earliest, when health safety measures are expected to ease.

The resulting concept plan will require the approval of Park Board commissioners. Decisions on detailed design and funding for construction will follow, likely in capital plans beyond 2022. 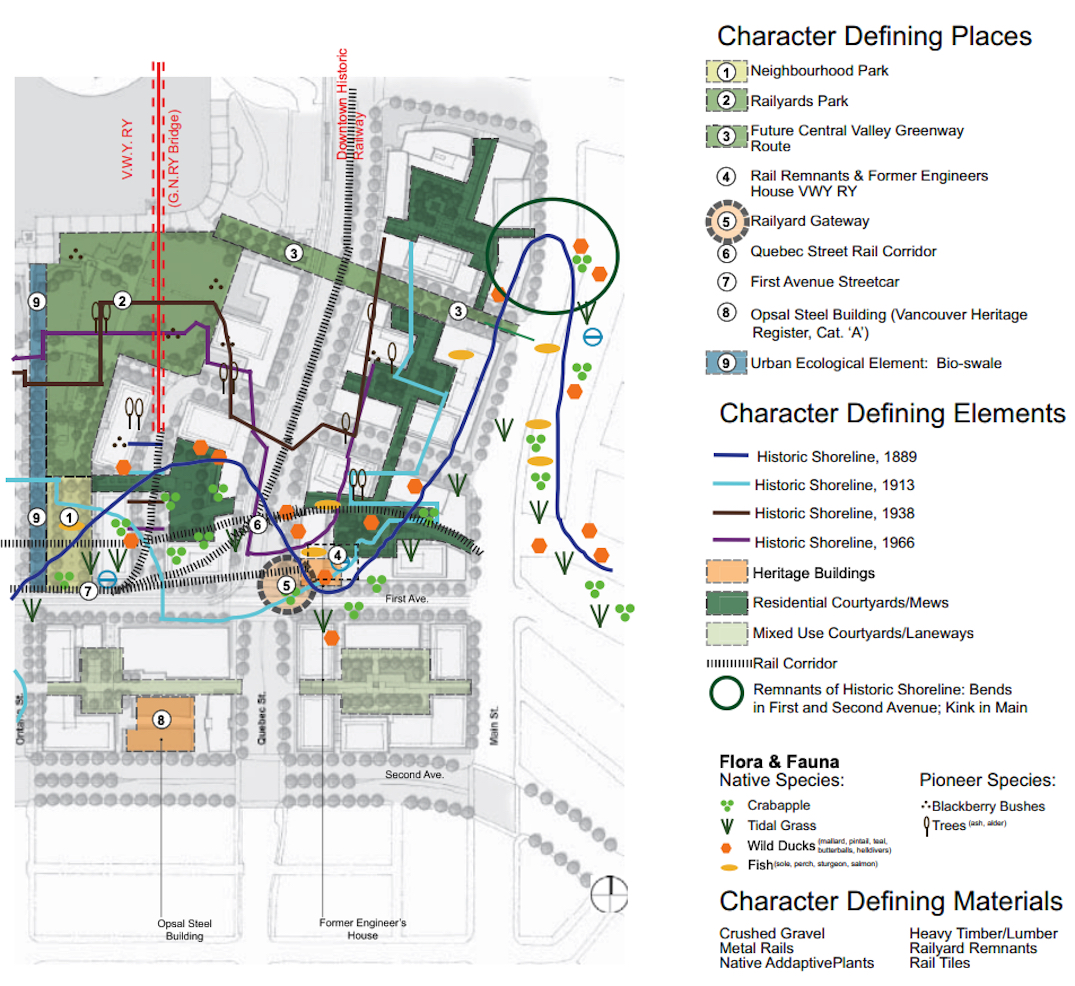 The pre-Olympic SEFC official development plan calls for a full buildout of six million sq ft of development, including 5,000 homes with between 12,000 and 16,000 residents, new retail and restaurants, a community centre, non-motorized boating facility, and about 25 acres of park land and open spaces.

Much of this has already been achieved. Some of the plan’s largest public spaces and community facilities were built as part of the original Olympic Village, which accounts for roughly a quarter of the district’s housing. 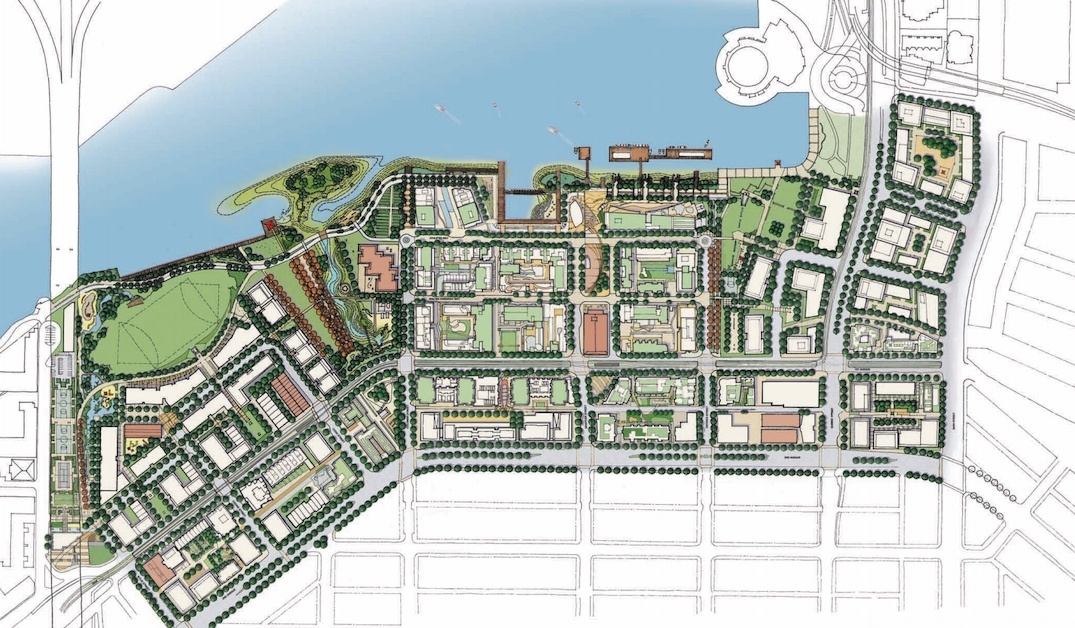 The Southeast False Creek master plan, including the Olympic Village. (City of Vancouver)