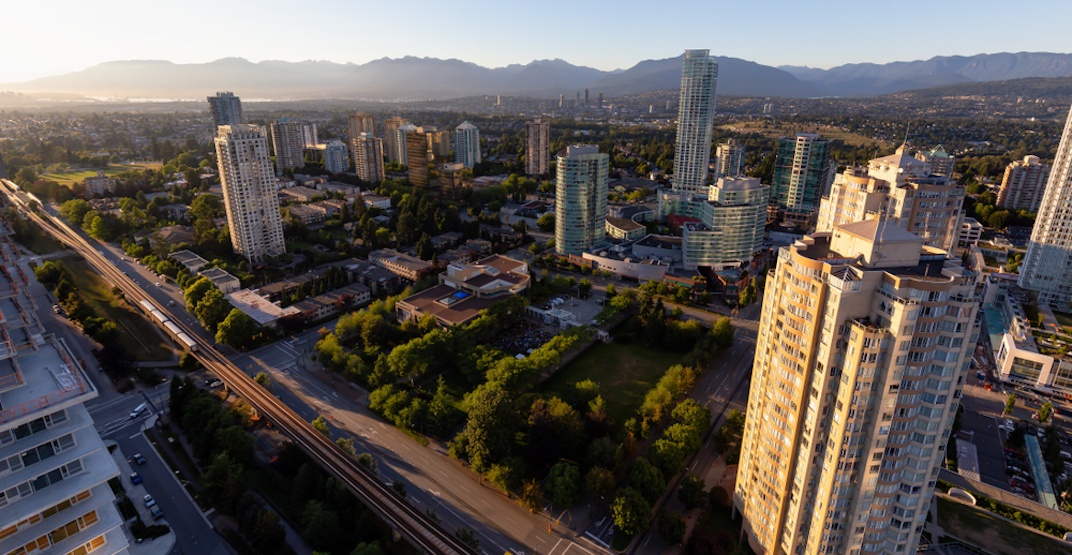 If approved by Burnaby city council, a new proposed comprehensive, landmark rental housing policy within the City of Burnaby could potentially create a transformative ripple effect on improving housing affordability within the municipality and the wider region.

It could create and protect tens of thousands of purpose-built rental housing units over the coming years.

City council is scheduled on Monday to review a new purpose-built rental policy framework that not only catalyzes new much-needed rental housing supply but also addresses growing concerns in recent years over the number of rental units that have been lost from market ownership developments.

In an interview with Daily Hive on Friday, Johannes Schumann, the assistant director of Current Planning with the City of Burnaby, outlined the components of the possible new four-pillared direction and the intent.

The most significant policy pillar is the new city-wide requirement of mandating all new multi-family developments designate a minimum of 20% of the project’s units as rental units.

However, the 20% rental unit housing requirement will not be counted towards the density allowances permitted by zoning. Instead, these perpetual rental homes will be in addition to the permitted strata units.

For example, a rezoning proposal permitted to build 100 market ownership units would be required to provide an additional 20 rental units, which would create a total of 120 homes in the project.

Schumann says the add-on density is all about the city’s understanding of the financial realities and risks developers face to build rental housing, compared to other types of developments that bring in a more immediate return.

Market ownership housing helps cover the costs of rental housing, providing developers with a bit of a cushion, especially in the case of rentals at non-market rates.

“The reason why we took that approach is we know that the economics of rental housing is predicated on having the land for free or the density for free,” he said.

“The developers purchase the land on the basis of what’s allotted in the zoning, so we can add the density for rental that doesn’t come away from their strata density. It makes rental housing much easier to build.”

This particular policy is being applied across the entire city to ensure there is clarity by developers, property owners, and residents on the requirements, eliminating any confusion and uncertainty.

Unlike the piece-meal, truncated rezoning policies of other cities, Burnaby’s approach is non-negotiable and unique to the region.

“If we apply this, it’ll be right across the city. Everyone will know the obligation, everybody has to deliver, and it’s clear,” said Schumann. “There’s no ‘this developer gets this, this developer doesn’t get that, and this developer isn’t required to do it.'”

He uses the River District development in Southeast Vancouver as an example, where a 20% rental housing requirement was applied on a community planning basis, but in the end it was negotiable.

When it comes to tackling the issue of retaining existing rental housing supply as a result of redevelopment, which has particularly been an issue in the Metrotown area, another major policy pillar requires developers to include a one-to-one replacement of existing rental units, with a similar mix of unit sizes.

Under this policy, tenants who have been displaced from the redevelopment or renovation also have the first right of refusal to return to the new units at the same rent rates, and during construction the developer must provide them with accommodations.

And if the tenants make a decision to not return to the redevelopment, their rental units will be converted to a lease rate equal or below Canada Mortgage and Housing Corporation’s (CMHC) average market rents.

“These will be one of the most affordable rental rates in the region if not the most affordable, and it would be in perpetuity by the way of a housing agreement,” said Schumann. “We want to ensure that where we have existing rental on-site.”

A number of sites with purpose-built rental developments in the city are zoned for non-rental purposes, which means these sites are at risk of being demolished and redeveloped into new buildings that do not include any rental housing.

“Right now under our bylaws, a property owner of a site that has been developed with a building with rentals, but is zoned for residential multifamily, can apply for a demolition permit, tear down the building, and apply a permit to reconstruct as market ownership,” he said.

“We have no controls to restrict that at this point.”

This is the pillar that curbs the problem to some extent: the municipal government would initiate a rezoning process to all sites in Burnaby that currently have purpose-built rental buildings with six or more units, converting all of these sites to rental use zoning district.

However, after this city-initiated rezoning process is completed, property owners will still have the option to pursue other forms of development if they apply to rezone their property.

The fourth pillar aims to add more housing to commercial districts, but without adding any new density.

Schumann says city staff have found that developers are not reaching the maximum densities permitted on commercial sites. Town centres have seen sites with a designated density of a floor space ratio (FSR) density of 6.0 for an office building, but frequently only about half of that density is proposed and constructed.

“We’re saying to ourselves, ‘we’ve modelled the maximum density in commercial, so how can we take advantage of this unused density? Could we consider rental in those commercial zones and thus fit that missing half?'”

Developers will be provided the voluntary opportunity to better utilize their site’s density allowance towards rental housing, but under this policy a maximum of 49% of the total floor area can be used as rental and a minimum of 51% of the floor area must be used for commercial purposes.

“It is a win-win approach. We get the office uses and the rental uses in those areas,” he said.

Goals and intent: effectiveness and clarity

At the moment, the municipal government does not have a particular target goal for how many new rental units they would like to see created.

Schumann says there is not an expectation that a flood of applications will be received following the comprehensive policy’s possible approval.

“We won’t solve the rental housing and housing affordability issue immediately. This is a long-term approach of changing our city’s DNA,” he said.

And city staff firmly believe all of the added rental housing density on market ownership residential developments and commercial districts can fit into neighbourhood plans and the official community plan (OCP).

“We’d like to see as many as we can, as soon as we can,” said Schumann. “We’ve looked at our overall OCP modelling and it is consistent with our growth goals in the regional growth strategy. It will result in increases to the overall density and population, but it will also be absorbed relatively easily in our existing plans. It is not something out of left field, it is not going to structurally change the neighbourhoods.”

They are also keeping track of how additional density will impact adjacent properties, parks, schools, and city services.

With the architectural design considerations that come from additional density, Schumann highlights opportunities to minimize height changes from the need for additional floors by looking at other podium options and building spacing on a case-to-case basis.

“We’ve looked at various models and we think it’s quite complimentary as it will add a great addition to the neighbourhoods,” he said. “It really fills that housing continuum in the city that hasn’t been in place for a number of years.”

These new approaches will not hurt the city’s bottom line, from the revenue it receives from development applications, including density bonuses that go towards new public spaces and community facilities.

More rental supply is needed in Burnaby and across the region, with vacancies currently hovering at just 1%, providing residents who depend on rental housing with extremely few options. A healthy vacancy rate ranges between 3% and 4%.

Ultimately, city staff believe the four-pillared strategy will work, after thoroughly examining the effectiveness of the rental policies in other municipalities.

“From our perspective, it is no good if it is a good policy that sits on a shelf. It has to be implementable,” continued Schumann. “We grappled with the economics, viability, and feasibility of this approach, and in looking at economic analysis. We feel this is very implementable.”

And its expected effectiveness is compounded by “the clarity and consistency the City of Burnaby brings.”