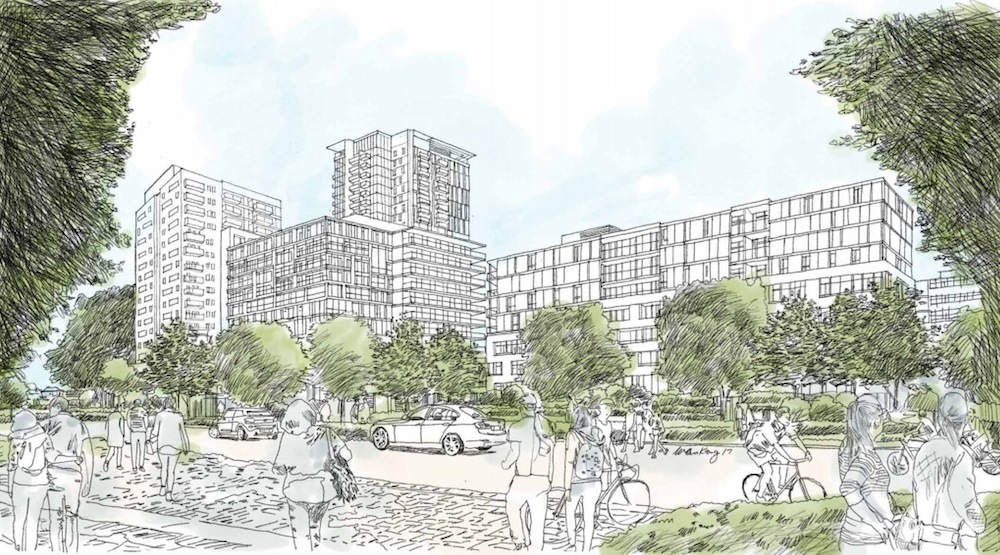 A major new policy shift by the City of Vancouver could signal the start of a new housing boom, except this time it will be targeted at building affordable homes in a bid to tackle the housing affordability crisis.

Earlier today, the municipal government proposed an ambitious plan to allow the construction of 72,000 new homes in Vancouver over the coming decade by 2026. This will effectively be a growth of 85% in new housing stock over the City’s previous 10-year housing strategy.

The focus on new rental housing stock is paramount as the City says 50% of its population is comprised of people who rent their homes, and many of these individuals work in hospitals, tech, and schools.

“We’re going above and beyond what’s ever been done in Vancouver to enable new affordable housing for local residents matched to realistic, local incomes – housing that people want: rentals, laneway homes, coach houses, duplexes and townhomes in neighbourhoods across the city,” said Mayor Gregor Robertson in a statement.

“Nothing is off the table as the City aggressively pushes forward in delivering as much affordable housing as possible to keep Vancouver liveable now and into the future.”

The staff report notes that by 2026, there will be 54,800 low and moderate-income households in need of housing and the number of homeless people will rise by 1,100 – about 6% annually.

But the municipal government says it can only accommodate 42% of these individuals on its own. It requires help from the provincial and federal governments to fulfill 34% and new partners for 24%.

City staff say the creation of new supply is just one part to solving the problem. They estimate Vancouver’s ability to “course correct” on its housing crisis will take longer than 10 years.

A number of major announcements have been made by the City over the last few days to increase housing supply.

Last week, the City proposed new zoning to character homes, which will allow the construction of duplexes, coach homes, laneway and other infill options.

On Sunday, Robertson announced a pilot project for the area around Oakridge Centre, which will require developers to build 1,000 new affordable units in exchange for building 3,000 market residential units.

The following day, the City’s Vancouver Affordable Housing Agency issued an open tender for the private sector to build about 900 units of affordable rental housing on seven City-owned sites.

And early this afternoon, following public hearings, Council unanimously approved the rezoning of the 25.4-acre Pearson Dogwood site at Cambie Street and West 57th Avenue, which will be redeveloped with buildings up to 28 storeys in height. About 2,100 residential units will be created.