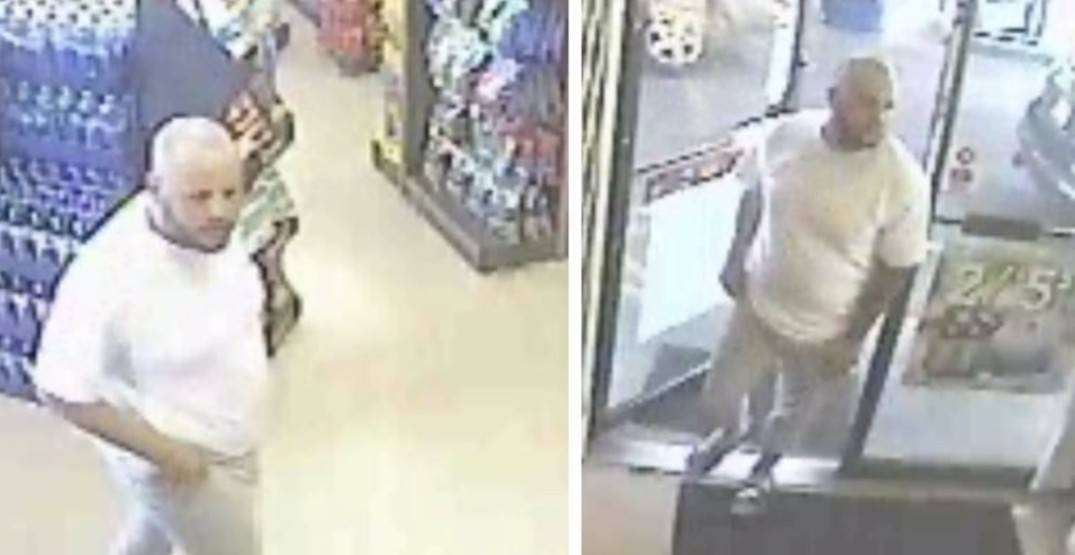 Burnaby RCMP is asking for the public’s help to identify a suspect in a hit-and-run incident that resulted in an officer being injured.

On July 4, 2018, at around 10 am a Burnaby RCMP officer was attempting to stop a vehicle at Willingdon Avenue and Parker Street after he noticed the driver was using an electronic device behind the wheel.

The driver did not stop, hit the officer, and continued to drive down Willingdon Avenue. The officer involved suffered a broken arm.

Burnaby RCMP has now released video footage of the suspect and the vehicle they believe are involved in the incident.

The footage shows the male suspect walking into a convenience store to purchase an item.

The suspect’s vehicle is a grey Dodge Nitro SUV, similar to the one pictured below. The vehicle has the BC License plate number PK994H.

The suspect vehicle is a grey Dodge Nitro SUV, similar to the one pictured on the left/ Burnaby RCMP

The suspect is described as a South Asian male, heavy build with a shaved head. He is approximately 5’9″ tall was wearing a white t-shirt and grey sweatpants. He has a tattoo on his left arm.