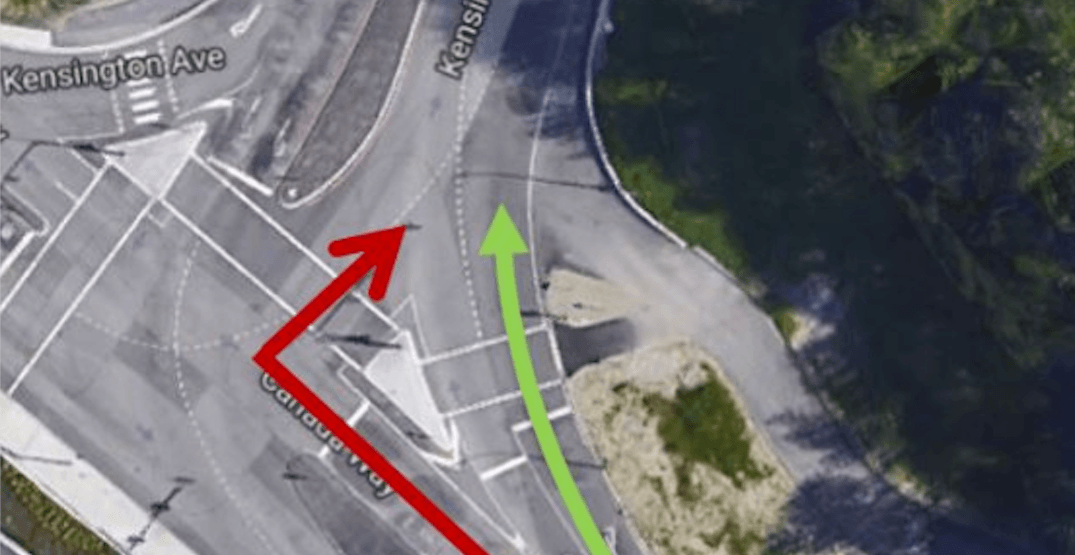 Burnaby RCMP already knew the intersection was an issue, but a traffic enforcement blitz recently drove home just how much of an issue the intersection of Canada Way and Kensington really is.

As a result, they made the decision to step up their presence and increase enforcement.

And it looks like now those efforts are seeing substantial results.

On Tuesday, police tweeted that during traffic enforcement procedures yesterday, they had handed out a total of 14 tickets in just 90 minutes.