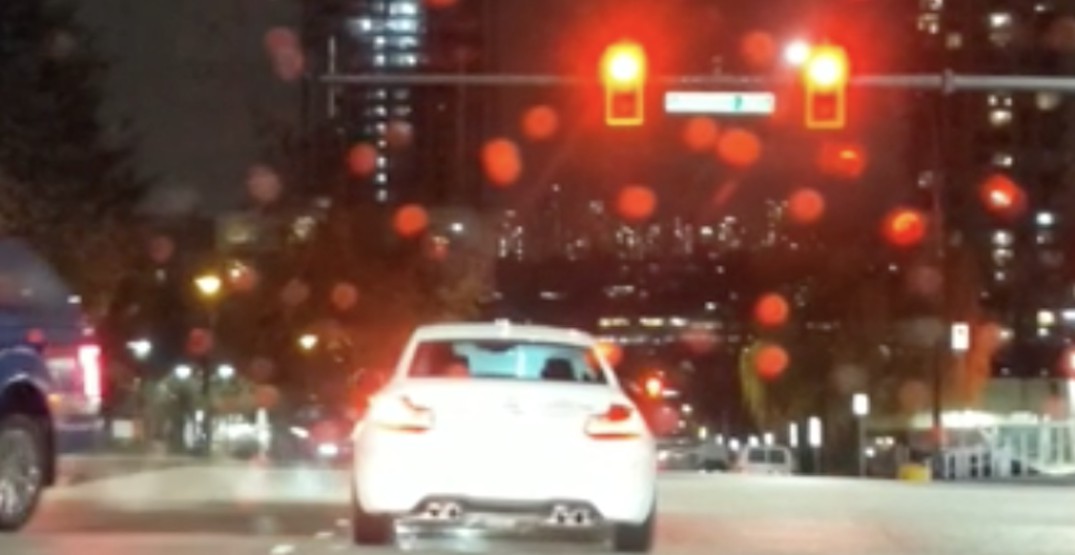 Just because you’re in a rush doesn’t mean the rules of the road don’t apply to you.

But one driver in Burnaby thought otherwise.

Video footage recently posted online by Reddit user “vancouver__xx__xx__” shows what could possibly be the worst left turn in the history of all left turns.

The incident took place at the intersection at Madison Avenue and Lougheed Highway in Brentwood area of Burnaby.

The driver in the white BMW creeps up in the left lane, proceeds to merge into the centre lane, and then takes a left — all while the traffic light is red. Traffic from another lane is also turning left at the same time because they have the right of way.

“She had kids in the whip as well. No F*ks given,” wrote vancouver__xx__xx__ on Reddit.

Turning left on a red light is pretty much one of the most dangerous moves on the road and could result in a serious accident.

But it looks this driver definitely thought they were 2 Fast 2 Furious for the streets of Burnaby.