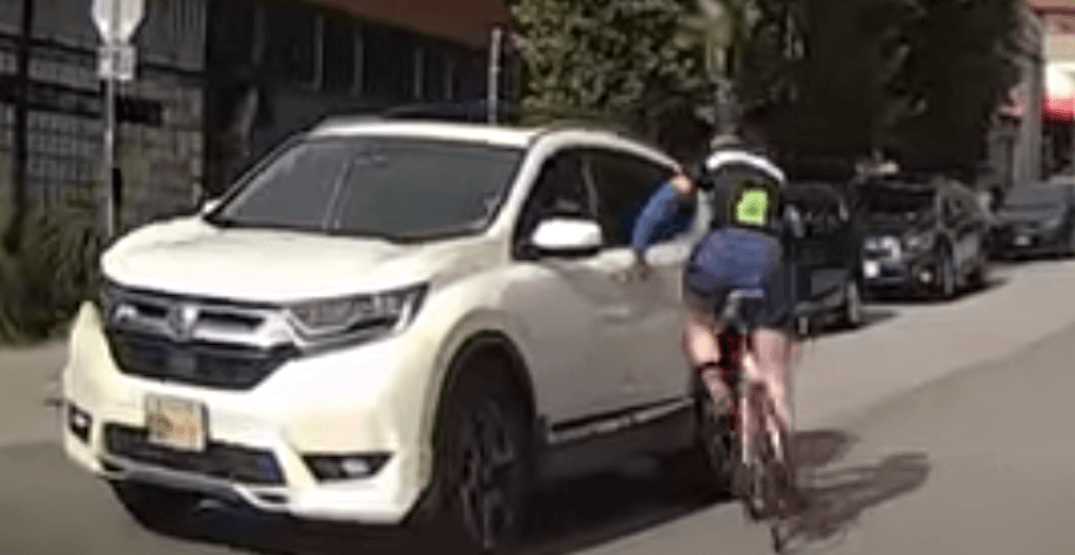 A cyclist has a minor collision with a car in a dashcam video. (YouTube screengrab)

This week has been an interesting one on the roads of Metro Vancouver, to say the least, particularly when it comes to dashcam footage.

On Tuesday, a somewhat awkward collision between two vehicles was caught on camera in Richmond, and now another dashcam has captured another awkward traffic incident.

This time, the video captured a near-collision between a cyclist and a vehicle, after the cyclist appears to ignore a stop sign at a four-way intersection.

Thankfully the crash isn’t overly serious, and the cyclist gets caught up in what could be described as a “slow fall” of sorts, after making contact with the vehicle.

Just a little reminder that the rules of the road do in fact, apply to all road users.

After all, this could have ended way worse.