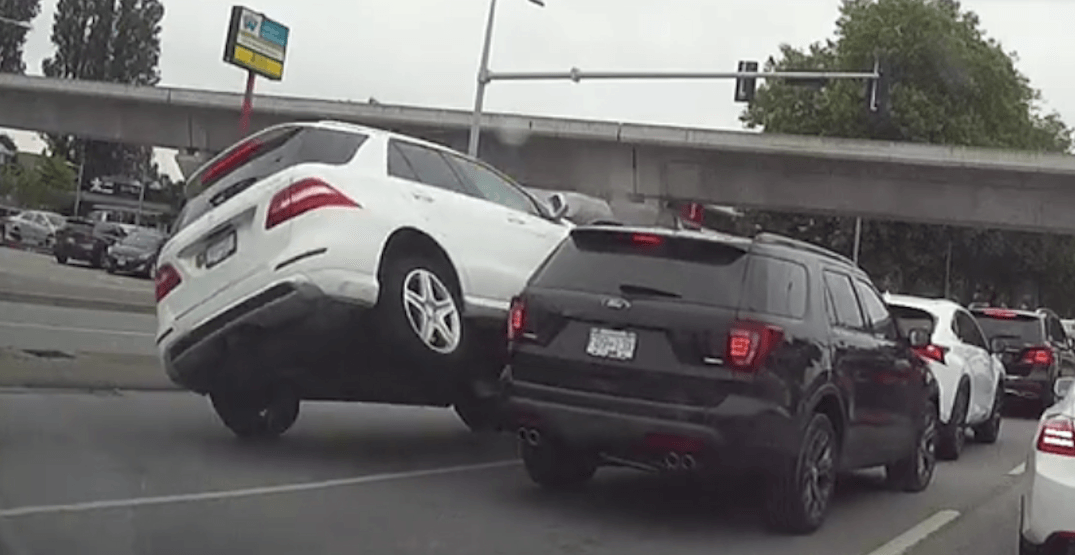 Reports of a non-serious vehicle collision in the Lower Mainland are what could be described as a fairly regular occurrence.

But every once in awhile, one of these makes us turn our heads for a second look – or third.

Take, for example, one this week in Richmond.

In a dashcam video shared with Daily Hive, Henry Chan caught just such a moment at the intersection of Alderbridge Way and No. 3 Road, near Lansdowne Centre.

According to Chan, the incident happened at 12:34 pm on Tuesday.

In the video – actually, the video below tells the story better than we can.

Go ahead and watch it – we’ll wait.

According to Chan, the “problem” was that the driver of the white vehicle “was a lady too old to drive such a powerful car.”

He speculated that the “acceleration may be more powerful than she can control.”

Well, whatever the reason, we can safely say that this is one collision that is anything but ordinary.