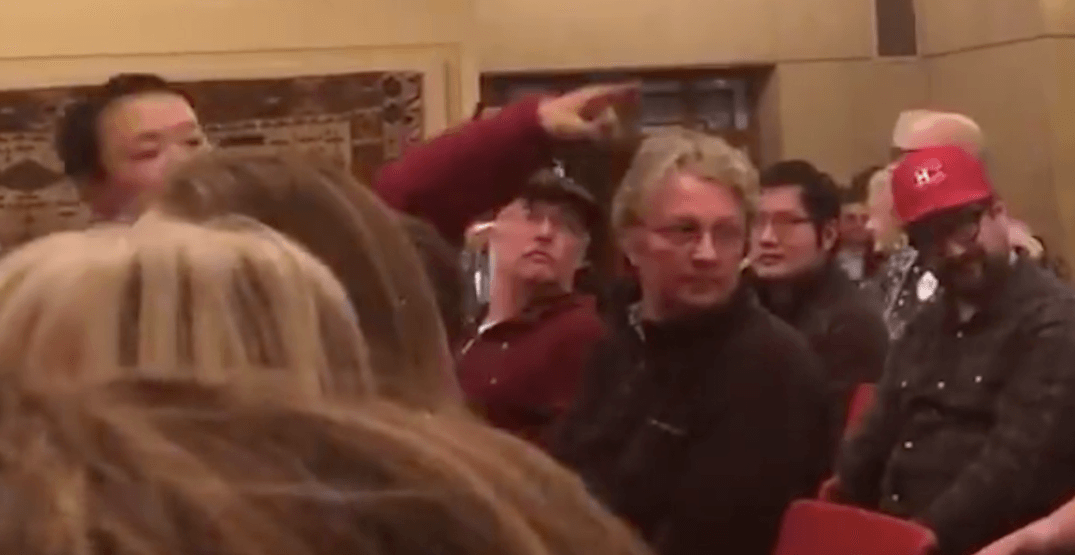 With less than a week to go until the federal byelection for Burnaby South, candidates from all the involved parties have been hitting the campaign trail hard, each with their own message and plan for the riding if elected.

And on Tuesday night, they had a chance to present their case in front of a packed house, during a town hall-style meeting at the Ismaili Centre Burnaby – the final all-candidates event before the election on Monday.

Emotions in the room seemed to be running high throughout the course of the event, and at one point members of the audience dissolved into an outright shouting match with each other and heckling of the candidates.

The crowd has broken out yelling at each other. #burnabysouth pic.twitter.com/rgC3LG7LbV

Thompson’s remarks cause the room to BLOW UP with screams of “Racist!” #cdnpoli pic.twitter.com/4teM1rDCc2

After numerous people had exchanged barbs, D’Souza managed to regain control of the crowd, imploring people to “have these conversations up here.”

All the candidates are running to fill the seat that was vacated by NDP MP Kennedy Stewart, who resigned his position to run for – and be elected as – Mayor of Vancouver last fall.

Burnaby-South voters head to the polls on Monday, February 25.