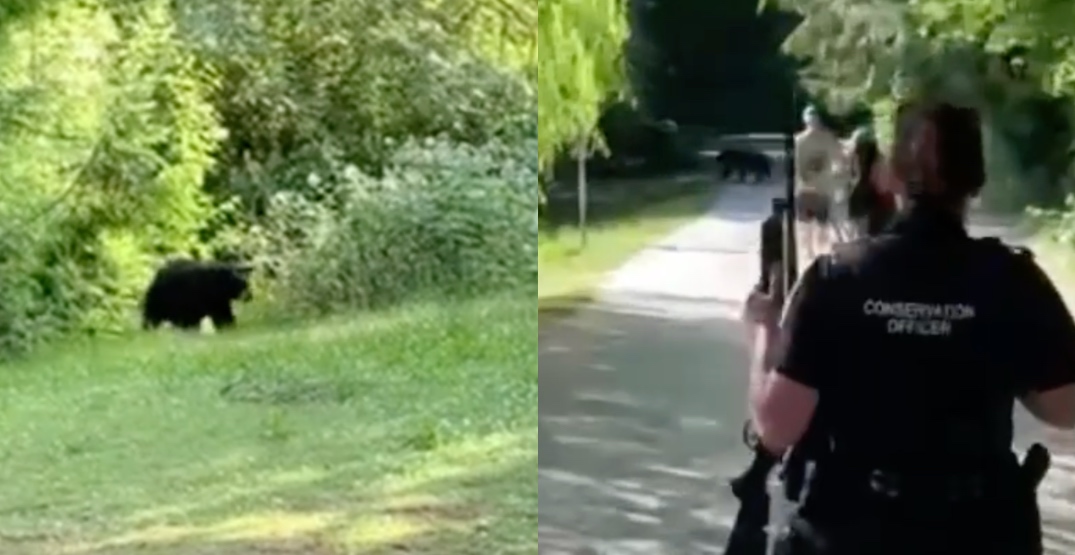 On a stroll in the park, you might expect to see squirrels, crows, and perhaps a rabbit or coyote if you’re lucky. But on the weekend, park-goers in Burnaby ran into a big black bear.

According to videos posted to social media and submitted to Daily Hive, a bear was spotted in the park in the afternoon on Saturday, July 2.

Burnaby RCMP told Daily Hive that they got several calls about a young bear in the Central Park area.

“In general the callers stated the bear was not acting aggressively towards members of the public,” said RCMP.

“We did attend the park for at least one of the calls, but we also forwarded each callers’ information to Conservation.”

“We can’t say for certain if all the calls were related to the same bear,” said RCMP.

In one video, you can see the bear is in extreme proximity to humans as it ambles along the path.

In videos submitted to Daily Hive, you can see a bear ambling in the park and a conservation officer approaching the bear.

According to the City of Burnaby, if you encounter wildlife like bears in the parks you should:

You can also contact BC Conservation Officer Services (BCCOS) and report any conflicts with wildlife that threaten public safety.

Central Park is an 86-hectare urban park very close to Metrotown with a pitch and putt golf course, outdoor pool, and stadium. Next time you go, be on the lookout for bears!

Daily Hive has reached out to Burnaby RCMP and BCCOS for more information and will update this story.