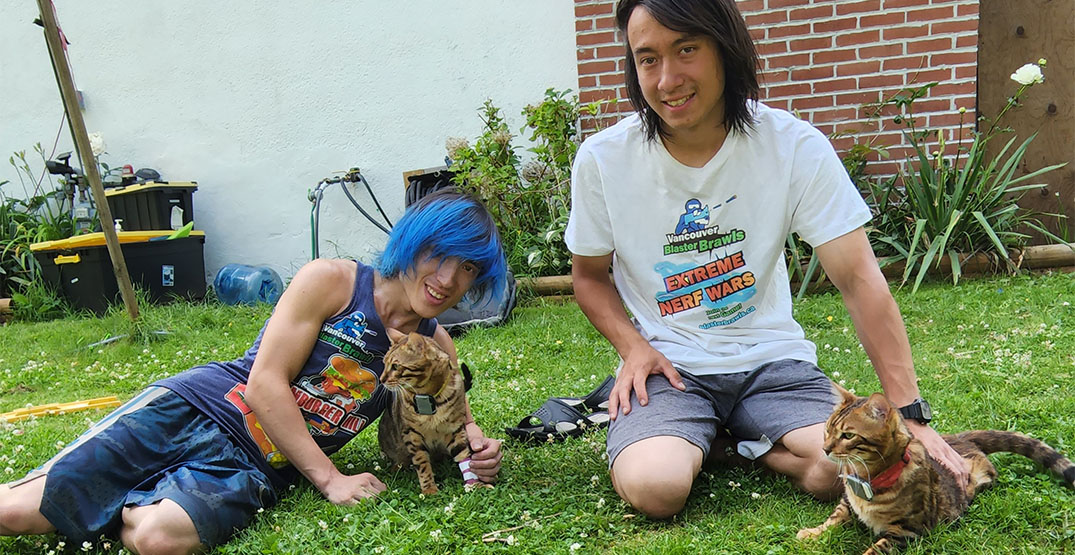 From left to right: Gavin Sturrock (left) and Cam Sturrock (right) with their cats Tigger (left) and Taz (right). (Submitted)

A wandering black bear was no match for a very brave North Vancouver cat, who chased the invader away from its owners’ driveway last week.

Tigger the Bengal cat came face-to-face with the bear on June 21, and instead of running away, he fiercely defended his turf. His owner captured part of the ordeal on video.

Brothers Gavin and Cam Sturrock were preparing for a Nerf gun battle on June 21 when they opened the door to find one of their cats face-to-face with a bear.

“There’s a bear, literally six feet away from me. I was so scared. I didn’t want to make a sound,” Cam told Daily Hive.

But apparently, Tigger had the situation under control. The cat stood tall, arched his back, and walked steadily towards the bear, who in turn backed away from the approaching feline.

Eventually, the bear turned and lumbered away, and that’s when Tigger gave chase.

Once the bear had turned away, Gavin ran out to grab Tigger and brought him back inside.

“Like, what’s the chances of a cat scaring off a bear, really? The bear could have eaten the cat. I was so lucky,” Cam said.

Tigger has a playful personality and loves chasing Nerf gun ammunition as if it’s prey. He’s also known to keep dogs and other larger animals off the family’s lawn with the same type of walk he used on the bear.

He hasn’t always been this fearsome, though. When the brothers adopted Tigger along with their other cat Taz (T ‘n T, they joke, like the explosive) Tigger was fairly underweight and later became sick. 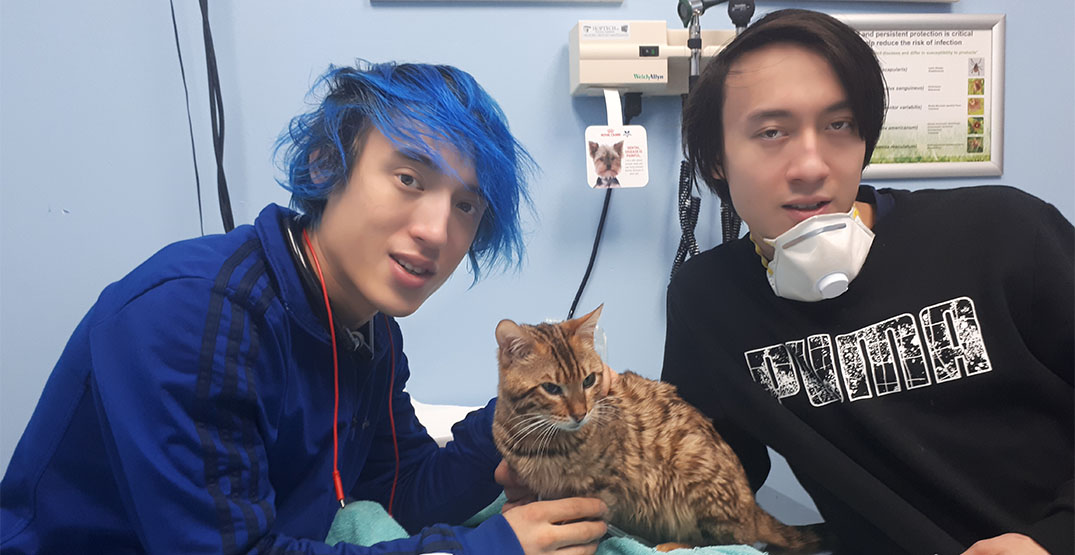 But after several months and several thousand dollars of treatments, Tigger recovered. Ever since, his tough and tenacious personality has shone through as he puts dogs in their place, chases anything that flies, and apparently defends the home against bears.