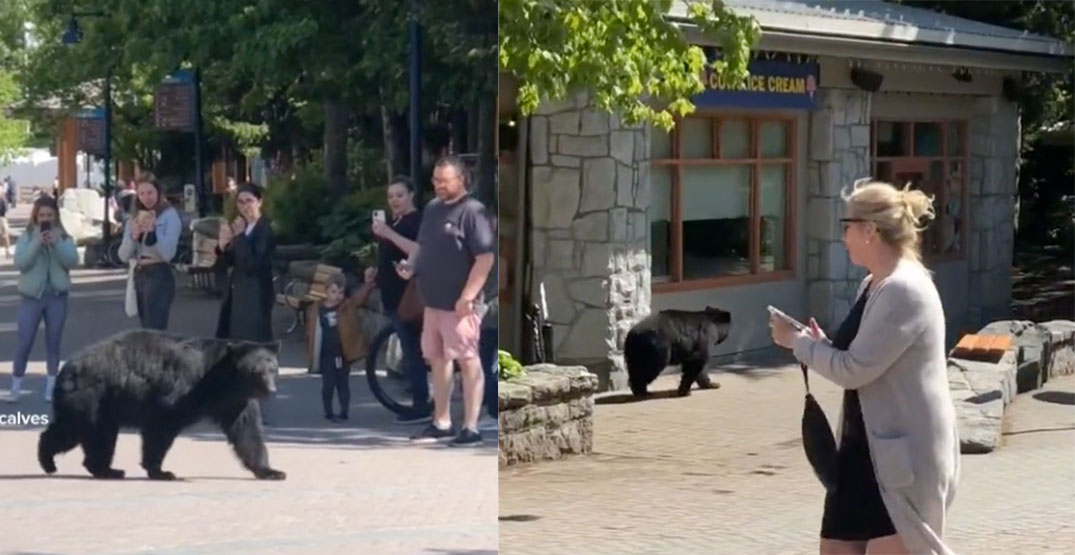 People walking along the Whistler village stroll last week got a shock when a black bear casually meandered through the walkway.

Wildlife photographer Melissa Alves happened to be on the street at the same time and shared a video of the bear’s touristic venture to TikTok on June 20.

The bear lumbers along the sidewalk while pedestrians give it several metres of space. One woman saw the bear and immediately turned around, while others stood a few metres back and filmed it.

The creature walked up to Cows ice cream, and Alves said it tried to get inside for a sweet treat.

“Casual day exploring the village,” she wrote in the video. “He tried to get some ice cream from Cows but had the doors shut on him.”

The video was quick to rack up views, and other users commented about how cute it was. One person also said bears in Whistler are searching for food at lower elevations right now due to the higher-than-usual snowpack in the mountains.

“If not friend, then why friend shaped?” wrote one commenter.

“The dad getting a picture instead of protecting his daughter says everything about the world right now,” wrote another.

“Please someone get him some ice cream,” wrote a third.

Earlier this month, another black bear sniffed a woman’s leg and followed her for four minutes along a paved walking trail in Whistler.

According to the Resort Municipality of Whistler’s website, both black bears and grizzlies are found in the area, but black bears are more likely to become habituated to humans.