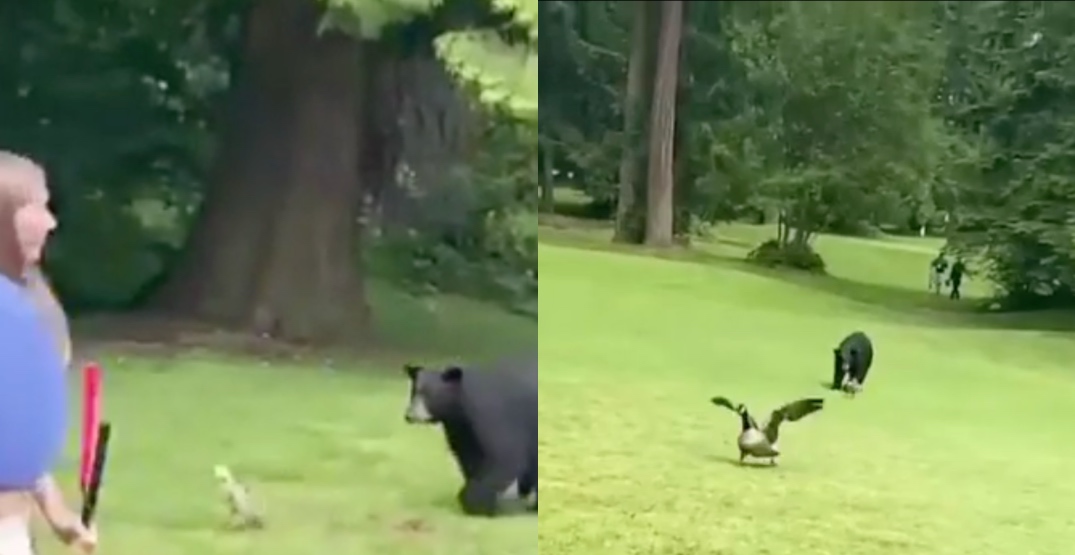 Editor’s note: the video in this story could be upsetting for some readers.

On the putting green, you might hear people call out “fore!” but you don’t expect to hear them call out “bear!”

That’s exactly what happened at a popular golf course in Burnaby on the weekend after BC RCMP received multiple reports in the late morning and early afternoon regarding a young bear in the Central Park area.

One video posted to Reddit shows a bear frolicking along the green as it chases geese and golfers around.

“In general the callers stated the bear was not acting aggressively towards members of the public,” said Burnaby RCMP.

The same, however, can’t be said for one unfortunate goose.

In the video, you can see the bear chasing the geese as human golfers scatter. Then, it seems like the bear catches a young gosling.

Daily Hive has reached out to BC Conservation Officer Service for more information on the bear in Burnaby and will update this story.

More videos of bear sightings in the park throughout the day were shared on social media.

According to the City of Burnaby, if you encounter wildlife like bears in the parks you should:

You can also contact BC Conservation Officer Service (BCCOS) and report any conflicts with wildlife that threaten public safety.